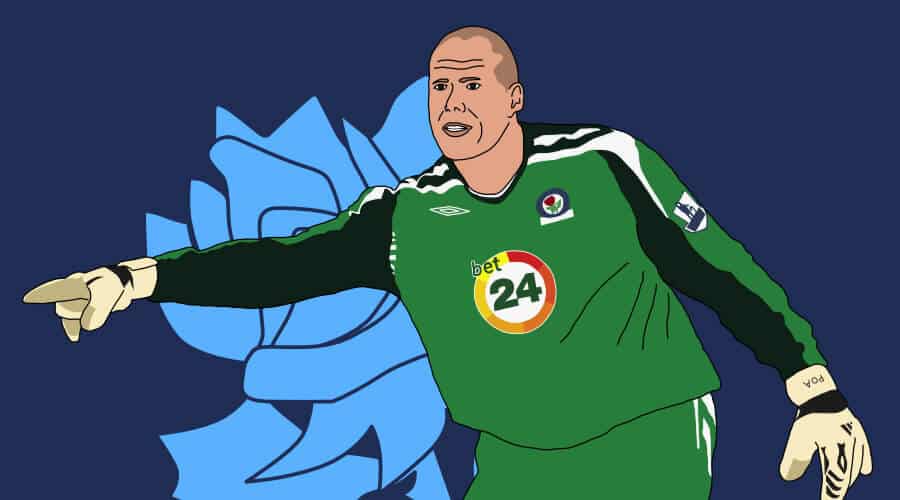 It’s rare that fans of Blackburn, Spurs and Villa can like the same player equally. But Brad Friedel is a rare form of goalkeeper!

You know, I don’t half detest some of today’s journalistic tendencies, and as myself and our contributors do their best to do, we’re here to focus on what they ignore and look at the game in a different (more well-rounded view). And in keeping with this tradition, we want to spread some love towards those who elect to take up the loneliest role on a football pitch. It may also be because I was a wannabe goalkeeper once upon a time, but the less said about my failed trials and gallons of tears, the better!

The eagle-eyed readers amongst you ultras might notice that the yearly numbers mentioned in the title look slightly off … and you’d be right! However, the reason for this, is because Brad Friedel’s reputation was gained from 2000 onwards in the Premier League.

Don’t believe me, well, just remember that prior to this, he’d spent 3 years at Liverpool; playing understudy to David James and Sander Westerveld … and only earning three sentences in his Wikipedia entry. So, that’s that!

Most certainly, dropping down a division to join Graeme Souness’ Blackburn Rovers in the summer of 2000 was one of the wisest choices that Brad Friedel could have made. It also speaks to the mindset of a man who’d rather take a pay-cut to prove himself in a struggling side; than to live out a meagre existence at a higher level where his game time was reduced. And while we’re on the topic, we’ve discussed a number of high-profile Bosman moves during our time here at Ultra UTD, but I personally rank this one among its more underrated business dealings.

He went on to make just shy of 300 appearances for Rovers over a 7 year period, and was even inducted into their club Hall of Fame alongside ex-star striker Alan Shearer in 2019. While at Ewood Park, I think pretty much everybody became enamoured with just how calm and stable Brad Friedel seemed to be. Standing just over 6ft tall and built like Snitzky from the WWE (shout-out if you remember him by the way), he never seemed to overawed by the occasion and was a strong all-round ‘keeper.

While at Rovers, his consistency and dependability between the sticks paved the way for a very strong Rovers side – perhaps the most talented since their only league win in 1996. And it would be an over-achieveing Aston Villa team that would prise away the North-West’s most coveted American from Ewood Park. While there, he reached the enviable landmark of playing 250 consecutive appearances for his side.

Just think about that for a second: Brad Friedel was able to bat away competition from the lower ranks of the club to even be the manager’s choice in the ‘lesser competitions‘ as well as the Premier League. He was even very influential in taking Aston Villa to an FA Cup run in his final season before Tottenham came calling.

In the twilight of his career and presumably brought in as emergency cover for Spurs’ struggling last line of defence in Heurelho Gomes, Brad retired in 2015 having made just 50 appearances across 4 seasons in London. But regardless of this, it’s most certainly his time at Ewood and Villa Park which have cemented his reputation; as one of the most confident, impregnable and sought-after stoppers in his Premier League era.

Any Brad Friedel fans about? Let us know what you think about the US shot-stopper in the comments below!