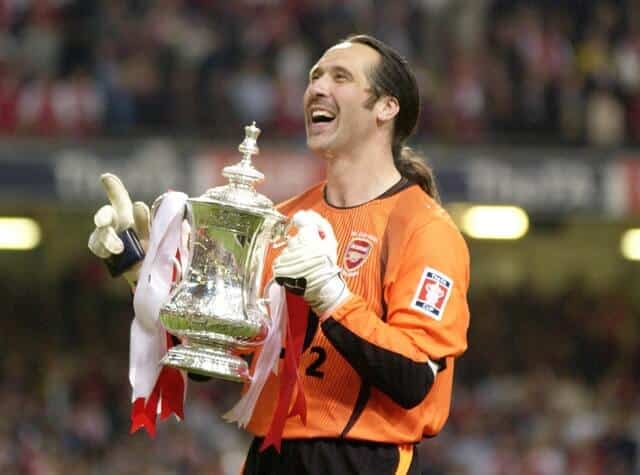 Imagine a life where David Seaman didn’t play for Arsenal Football Club … well … it was very nearly a reality!

Contrary to popular belief, David Seaman did not grow up being an Arsenal fan, and was in fact far from their wish list by the time their manager even bothered to look at him. He was a down-to-Earth Leeds fan who didn’t get the chance to join their professional ranks before Peterborough United and Birmingham City gave him the front-line exposure he deserved.

His most pivotal move around that time, however, came when Queen’s Park Rangers (‘Q.P.R.’) registered their interest in the big stopper in 1986. £225,000 later – a fee that wouldn’t even buy you Marcus Rashford’s shoe nowadays – and he would be an ‘R’ for the next half-decade-or-so in Central London. And two things happened there; both of which proved pivotal to David Seaman’s eventual career in the English Premier League.

Throughout four very strong seasons in the Q.P.R. net, David Seaman attracted plaudits from all over the country – and with the Premier League itself going through a much-needed revamp at the time (then titled ‘The First Division’), I’m pleased to report that even Leeds United looked in his direction. But not for long enough before a distinctly different ‘United’ team put forward a more solid offer … as in … Manchester United!

Yes, you read that correct, in 1990 (with David Seaman’s career all but certain to depart Loftus Road), Sir Alex Ferguson saw him as the ideal person to take on Manchester United’s long-term goalkeeping post. But as I said before, there were two things that almost made Seaman’s decision before Sir Alex had his chance to wove some of that Scottish charm on him. And these were: his affiliation to the city of London, and what ex-United midfielder Ray Wilkins (then a coach at Q.P.R.) had mentioned to him.

“Ray [Wilkins] came and told me that [Manchester] United and Arsenal wanted me. And it was he who said ‘you go to United, and you’ll eventually win trophies, guaranteed. But if you go to Arsenal, you’ll win trophies right away.”

David Seaman
on his move to Arsenal in 1990

And technically, Ray was right. Inexplicably so. Arsenal went on to win the league in his first season there before Leeds claimed the final First Division title, and then Manchester United did what Manchester United did. But just think about how different things could have been had David Seaman’s head been turned to United instead of Arsenal. Oh, the dominos …

It’s stories like these which build the greatest teams of all time, and at Ultra United, we are dedicated to making sure that more people understand the importance of them. Because think about it: if Arsenal hadn’t have been able to sign him, then they would have relied on somebody else – perhaps fan’s favourite John Lukic who moved to Leeds to make way for him – and it would have been very difficult for anybody to have the eventual impact that David Seaman did on their squad.

Then, if United had signed Seaman, there’s not much to suggest that he would have settled in as well there as he did in London (with his time with Rangers contributing significantly to that), and then Sir Alex most likely wouldn’t have signed Peter Schmeichel as their long-term ‘keeper. So, basically, had David Seaman not been bought by Q.P.R., it’s highly likely that Manchester United and Arsenal would have struggled in the years to come – and we could be speaking of somebody else in a similar light than what we do now for our favourite pony-tailed shot-stopper. Football is unreal, sometimes isn’t it?

Did you know this happened with David Seaman? If not, share this on social to others who didn’t either!

1 thought on “The Call That Changed David Seaman’s Career!”