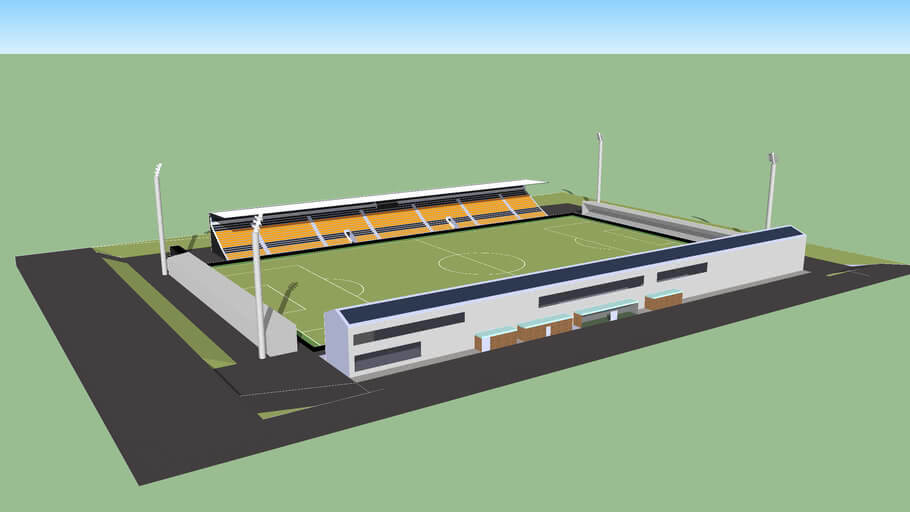 I went to Barnet FC with very little pre-conceptions in mind. Yet even then, I was rather surprised when I arrived at the Hive.

In case you were wondering, no, I am not a fan of Barnet FC. I have nothing against ‘The Bees’ or what they’re trying to do – I’ve just never held a particular affiliation to the club – even when I came to London for university in a student halls which lived maybe two-or-three miles away, that lack of affiliation never subsided. And if I’m being honest, I barely knew they were even a football club at all until Edgar Davids decided to shake things up by becoming their manager in the summer of 2012.

Therefore, you’re probably wondering – why did I even bother going down to watch Barnet FC in the first place if I wasn’t a particular fan. Well, there were two reasons: 1) since living in London, I wanted to visit every single club they had here and 2) I just so happened to know the-then Head of Recruitment at Partick Thistle Football Club (in Scotland’s Second Division) who needed toms scouting done on the outskirts of London. The two meshed in perfectly with each other, and I volunteered to help him out.

I went into the whole thing completely blind, barring some scouting experience that I’d had for a football agency named NII Sports Management – go and check them out by the way, class set of individuals over there! Away from that, I didn’t know that level of football very well (Vanarama National League), he didn’t give me anyone in particular to look out for … and I barely knew how to get to the stadium. Which, in itself, was quite the odd little trek if those at Barnet don’t find that an offensive phrase!

Once you get out of Canons Park station on the Jubilee Line of the TfL network, you turn left along the main road before cutting through the park on the right-hand side. I can’t, for the life of me, remember what the name of this bleedin’ park is but I wanted to keep this authentic. Upon entry into it, you’re walking for at least 10 minutes before you can even see the stadium’s floodlights – with nothing but anonymous grass clippings to grant you wherever you turn your head, except perhaps a random train which runs adjacent to the ground. But then you see it, and I must admit, it’s a pretty phenomenal site for a lower league football ground.

At the time, I hadn’t really had the chance to go to many non-league grounds and even to this day, I don’t consider myself an expert. Though I’ve spoken before about the size of a stadium, let’s say, like Salford City’s Peninsula ground, and as far as physicalities go – Salford can’t hold a candle against these lot at The Hive. It’s pretty tall in their main stand, the pitch was spotless when I arrived for a mid-week FA Cup game, and they even treated us to some Sky Sports News before the game took place – and just in time for me to see Bruno Fernandes sign for Manchester United, so it was a pretty decent day all round!

For only £10 per adult ticket, I strongly suggest that those local to the Canons Park area make a bee-line to go and see Barnet FC. For a club with their level of infrastructure and the history that I was able to learn about just by looking around its insides … it deserves far more respect than what it has done so far. Chillingly, I now look back and think that (in the current climate), clubs so far down with as much overhead to look after might struggle to survive. So, when play resumes, let’s go down and have a beer (or water) at Barnet FC’s ‘The Hive’. I’m sure it’ll be a fun day out for all.

Have you ever been to ‘The Hive’ to watch Barnet FC? Let us know in the comments below and Tweet us a pic!