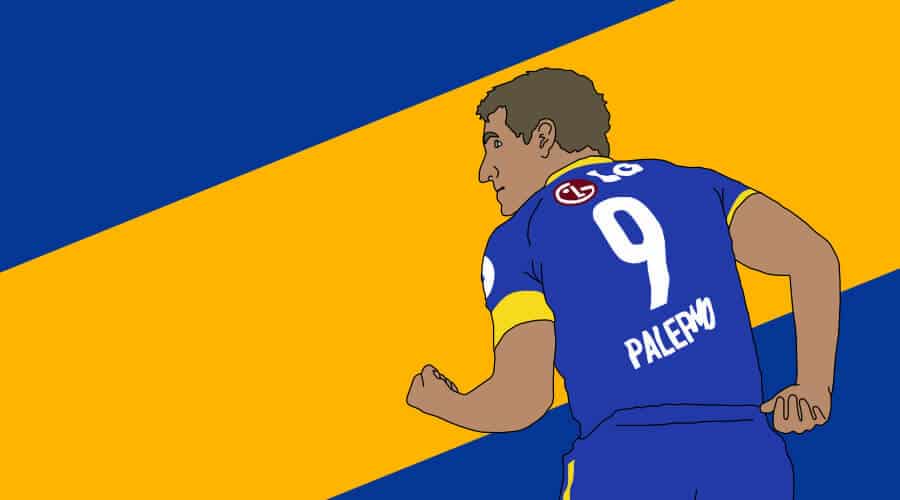 Things could have been very different in the world of Martin Palermo. But ‘destiny’ is a funny ol’ thing in football, isn’t it!

You know, there is a certain romanticism attached to great South American strikers. Players such as Ronaldo Nazario, Sergio Aguero and Carlos Tevez capture the imagination of fans worldwide with their mix of dazzling flair and devastating finishing. They compete for honours at the top of the game, and people worship their abilities regardless of club loyalty. In fact, we have a previous article up from a United fan writer who waxes lyrical about Carlos Tevez … kind of … I mean, he tried!

The outrageously talented Martin Palermo looked set to join this pantheon of greats, but his career jerked from dizzying heights to crushing lows. A mixture of injuries and circumstance meant that eternal glory remained tantalizingly out of reach. However, the striker still managed to etch his name in Boca folklore, thanks to his passion and eye for goal. And if there’s one thing we’ve learned about the passionate attendees of La Bombonera, it’s that once you get into their hearts – you’re never really going to leave. Unless you play for River Plate; ’cause that’d get you hurt.

In 1999, Martin Palermo had the world at his feet. Imposing, skilful and instinctive, he tore apart the Argentinian First Division. 35 goals in all competitions, for his beloved Boca Juniors, generated intense interest from Europe’s big clubs. In fact, it was a similar rise to stardom to those Boca Juniors legends before him – like the aforementioned Carlos Tevez and perhaps even Diego Armando Maradona, so it’s safe to say that Palermo was on his way to football’s pinnacle … before the unthinkable happened …

He tore the ligaments in his right knee, in a game against Colon – an injury that would have even the hardest of hard men begging for the stretcher treatment. Instead, ever-hungry to please the insatiable Boca faithful, their iconic servant elected to play through the pain – and ironically notched up his 100th career goal in the process. Unreal, isn’t it? Nevertheless, the chickens soon came home to roost, and a lengthy spell on the side-lines followed for the in-form hitman, and a transfer to Lazio collapsed.

There were moments throughout Palermo’s career in which it felt like destiny drove the striker. This was never more the case than during his rocky-like return from the career-threatening injury. In his first appearance back, he came off the bench to knock River Plate out of the Copa Libertadores (the South American equivalent of the UEFA Champions League). There was bedlam in La Bombonera, they had conquered their bitter rivals, and the Boca faithful revelled in the return of their golden boy. Soon after, Villareal came knocking for the Argentinian, and he finally secured his move to Europe. The only way is up, right?!

Well, he had begun to establish himself in Spain before tragedy struck again. Palermo scored a goal and hurtled himself into the fans behind the goal. During the celebrations, a concrete wall collapsed and the striker broke two bones in his leg. Palermo’s form never recovered in Spain, and just two seasons later he languished in the second division with Alaves. Boca swooped in to rescue their stranded star, and Palermo came home for the final eight seasons of his career. He littered these final seasons with a collection of memorable moments …

All of which cemented his legacy in Boca which, despite his stumbling CV, is enough for Martin Palermo to live with. He claimed, in the Netflix documentary ‘Boca Juniors 3D’, that ‘destiny wanted me to stay at Boca’. And who could doubt him? With 236 goals and 6 league titles for La Boca there is no doubting his legendary status. So, he may not have had the career of an Aguero or Tevez, but his reputation remains where it matters most to him. A local hero … with a global impact.

Share this and tell us your best moment of Martin Palermo at Boca Juniors! Try and stick to one if you can!