Will Kalidou Koulibaly EVER Come to England?! 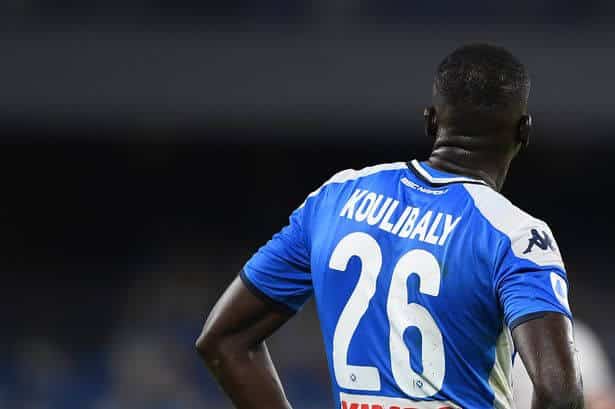 I dunno about you, but I’m getting a trifle tired over all this Kalidou Koulibaly nonsense. It’s jarring!

With the January Transfer Window upon us Kalidou Koulibaly has been linked with the giants of the game yet again – in fact, it seems a pre-requisite of ever window over the past few years to circulate this story. Figures anywhere between £60 – £90 million have been reported by the press but will this man ever represent an English club, and if so who needs his services most? Let’s take a deeper look into this, shall we?

Liverpool and Manchester City have been linked with him more so than the other ‘Big 6’ in the Premier League and have been for the last few years now. More to the point, when Virgil Van Dijk was struck down by that long-term injury at Everton in October (apparently, Michael Oliver regrets that decision about Jordan Pickford, by the way), Liverpool fans and some of those in the media were screaming for the club to make Napoli an offer. Just thinking about it, the idea of VVD lining up alongside Koulibaly could form one of the most impregnable defences assembled (on paper, at least)

Although to disappoint the fans in red, Jurgen Klopp has pretty much ruled out any big transfers this Winter window; suggesting that a ‘knee-jerk’ reaction to Van Dijk’s injury is not conducive to Liverpool’s long-term development. Further east, Manchester City are also unlikely to sign the Senegalese centre-half; having acquired Ruben Dias in September who has struck up a very good partnership (it seems) with the in-form John Stones. Also, with Aymeric Laporte and Nathan Ake sitting on the bench, it doesn’t feel necessary for Pep to chase his services at this time.

The question still remains: where will Kouibaly take his career? He’s been cited as one of Europe’s top defenders but playing in an underachieving Napoli team; where it’s easier to rise to the top than within other settings. From what I’ve seen of him in the Champions League and Europa League he seems what I like to call a proper no nonsense defender with strong ability on the ball. I’m sure there are many clubs out there who could use a player of his stature and ability, but at the age of 29 how long does he have left in his footballing career to make the move to a club who are lifting silverware or are en route to domestic titles.

This is no disrespect to Napoli who are and always will be a big club in Europe – gotta tip out hats off to Diego Armando Maradona for contributing to that; but when a player is strongly linked with the likes of Liverpool, Manchester City, Barcelona and Real Madrid, then nine-times-out-of-ten, the player is seduced enough to make the move that everybody expects. What I will say, and this is from a point of view from someone who doesn’t reside in Italy, Koulibaly never seems to kick up a fuss and I am aware of no transfer request being handed in.

There has been word that he would like to retire at Napoli if given the choice and I must say that is a form of loyalty that everyone in football should admire. Having said that, it would be interesting to see what the situation would be if Mino Raiola was his agent, for he may have been tossed in the back of a car by now and forced to sign for one of those clubs before the word ‘loyalty’ could even get out! It will be fascinating to see what the next steps are over the next year or so for Kalidou Koulibaly and if we will see him in the Premier League or featuring in the El Clasico …

But the question for you is … what do you think the future holds for Kalidou Koulibaly! Get your thoughts in the comments!

previousKevin Keegan: ‘My Life in Football’
nextAsamoah Gyan: One of Ghana’s OG Superstars!