Welcome to Vale Farm: The Home of Wembley FC 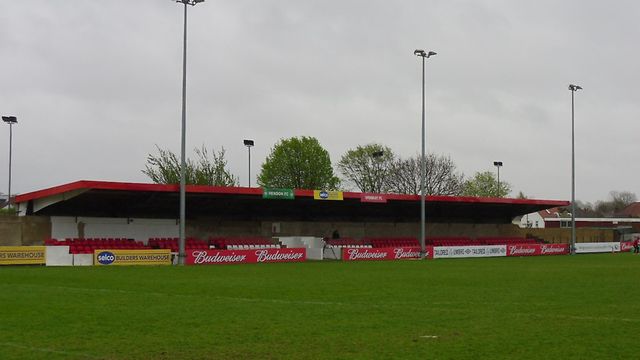 In the shadow of the famous stadium’s ark located about two miles away, lies the humble abode of amateur side Wembley FC.

Unlike the majority of our articles here at Ultra UTD, this is an opportunity to find out more about the author than you normally would. In 2015, I made the parent-angering decision to move to a university far away from home. Growing up in Birmingham, and experiencing its warm, yet somewhat stifling ‘gold-fish bowl’ paradox, the idea of relocating to the ‘big city’ was one that was far too alluring to ignore. So much so that I used all five of my UCAS applicant spots for London-based institutions before the University of Westminster decided that they wanted a bit of me!

In what turned out to be the most eye-opening and important three years of my life, football was never far away from accompanying the full-time law degree that I decided to take on. In line with this, I got myself a gig working voluntarily for Northwood Football Club as their unofficial Marketing Assistant – doing social media campaigns, graphics, match reports and whatever else I thought was necessary to cram my foot in the door of the industry that I felt so inclined to be a part of!

Then, after searching through the official Footy Grounds website for more non-league grounds for whom I could hopefully elbow my way into another role, I found Wembley FC – stationed a mere stone’s throw away from the student accommodation that I called ‘home for the past two years’. And when I got there, I felt something … something … strange!

Pretty much a straight walk through Wembley Central, and you’re only a tweak of the neck away from being confronted by a small patch of allotments which run adjacent to Vale Farm – the home of Wembley FC. Now, from the outside, it doesn’t exactly appear to be one of the most jaw-dropping, nor monolithic stadiums ever forged – perhaps my prior experience at the impressive ‘Hive’ stadium in Barnet ruined that for me a little bit – but it’s a delightfully wholesome place to be.

You get to the front gate and you’re confronted by the ticket operator before shuffling through a tiny gantry which introduces you to the West side of the stadium. On your left side, you have a small food stall and if that doesn’tt take your fancy, you can go through to the main clubhouse. Which, considering the size of the club and one’s general expectations of this, is a very pleasant experience – beers and pies aplenty when the kitchen’s on!

And when it comes down to the small matter of actually plonking your arse on the seat and watching a bit of football, a number of paradoxes become clear. You realise that, despite being just a mile down the road from Wembley Stadium, this brand of the game perhaps isn’t suitable for that kind of surface. But who cares? When you’re that close to the action and adore non-league football as much as I do, experiences don’t come much more raw and authentic than football at Wembley FC.

Even just by looking at some of the snippets from the video on my personal YouTube channel (above), you can hear absolutely everything that happens on that hallowed turf. Wembley FC are known for being an exuberant bunch in the Spartan South Midlands Premier Division, and it makes me quite proud to know that my local club is all about being genuine and real for their audience. They just feel so damn relatable! Sure, we might have lost the game, but you can’t win ’em all, can you?!

Going forward, I hope to help out as much as I can for this club to see where they can go in the future. After all, they have the hallmarks and foundation to be a very sturdy and valued member of the UK non-league footballing pyramid, and it would be a great shame if they were to continue to struggle through the current times. Let’s remember the littler guys, ay?

As I say, my local side is Wembley FC, who’s yours? Get them down in the comments below!