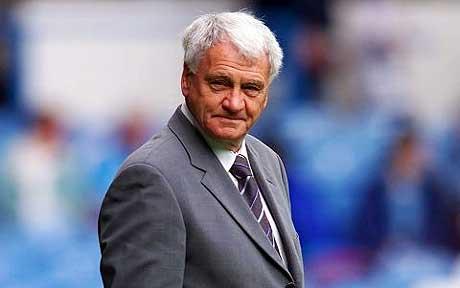 The ‘Sir Bobby Robson: More than a Manager’ documentary is still available to watch worldwide on Netflix.

I don’t ask much of most people – in fact anybody, really! I feel like that the best reactions always come from others when you leave them to their own devices in order to (hopefully) get to the same conclusion as you. But what I will say is, if you want to really get into the mind of one of the greatest ever football managers, then I implore you to watch this about Sir Bobby Robson.

In the way that it’s made, the producers have done very well in establishing a key timeline of events which take the viewer seamlessly what is a very varied and turbulent career in the spotlight for Sir Bobby Robson. From his fabled tenure in charge of Ipswich Town (which was unconventional in its own right), through to his ignominious dismissal from jobs with England, Newcastle United and FC Barcelona, it was a wild ride.

And the reason I bring this up is because we have this debate a lot: about who the ‘greatest’ managers of all time are. For this, we always happen upon the same criteria: what’s their man-management like, were they tactically competent, have they managed in multiple countries, what’s their success rate, what do players and other managers have to say about them. Well … name one manager who’s as equal across the board than Sir Bobby Robson … don’t worry, I’ll wait!

As I say, the documentary doesn’t leave many stones unturned, and is very good at packing a very eventful career into a bite-size two-hour piece. And considering some of the tat on Netflix and other streaming platforms, I’m surprised to see that this wasn’t dragged out into a more in-depth series than this movie-like option. Either way, I’m not complaining.

We look through the media headlines to see what the realities were behind situations like Italia ’90 and his ‘promotion’ at Barcelona in 1996. We understand a lot more about how Sir Bobby liked to rally his troops before big games and keep them united as times got tough. Yet more interestingly of all, we finally get to hear what some of his former players thought about the man – in about as uncut and true a way as is humanly possible to conceive. And the way they speak about him is a real pleasure to watch.

Players like Paul Gascoigne, Gary Lineker and even the great Ronaldo (who only played under Sir Bobby for a single season in 1995-96; we’ve already looked through his year in Catalonia before under the ‘Ultra Teams’ section of this website but you knew that, didn’t you?) speak wonders about Sir Bobby Robson as a coach and as a man. About how he always knew the right thing to say, when to say it and how to say it.

” It really is a shame that I only spend that one year with Sir Bobby [Robson] at Barcelona. I wish that I could have learned more from him than I did. It’s a major regret of mine. “

He was a man of the people who was simply obsessed with the game, and wanted his players to know just how lucky they were to represent their people. With him, what you saw is just what you got. And when your praises are being sung by people who have arguably been more successful than you – and even they wish that they possessed even an ounce of your personality and credibility within the sport, then it tells you all you need to know about Sir Bobby Robson. Honestly, please watch this documentary!

Have you already seen it? Share this and tag us in your best Sir Bobby Robson moment!

3 thoughts on “Sir Bobby Robson: More Than a Manager”