The Ultimate Sir Bobby Robson Quote We All Need to Hear! 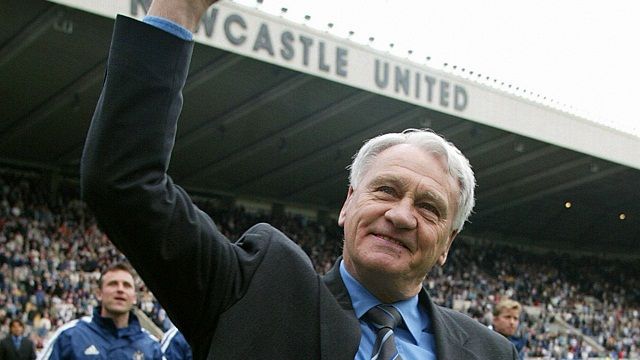 Have you ever wanted to hear about the beauty of the game directly from one of it’s favourite contributors? Well, dig into this wonderful Sir Bobby Robson quote from later on in his illustrious managerial career …

I’ve said this before and I’ll say it again – I truly wish that more people mould their careers based on the life and time of Sir Bobby Robson. For not only was he a highly impressive man-manager with the ambition to ruffle a few feathers in whatever project he went for, but he was also an incredibly passionate ambassador for the game.

We did a piece not to long ago about his documentary which you can read here, and there’s a snippet there where he refers to the game ‘like a drug‘. His own doctor at the time says that he ‘wouldn’t function properly without it‘. Now, I’m not abdicating for us all to approach the game like that because it can be unhealthy for most to do such a thing, but his love and adoration for the sport is something to be admired as a microcosm.

Given his proficiency for the spoken word and ability to speak with the right tone at the right tone, you would expect even the average Sir Bobby Robson quote to hold a certain level of eloquence and gravitas that very few managers could seldom reach. And this one, the one we focus on today, is a truly beautiful example …

Not the buildings or the directors or the people who are paid to represent it. It’s not the television contracts, get-out clauses, marketing departments or executive boxes.

It’s the noise, the passion, the feeling of belonging, the pride in your city … It’s a small boy clambering up the stadium steps for the very first time, gripping his father’s hand, gawping at that hallowed stretch of turf beneath him, and without being able to do a thing about it, falling in love.”

IMO, the greatest Sir Bobby Robson quote of all time (circa 2005)

I posted this on my Linkedin feed recently actually, and in fact, it’s the social media profile that I use more frequently than any other, so click around here if you feel like sending a cheeky connection request. In that post, I said that he ‘just gets it‘. And I can’t think of any better group of words to typify this great man’s view on our game.

All in all, his passion could be portrayed into many different emotional displays. But if there ever was a Sir Bobby Robson quote which explained his overall aura, then it’s the one above. For he believed that being a footballer was a privileged undertaking, and it was the duty of his players to recognise this and put on worthy displays.

To him, their role was to put on a real show for the fans – who spend their hard-earned cash to show their support each and every week. Because let’s not forget, there once was a time where he was one of those fans. And what I love most of all is that he never forgot that childhood dream and dedicate the remainder of his footballing life to making sure his players didn’t either. There really will be no one like the great Sir Bobby Robson. Rest in Peace, old friend, and thank you for all of the lessons you’ve given us over the years. From the football community as a whole … we love you and always will.

Do you think that this is the most iconic Sir Bobby Robson quote of all time? If not, then get some alternatives down in the comments below!

previousA Subtle, Yet Remarkable Gesture from Scott Brown
nextCan a Law Degree get you into the Football Industry??