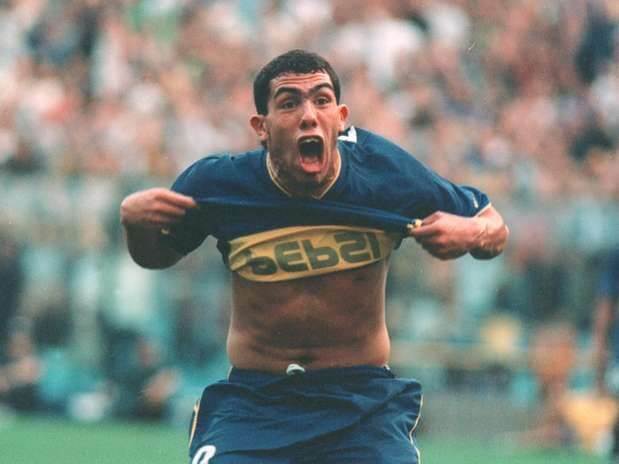 If you don’t know much about this, let’s just say that Carlos Tevez’ earlier life wasn’t all too kind to him to say the least.

Now available on Netflix across their global audience, is the turbulent tale of Carlos Tevez’ early footballing life. In this eight-part drama set in the favelas and underprivileged areas of Argentina (just on the outskirts of its capital, Buenos Aires), it goes through the very turbulent and violent surroundings from which a young football player emerged.

Beginning in earnest in revealing how Carlos sustained his now-synonymous scarring on his neck and upper-body, you quickly realise that this documentary is going to be anything but fun and games for the viewer. In case you’re unaware of how he sustained this injury, it was a near-fatal accident where his aunt (soon to be considered as his mother due to his estranged relationship with his birth mother) left a cup of maté near baby Carlos before he reached out towards the bottle.

It then poured into his skin and neck, leaving third-degree burns on the one-year-old – his life only saved by a series of skin grafts and breathing aids to ensure that he made his way out of it alive. But if you think that this would be the hardest thing he’d deal with, then you’re dead wrong. Certainly a different vibe to the Sir Bobby Robson: More than a Manager documentary (also on Netflix), which we discussed not too long ago.

Captured wonderfully in a raw and uncut fashion, this dramatised series surrounding Carlos Tevez early life in the Fuerte Apache neighbourhood (hence the title) is as genuine as they come, and it helps to bring a whole new view to Carlos that has perhaps been lost on a lot of the western media. Here, a lot of us see him as some disingenuous trouble-maker who cares only about himself, when in actual fact, his values are aligned with what he’s had to deal with when growing up.

The oldest of four children in the Tevez household, they were situated in a neighbourhood that was overrun by gang violence and drug presence. Essentially meaning that Carlos was one or two bad decisions away from going down the most ‘obvious’ sinful path than the one he ended up choosing. One which even his closest childhood friend (constantly referred to as the ‘Uruguayan’ by others around him) resorted to very quickly.

The script journeys through Carlos Tevez in the local football scene also, which I found a particularly interesting ploy in the series because it’s somewhat a lot more alien to the Western world than elsewhere. Particularly in South America, it’s commonplace for local lads to become ingratiated in their neighbourhood clubs more than the larger, more established teams. As it becomes a very clear practise for big-time scouts to scour these areas in search of the ‘next big thing’. Which turned out to be a young Carlos Tevez playing for the All Boys junior club.

But before he could even get there, his life was a chasm of making the right choices, at the right time and consulting the right people. And in the cold light of day, it’s incredibly interesting to see (from afar) where this ‘fork-in-the-road’ moments occurred. And being a Manchester United fan myself – from a fanbase who generally feel scolded by Carlos Tevez’ later decisions in his professional career, it made me look at him with a new-found amount of respect and admiration that was previously lacking.

Have you seen the Carlos Tevez ‘Apache’ series? If so, share this and let us know what you think!