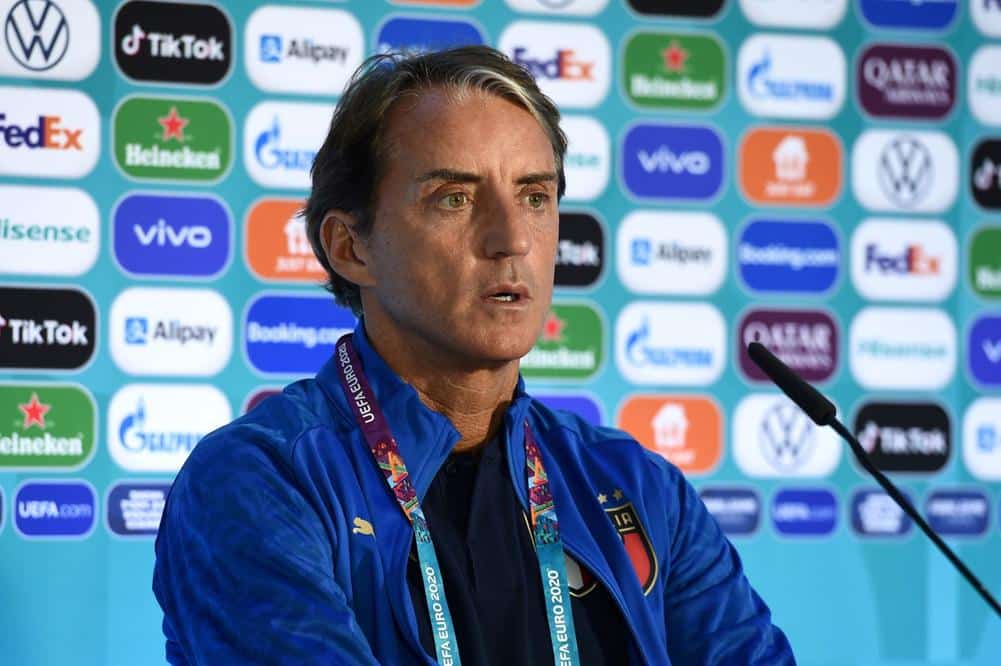 A nation who failed to qualify for the last World Cup campaign in Russia, there was a lot riding on how this proud nation would resurge in these European Championships.

Leading up to the summer, early signs were good for Italy at Euro 2020. Coming into the tournament, they were unbeaten in 27 outings – a mix of qualifiers and friendlies – and seems to project this relentlessness and lack of fear which seemed to beguile their progression up until this point.

For any nation, it was going to be tough to justifiably be ‘better’ or even ‘on par’ with some of their better teams in recent years. Especially with that famous Italian World-Cup-winning side of 2006 ringing fresh in the memory. But even though it’s very early doors, there’s reason to be somewhat excited about Italy at Euro 2020.

Branded a ‘surprise package’ by YouTube commentator and personal Ultra United favourite, James Lawrence Alcott, Italy at Euro 2020 has generally evolved into one of those ‘one to watch’ sides where their fates could be decided on simply whether to not they elect to turn up on the day.

Having said that, their squad is very much on-par to have a successful European campaign. We’ve spoken previously about the assuredness of their goalkeeper position thanks to Gianluigi Donnarumma, but the mix of experience and guile in their defensive department ensures that he’s also in good hands.

Both Chiellini and Bonucci are available for the Italians, and Roberto Mancini seems to favour an advanced wing-back position either side of them. Where the remaining defenders morph into a back three to accommodate for their colleague’s ventures. And even some of their midfielders are capable of dropping back if need be!

Chelsea’s Jorginho, PSG’s Marco Verratti and Sassuolo’s Manuel Locatelli appear to be the ex-City manager’s preferred midfield trio, but with Federico Bernardeschi and Nicolo Barella waiting on the sidelines, there’s potential to switch their look or overall game plan in this position if the situation calls for it!

With the backbone pretty much there, it’s now down to whether or now Italy’s striking portion are good enough to strike the ball home whenever it arrives at them. And with the likes of Insigne, Berardi, Belotti and Immobile leading the line, they have a variety of weapons in their Euro 2020 arsenal to suggest it won’t be much of an issue.

Altogether, Italy at Euro 2020 are slowly beginning to break out of that mould of ‘dark horse‘ and into that of being capable of handling themselves against the objective ‘big boys’. Their recent demolition of Turkey is, admittedly, a short-sighted sign of how far they can go. But scoreline aside, the manner in which they claim that victory and with which they threaten the other nations, there is reason to be concerned with this mobile, exciting Italian outfit.

What do you make of Italy at Euro 2020 so far, and how far do you think they will go? Get your thoughts in the comments below and share this on social media if you agree with us!