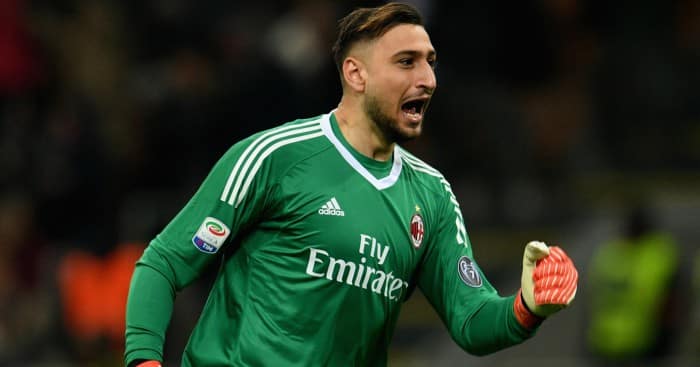 A name that most kit-men will probably curse when having to print in on the back of his jersey, press-men-and-women the world over will have this youngster’s title firmly on their printers this summer.

Immediately breaking through at A.C. Milan in 2015, Gianluigi Donnarumma has since established himself as the go-to stopper for the red and black half of the city. And given his often near-two metre stature and the lack of competition for that first place in goal, it’s no wonder that he’s remained there since debuting.

A colossus in the air and domineering in a one-on-one situation, there’s a lot to be admired about the young Italian. And despite him namesake (in Buffon) proving to be perhaps the greatest ‘keeper that his country has every produced, that’s pretty much where the similarities end between the two.

Certainly more exuberant than his predecessor with a penchant for punched clearances and far-reaching clearances to the wings on the counter-attack, Donnarumma is one of those goalkeepers who clearly has a natural shot-stopping ability, but might need a little calming down before living up to his level of potential.

Having said that, many were saying that of Buffon himself when making a big-money move from Parma to Juventus in 2001. So, it might just take such a test for his younger counterpart to see what he’s really made of. Though he won’t be commanding anywhere near the fee that Buffon did back then. In fact, he won’t cost anything at all.

Recently, reputable Italian football journalist Fabrizio Romano has reported that Gianluigi Donnarumma is on the verge of leaving A.C. Milan after allowing his contract to run out by the end of the current season. Since announcing this, the typically fast-paced transfer rumour mill has been working overdrive to predict his future employers.

Personally, I really hope that Gianluigi Donnarumma opts out of taking the relatively ‘easier’ options out of the ones put in front of him. By that, I mean I hope that he tests himself with a project and team of a calibre deserving of claiming his most primitive years as a goalkeeper. So, not PSG … is basically what I’m hoping for.

As things stand, Manchester United, Tottenham and even a potentially Jan Oblak-less Atletico Madrid appear to be the front-runners for the Italian’s signature. And putting aside my bias for a United signing, Tottenham could really be a possible opportunity for both player and club. Hugo Lloris is ageing, the club are set for a financial windfall post a potential Harry Kane departure and it just seems sensible. But in this age of stupidity, who knows?! But if I had to put my money on it, I’m gonna go for a Spurs move … or PSG … it’s gonna be PSG innit? Gosh darn it!

Where do you think Gianluigi Donnarumma will end up? Let us know in the comments!