The Infamous Statement that Epitomises the ‘Zlatan’ Brand 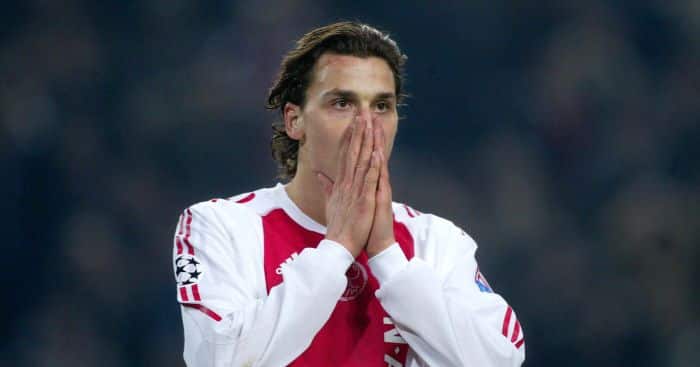 A slightly different topic to what we usually talk about here, but it’s pretty much on the tip of one’s tongue when thinking about this guy …

Whether you love him or loathe him, there’s simply no doubting the ability of Zlatan Ibrahimovic. Blessed with the frame of a basketball star and the nimble sleet of foot most tennis players would like to have, it seemed as though the mercurial talent was destined to become a global star in the years to come. And boy, did he know it!

Nowadays, we are in the fortunate position of being able to look over all of the wonderful accomplishments of Zlatan’s career, which is a CV including entries from some of the most reputable clubs in the world. How the poor guy hasn’t won the UEFA Champions League is completely beyond me, if I’m honest …

Perceived as a guy whose arrogance matches up with his natural talents, one would be forgiven for thinking that his general outlook on life developed over time. All while presiding over his mountain of achievements, whilst gazing upon those below his ivory tower who aren’t worthy of even looking at him in the eye.

In reality, Zlatan Ibrahimovic was an enigma from the moment he burst onto the scene as a fledgling professional back in Sweden in 1999. I bet he was like that from his departure from the womb, but let’s just leave that mental image alone. While home, Zlatan’s early showings for Malmö gave rise to such a mindset.

At face value, roughly a goal every other game is a strong, yet somewhat unremarkable showing for a player in the Swedish Division – no offence to the Swede’s, btw. But after a good few scouts were sent to the Nordics to scout him through the turn of the millennium, it was clear that his game was far beyond that.

His ability to hold up the ball, bring in his teammates and aerially command the penalty area was of particular allure to a number of key European clubs as he became a regular feature over there. So much so, that Real Madrid and Juventus were reportedly keen on poaching Zlatan before he (inevitably) went to a rival.

As time went by, it would be Arsene Wenger’s Arsenal who came closest to luring him to Highbury before Ajax ultimately signed him in 2001. The reason he rejected the Gunners? Because the Gaffer asked him in for a trial rather than an outright contract discussion. And in his typically braggadocios fashion, he responds with the now-infamous phrase: “Zlatan doesn’t do auditions”. Utterly brilliant!