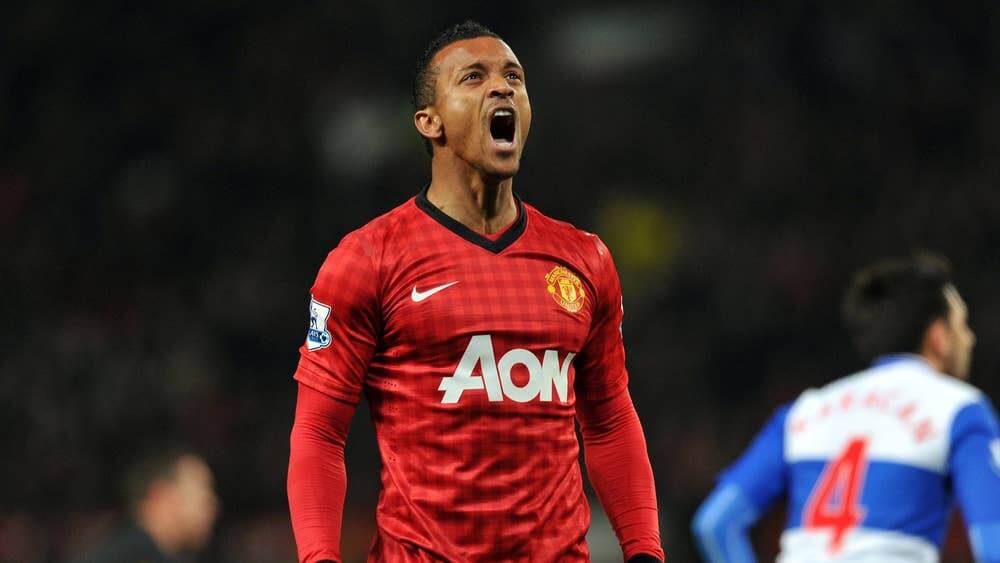 This is written to make sure we don’t forget how flipping brilliant Luis Nani was! Quite frankly, he’s appeared to be irreplaceable!

I have sat on my comfortable chair, in front of my TV, with a bag of whatever unhealthy food I can find – watching Manchester United play anyone they can find out on the right wing for a good 6 years now. It’s ridiculous! Jesse Lingard tried and failed, Juan Mata gave his all and Daniel James appears to be much more suited on the left. Any respectable football fan understands that United are in desperate need of a natural and dependable right winger and have been since Louis Van Gaal took the reins.

If I hear any more gossip on the never ending Jadon Sancho saga I might just give up on football and head over to the rugby (seriously!). It is getting very tedious. In the meantime, I’ll stick around with the football to tell you just how much I loved Luis Nani…

Luis Nani is the reason I fell in love with football, he is what I believe the game is all about. Fun, exciting and never quite knowing what to expect! He was a free spirit out on the Theatre of Dreams providing fans with little dashes of magic, unexplainable skills and tricks and absolute screamers. On the off chance that it wasn’t a screamer, and just a simple 3 yard tap in at the back post, Nani was likely going to backflip all the way through Manchester City Centre anyway. I’d have done the same damn thing!

Nani arrived from Sporting Lisbon in 2007 and he wasn’t the first Portuguese winger to make the famous move. The kid had a lot to live up to if he was going to be put in the same category that Cristiano Ronaldo was put in by the Old Trafford faithful. So, did he provide what Ronaldo did? In layman’s terms, no. But, Nani was so much more than that. Unforgettable moments that will live on forever are much more important than goals and Ballon D’Or’s!

Scoring goals from 30+ yards looked effortless for him with a an absolute cracker against Chelsea springing to mind. He hit it sweet as a nut! Running back to your own goal juggling the ball on your head (AKA the seal dribble) against bitter rivals, Arsenal? No problem. How about a pin-point cross setting up Wayne Rooney for that overhead kick in the Manchester Derby? Pretty decent. Sir Alex Ferguson nurtured Nani into one of the most difficult wingers in the league to deal with.

If you played him on the left he would cut in and unleash havoc. On the right, he would beat his man and play a pin point cross to the number 9, just like a good old fashioned winger. For a mere €25 million this was one of the best signings Fergie had made post-2000. So why did United let him go at 28 years old, arguably while in the process of hitting his absolute prime?

Your guess is as good as mine. Van Gaal joined the club and made some pretty drastic changes, and those changes happened fast. Nani wasn’t even given the chance to impress the new boss before being sent back to Sporting Lisbon on loan. The majority of people will say that leaving Manchester United will likely lead to a step down in a players career, however, Nani showed off his abilities in Portugal, Turkey and Italy before becoming club captain of Orlando City in the MLS.

The tricky winger also played a major role in Portugal’s success at Euro 2016 and lifted the trophy alongside his good mate, Cristiano. Luis Nani was a top class player who achieved an incredible amount, but it is the joy he played with and the backflips he celebrated with that will always stand out to me. In my eyes, Luis Nani is irreplaceable on so many levels and Sancho will have a lot of work to put in to become one of my favourite players of all time. If he ever comes of course …

What are your honest opinions of Luis Nani? Stick them in the comments below and Tweet us with ’em!