How to Become a Football Agent in the UK in 2021 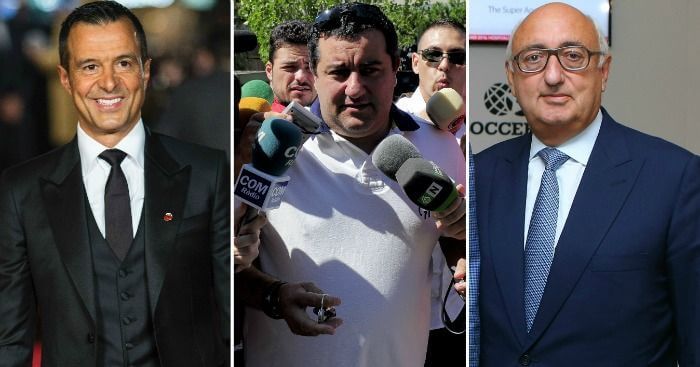 The question of how to become a football agent nowadays is one that is much easier to answer than what it used to be.

After writing our inaugural entry into the ‘Ultra UTD University‘ archives, which centred around the various options on how to earn that dream of becoming a professional footballer these days, it became apparent that agents was a pretty integral factor in this. Oh and before we go on, the UK regulations stipulate that ‘agents‘ should be known as ‘intermediaries‘, so if you go away from this text and see that phrase being bandied around, then this is the reason why. But that’s a long word to type and ‘agent’ is way more simple, so I prefer to use that. And besides, writing that single word out might take longer than explaining the process of becoming one!

Think about your Reasons and Motivations:

This may sound like a moot point, but I’m not asking this out of courtesy – more so as a plea if not anything else! All you have to do is Google ‘football agents‘ or even the more operative ‘how to become a football agent‘, and popular demand dictates you be shown a butt-load of stories about those who have taken the opportunity and abused it. So, please do only get into this industry if you’re hoping to enact a positive influence on those who you aim to represent. Yes, there’s money to be made but at the forefront of it all, there’s a career to be forged for your clients. And that comes first.

Registering with the Football Association (‘The FA’)

Right, now that we got that part out of the way, here is what the process looks like for those based in the UK. Firstly, you have to register with your local football association – which would require you to set up an account with the official FA website. After doing that, you will be given an FA number (or a ‘FAN‘) which you’ll need to remember throughout your application process. But don’t worry, it won’t be needed for very long. If anything, just consider it as a username for setting up an agency account – because that’s basically what it is

Once your details check out (including an email verification), you will need to pay the FA registration fee for becoming a football agent. Remember: you will see the word ‘intermediary’ far more often in the FA process than the term ‘agent’, so don’t let this discrepancy fool you as they mean the same thing. In fact, it’s a direct result of a governmental reform to help deregulate the agency industry as a whole within football to encourage transparency within this area – didn’t work, but we’ll discuss that later.

Since this deregulation occurred, you now only need to pay an initial registration fee to the FA and a recurrent fee thereafter to maintain your status within the industry. And that would be that! Pay the fee, sign a declaration stating that you’ll behave properly … and off into the big world you go! Yes, it really is that simple. And the price for all of this freedom? £500 for the first year and £250 each year afterwards. Less than it would cost to insure a 2010 Toyota Yaris for a first-time driver. Unreal, innit?

As I say, the tactic of reducing the barriers to entry here have drastically backfired on most football associations around the world and FIFA themselves – so much so, that current president Gianni Infantino is trying his darnedest to rectify the damage that his predecessors allowed. But given how deep-rooted these issues became, it looks like he might never be able to truly get things to where they need to be. And if you choose to go down this road, please don’t make things even harder for him. Do it properly.

Right, so now you basically know how to become a football agent in the UK. Would you do it? Let us know!