Listen, some of us like playing with the ball at our feet, and this guy likes playing with it on his head … don’t you judge him!

As any Football Manager player will know, finding a wonderkid is a great moment. So, when I found Kerlon playing for Cruzeiro in 2007, I felt like a fully-fledged member of the community – adding to an already burgeoning waistline of talent that fellow players can use. Until I recognise that almost everyone else bought him too …

Despite having one of the e-Sports communities’ most comprehensive AI and real-life data store, Football Manager hasn’t always been correct about who they thought would have a great career – I mean, we’ve even written about a few of them and aren’t done yet!

Under what we call a ‘dynamic player potential’ tool, the boffins over at SEGA and Sports Interactive have utilised this technology in order to predict the career trajectories for those who were showing some potential at youth level, and more often than not.

They’ve been spot on!

Among their healthy list of ‘see, we know what we’re talking about’ examples, Raheem Sterling’s projected road to the top from Tottenham Hotspur’s academy, and Paul Pogba’s eventual European status stand among the best modern-day examples of how sophisticated their operations have proven to be.

Though the same cannot be said for a number of Southern American ‘flair players’; who simply have more variables to consider than young men who have a much clearer game-plan put out ahead of them. And Kerlon is a case in point.

Well, that’s how he would have appeared to every Walsall FC fan who were fortunate to have me as their manager from this time. He scored pretty much every game (averaged more than 1 G/A over the course of three seasons) and was extremely tough to ignore in those end of season awards. Ah, those were the days …

… anyway, we digress. But if you wish to hear more about Kerlon in my old teams, all you have to do is ask!

Standing tall in the 2007/08 season with Cruzeiro in Brazil’s Primera Division, this attacking midfielder had all the hallmarks to be the ‘next’ Southern American superstar to dominate the world stage from his play-making role. Be it his mazy runs, close ball control and famous ‘seal run’, he’s the kind of player which would encourage the brighter minds of today to pick up a nearby ball in the vague hopes of being able to imitate him.

I know I’ve lost a few brain cells trying that ‘seal run’, that’s for sure!

However, a couple of YouTube clips and the odd ‘Like’ or two was about as good as it got for the Cruzeiro starlet; with the weight of expectation weighing far too heavily on Kerlon’s shoulders for him to be a success at wherever his IRL career dictated he’d go – not to mention the many fans’ ideas that he would become the superstar which Football Manager had predicted him to be.

As you can see from the below video, Football Manager were daringly generous in their depiction of how Kerlon might develop – expecting his dribbling skills and creative acumen to come to the fore before (presumably) uprooting from Cruzeiro in the footsteps of Latinex superstars gone by; to forge a worthy career in Europe for one of the game’s more ‘obvious’ giants.

Much like the kind of Martin Palermo or Juan Roman Riquelme stories which we’ve spoken about before.

Indeed, things looked positive for Kerlon; who moved from Brazil to Inter Milan in 2008; only to move on a series of loan deals to serve as proof for the fact that Football Manager had overestimated what his potential would ultimately reap. At the age of 32, Kerlon has already retired and is added to a long list of FM wonder kids who couldn’t come good. But you know what’s the kicker in all this?

I really feel sorry for the lad.

I personally hate the fact that the media are so quick to jump on a player’s back once they show an ounce of potential. That kind of premature exposure is never conducive to anything positive for that young man and their careers.

Not to mention the impact on their livelihoods if things don’t turn out the way they expect. And now that we see the likes of Amad Diallo at Manchester United and Fabio Silva at Wolves, perhaps we can learn from our mistakes and move on from this lazy form of ‘click-hungry’ journalism.

Did you ever buy Kerlon on your own FM save? If so, comment down below on how he performed for you! 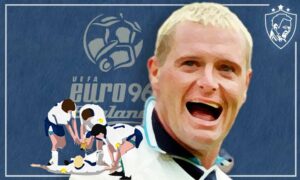 The ‘Dentist Chair’ Revenge for England at Euro ’96

The life of a football player is one that many of us would love to have, yet there’s an unwelcome presence in that lifestyle which

The Sensational Paul Scholes Return of 2012

Some moments will go down in Premier League folklore, and thus we come onto a story of legend, neediness and wonderful, wonderful timing … It 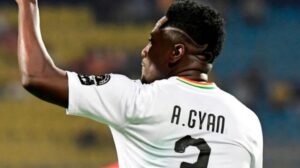 Say whatever you want … you just cannot deny how much style Asamoah Gyan has. To some, it’s this very ‘flashy‘ nature which has brought

You have to choose one XI to win the most important game of the year … you’re choosing the big Ivorian to go up top, 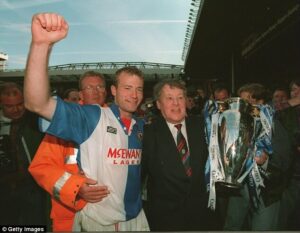 Why Blackburn Rovers Only Did It Once

In this case, ‘it’ refers to winning the Premier League – which Blackburn Rovers only managed to do on a single occasion. Oh … right, 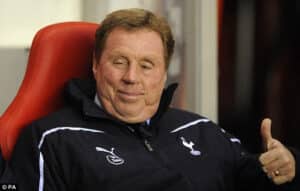 Harry Redknapp: A Great Manager with an Even Better Personality!

Inherently personable and overtly passionate in a sea of sterile faces, it takes a heart of stone to not be taken in by a man