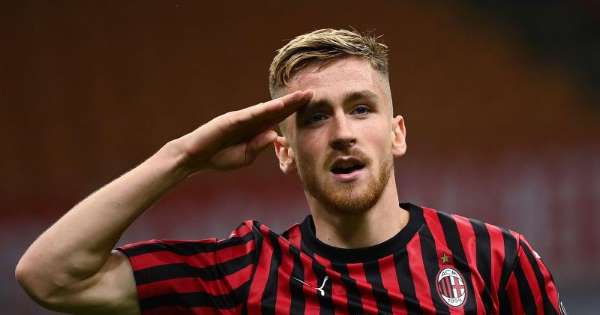 When we think about the Belgian national team, currently number one in FIFA’s world rankings, we throw out names like Kevin De Bruyne, Youri Tielemans and Axel Witsel, for example. And that’s just the midfielders.

Alexis Saelemaekers is now another name to add to that Red Devils midriff. The 21 year old has made just one appearance for the national side in a friendly against Ivory Coast in 2020 and even after his massive impact in this season’s AC Milan squad, the young midfielder has not been picked for the EUROs squad. Here’s why that could be a slight mistake on their part depending on how they get on with their campaign thus summer.

Yes, the competition is tough for Belgian footballers. They have an incredible squad of talented youngsters and simply, there’s not much room for any more. They have such an overflow of talent, it wouldn’t be such a bad idea for them to collate a ‘B’ team! I mean, even England can be put into that department nowadays, but more on them later!

The majority of the current squad play in England, with just two Italy-based players, those being Romelu Lukaku representing Inter Milan and Dries Mertens for Napoli. Italian football isn’t what it was back in the day, but Serie A does undoubtedly have a massive pool of gifted players with a decent amount of flair and tekkers!

Predominately playing as a winger, Alexis Saelemaekers is quite iconic on the pitch. In the 28 matches he played in Serie A for AC Milan in this 2020-2021 season, the team have never lost. His technical ability and genuinehard-working nature was pivotal for Milan this season, helping them to a Champions League spot.

AC Milan’s history books are flooded with legends as we all know but in recent years, the Rossoneri are not quite as famous as they were in the glorious, glittery years of prime Serie A. That being said, since Cristiano Ronaldo made his move to Italian soil, interest in the league has spiked all over the world, giving it the attention it really deserves.

This season, a record 2.2 million households in Italy alone tuned into the Milan derby. So Alexis Saelemaekers has his stage set, and is more than ready to show what he can offer. The young winger is certainly consistent, perhaps not as well known for his finishing, recording just three goalsin total this season. But yes, definitely consistent. There are plenty of videos online that showcase his creative ability and it’s clear that he’s a fan favourite too.

He’s clearly popular with the manager, Stefano Pioli, and for good reasons. At such a young age, sharing the pitch with an icon like Zlatan Ibrahimovic can’t be easy, but Alexis Saelemaekers seems unfazed in his play and appears to be a confident and bright spark in this up-and-coming Milan squad.

Will Alexis Saelemaekers ever make it into the Belgian squad? Almost certainly. His ability will not go unnoticed when he plays in the Champions League next season so it won’t be long until he gets picked for the number one team in the world. And who knows, a big money move to a Premier League club might be on the cards too!

Have you managed to catch much of Alexis Saelemaekers in an A.C. Milan shirt? If so, let us know your thoughts in the comments below!