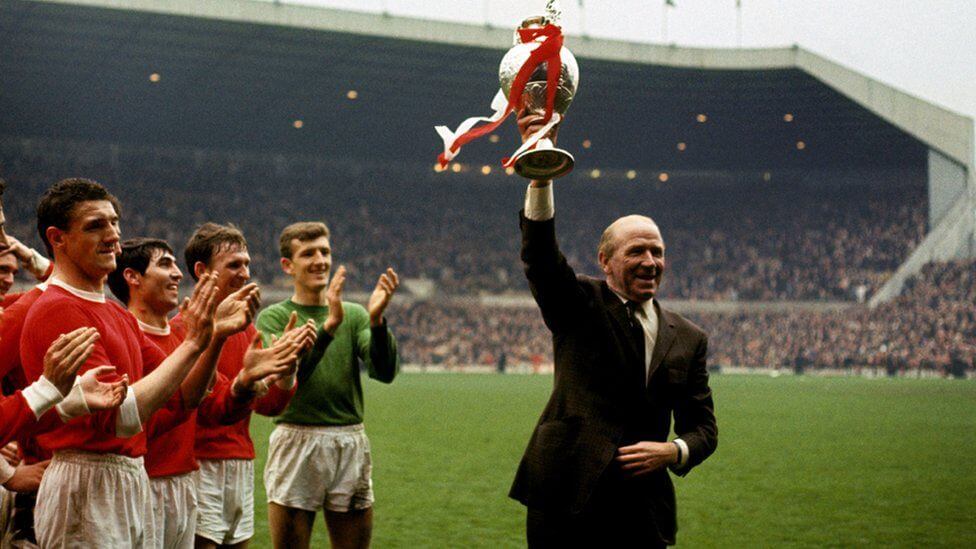 Football was certainly very different ‘back in the day’ and it took some pioneering figures to change the view of the game from an outsiders’ POV.

All things considered, Sir Matt Busby must go down as one of the most pivotal figures in the history of English football. Even as a player, his exploits for Manchester City and Liverpool will live long in their archives, but none longer than his succeeding managerial legacy at fierce rivals, Manchester United.

Nowadays, there’s much talk (and even a documentary) about what we now call ‘The United Way’. A short-hand term to describe how Manchester United have historically conducted themselves both on and off the pitch. But even though Sir Alex Ferguson and (to some degree) Ole Gunnar Solskjaer have done their bit to keep that flag flying, it had to start somewhere. Which is why I’m spending my time now to educate you on Sir Matt Busby.

One of the greatest servants Manchester United has ever had, Sir Matt Busby ought be credited with perhaps the most incredible decision-making that the club has seen since its inception. In his earlier years, he wasted no time in making sure that his brigade adopted his ‘attractive, no holds barred’ attacking philosophy.

Winning a plethora of domestic achievements relatively early on, Sir Matt was even courted by a certain Santiago Bernabeu (the man who eventually had the stadium named after him) of Real Madrid. But after a comment from the enigmatic Spaniard, claiming that managing his Los Blancos was ‘like a footballing paradise’, Mr. Busby was quick to rebuke the Madridian’s advancements with the now-famous phrase, ‘Manchester is my heaven’.

“In all modesty, my summing up of the ’50s must be that no club in the country could live with Manchester United … I never wanted Manchester United to be second to anybody. Only the best would be good enough.”

Sir Matt Busby – on the early success of Manchester United

A lot of this success hinged primarily on the way his teams would attack others. Of course, he understood the value of remaining stable and steady at the back – hence why his goalkeeper and other shallower ends of the proverbial ‘spine’ of the squad largely remained unchanged throughout his tenure. However, there would be a horrific, brutal occasion soon after the 1958 new year, which would alter the fabric of the club forever …

Given the incident and the understandable emotion surrounding it, it would be remiss of me to whittle down its impact into a few lines in this article on Sir Matt Busby. Instead, we will be focusing on a full-length feature about the Munich Air Disaster in features to come here at Ultra United.

But in its wake, to think that Manchester United would go on to lift the coveted European Cup a decade later is a monumental achievement. At face value, it stands as the club’s inaugural move into what would eventually form the backbone of the club’s most successful period by the time Sir Alex Ferguson picked up the mantle Sir Matt had left off. But dig a little deeper, and you soon realise that it’s a deified period of football history which must never be forgotten. Footballing beauty in its purest form.

How would you best sum up the impact and legacy of Sir Matt Busby at Manchester United? Get them down in the comments below!

previousWhen ‘El Clasico’ Became a Barça Masterclass in 2010
nextReasons to Get a Bit Hyped about Alexis Saelemaekers!