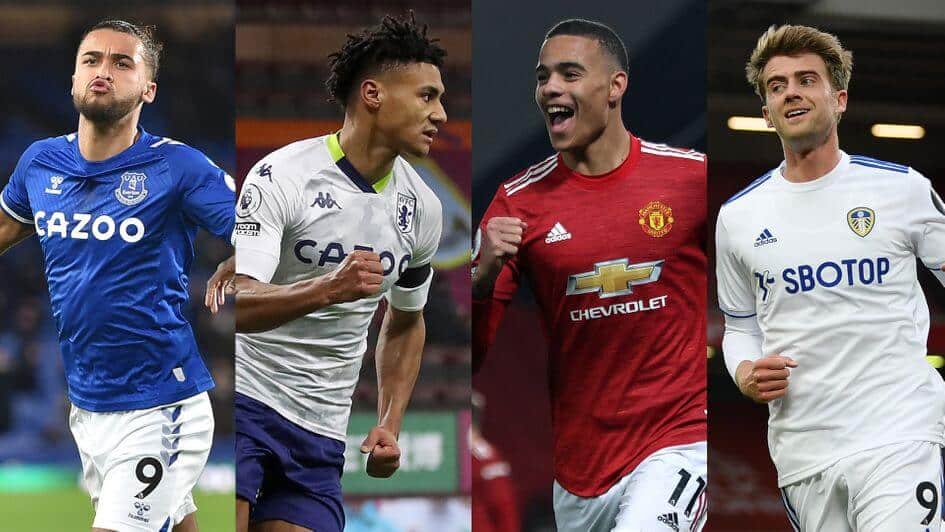 Gareth Southgate’s Euro 2021 squad is looking extremely stacked, all over the pitch, and that centre forward spot is no exception.

Although Harry Kane has had that role locked down for England this tournament, as he has done for a number of years now, and rightly so. I’d put my house on him starting every game, barring some harrowing last minute injury or illness. Touch wood. In fact, touch everything you can, because we need Harry at his best this summer …

Having said that though, with the amount of English centre forwards performing remarkably for their club sides this season, the Gaffer wouldn’t be without a number of options at his disposal, should the worst occur. For me it would easily be Jamie Vardy, had he not prematurely retired from the international game to focus on his club career, which is going fantastically by the way with the Foxes.

Anyway, a host of names come to mind when you think of a second striker, Dominic Calvert-Lewin, Danny Ings, Patrick Bamford, Mason Greenwood, even Ollie Watkins is in with a shout, after a good first season in the top flight. And with the new 26-man squad being introduced for the tournament, one of these men is going to go, maybe even a second, but which ones are most deserving of this prestigious honour?

Dominic Calvert-Lewin is probably odds on favourite, banging in 21 goals this season in all competitions, 16 in the league, making him the second highest Englishman behind Kane. His big man style, fighting for every ball, bullying the centre backs with his size is a real asset to any side. Patrick Bamford isn’t far behind however, 15 league goals in a newly promoted side, albeit a Leeds side that has exceeded expectations, is nothing to turn your nose up at.

8 league assists to for the lad shows his prowess for not only finishing, but creating, Bamford’s hold up pay is criminally underrated in my opinion, with Leeds’ fast, expansive play its vital he does his job and gives the rest of the team time to get up the pitch. I could see this working with Foden, Grealish, Rashford or Sancho sprinting up get a through ball up the line from him. But that’s another debate for an entirely different day …

Danny Ings has had an unlucky time of it this season, like, unfortunately, he has done for most of his career, plagued by injuries. If Danny Ings is fighting fit and at his best though, he’s a joy to watch, the bloke just oozes class. His quick feet make him a nightmare for defenders when he’s got the ball in the box and his touch is sublime, always manages to get himself a yard to shoot, whatever the situation. And England could really do with an improviser …

Now, Mason Greenwood had a tough start to the season, I’m not even too sure why, he just looked off the pace for quite a while. However no one can deny his God given talent for finishing, at such a young age, to be so prolific in front of the goal is scary for any keeper. He’s got himself in amongst the goals this season after that shaky start, 7 in the league, 12 in all competitions. And he might’ve gotten good just in time to be in contention for an England spot.

When I think about him going this summer, based on his talent, it’s a no brainer, he’s more than good enough. Has he earned it enough this season specifically though? Especially when compared to the other strikers we’ve spoken about? I’m not sure he has, but I’m more than confident there’s a long international career ahead of this boy, especially when Harry Kane eventually becomes past it.

Ollie Watkins‘ first season with Villa must have been like a dream for the boy, they’re excelling in the league and he’s chimed in with 17 goals and assists. Getting to play with Grealish must be a delight, and on top of that he got his first England cap, banging in a goal. I can only imagine the feelings of elation scoring for your country, the highest of highs, and it couldn’t have done his Euro 2021 hopes any damage. Southgate must like the kid.

Every England football fan is going to have a slightly different opinion on who goes, but there’s only one opinion that matters. That’s the guvnor, Southgate. Personally, I’d go for Dominic Calvert-Lewin and Danny Ings, with Bamford just missing out, although I’d probably try and shoehorn him in there if I was the boss. Greenwood and Watkins unlucky boys, maybe next time.

Who would you take along with the England Euro ’21 Squad? Leave it in the comments.