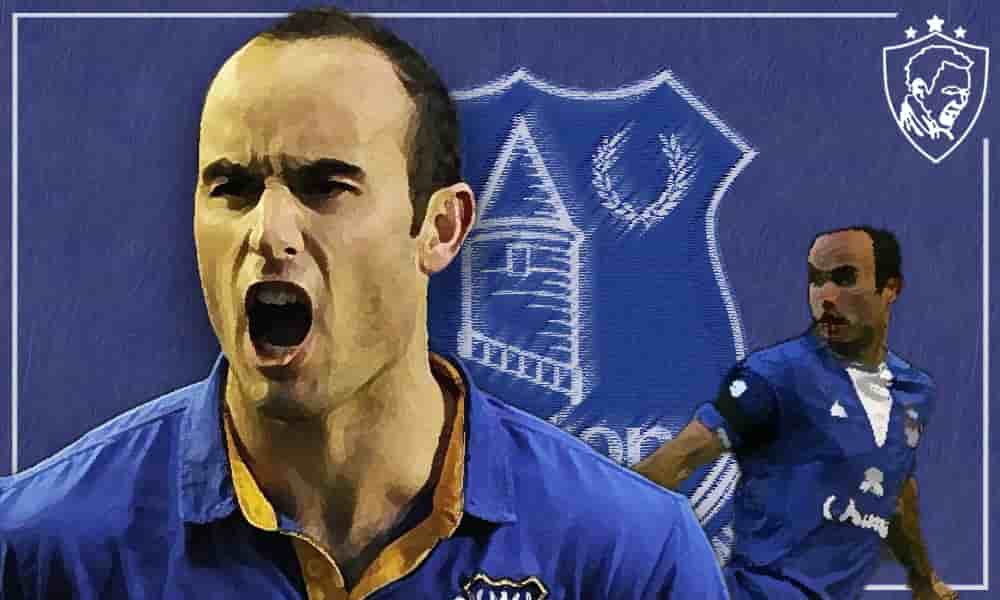 If you ask US ‘soccer’ fans on who is the greatest player to ever represent the star-spangled banner, chances are Landon Donovan’s name will come to mind. He was already an established name in the MLS for many years, but what is often negated from his long career are his two impressive loan stints with Everton.

Donovan spent just shy of a decade in Los Angeles with the esteemed MLS side, LA Galaxy, racking up a gratifying 112 goals in 247 games which for a long-while left Donovan atop of the MLS all-time scoring rankings, that is until San Jose Earthquakes striker Chris Wondolowski passed him in 2017.

During his tenure in LA, Landon Donovan would be sent out on three separate occasions on loan to the overseas European league’s with his first spell being at German champions Bayern Munich in 2008/09.

As expected, Donovan wasn’t featured all that often in a decorated Bayern line-up and only play six games in Germany before heading back to the MLS ahead of the new season.

While Landon Donovan was still one of the league’s most popular figures, although not as majorly hyped as Freddy Adu, Galaxy would once again send him out on loan this time to England where he would link up with David Moyes at Everton.

The Toffees already had a knack for discovering some impressive talents from the states, including the likes of long-time servant goalkeeper Tim Howard and former Fulham talisman Brian McBride also being a popular US name who briefly played for Everton up top.

Donovan came into Goodison with some considerable expectations as Everton had started the 2009/10 season poorly and were desperate to get back on track.

It didn’t take long for Donovan to impress Everton fans as he looked comfortable and confident in possession during his first game for the Toffee’s that came in an exhilarating 2-2 draw at the Emirates on a frigid, snow-ridden day. A far cry from an LA sunlounge that’s for sure!

The very next week, Landon Donovan made his first start in front of an always electric Goodison Park and capped off a remarkable performance with his first goal in Everton colours in a fabulous 2-0 win over Manchester City.

Donovan added another goal the next week in another 2-0 home win this time against Sunderland and would continue to play an eccentric role throughout the remainder of the 2009/10 season which saw Everton only lose two more games for the rest of season, finishing 8th with 61 points.

For his efforts, Donovan was named as Everton’s Player of the Month in January before heading back to LA ahead of the dawning MLS season.

But it didn’t end there for Landon Donovan in Merseyside.

Two years later, Landon Donovan was back at Goodison Park for a second loan spell, and much like his last stint, he was once again named as Everton’s Player of the Month for January, funny how things work out.

While Donovan never scored in his second stint at Goodison, he did finding himself tallying up a larger number of assists including setting up Darren Gibson’s winner in a 1-0 January home victory against, you guessed it, Manchester City.

Donovan certainly could have racked up a few goals during his second loan spell at Goodison, but Everton had only agreed to take on the American International for just two months with Landon heading back to LA once again after assisting another goal in a famous 2-0 home win over Chelsea in his final game.

While his time at Goodison was very brief, Everton fans certainly took a likening to the American superstar and will probably still be questioning to this day on why on earth they didn’t land him on a permanent basis.

Landon Donovan is arguably the greatest American footballer of all-time, and I don’t mean in the NFL, following on from his heroics with the US National team and in England with Everton.

He is still a beloved icon of the sport in the states, that only continues to grow with popularity (mainly due to all the lucrative names that have played in the MLS over the years).

What was your favourite memory of watching Landon Donovan in an Everton shirt, and do you think he should be remembered better than he is at Goodison Park? Let us know by Tweeting us below!