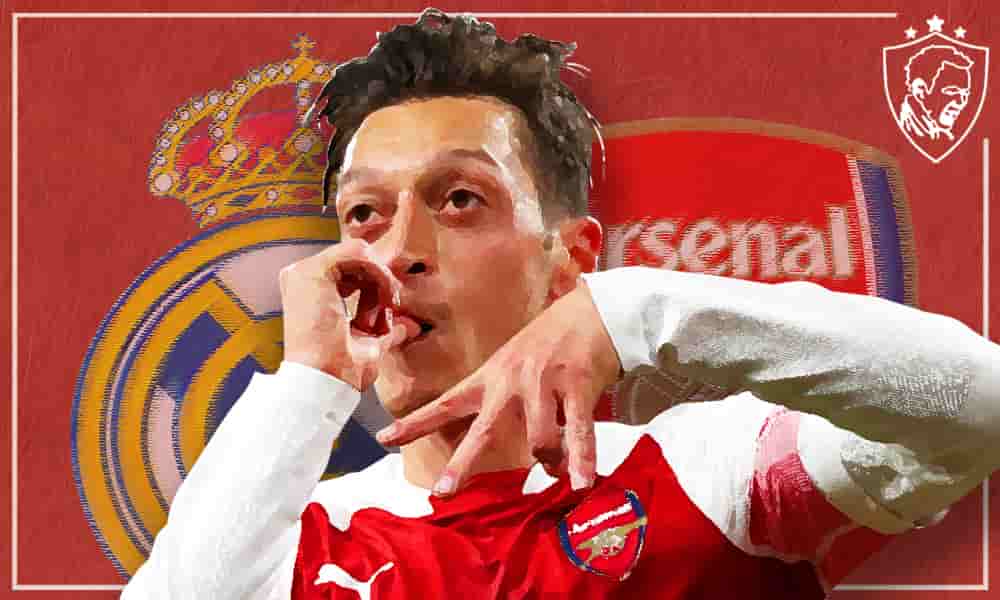 The great German midfielder arrived at Arsenal at this time with the world at his feet and assists in his mind … and thoughts soon turned into reality!

With Arsenal’s current form, we take a gander back at the North London career of Mesut Ozil – someone who I’m sure every fan would crave to have shoe-horned into their current midfield!

Before all of this, he was a big name that had a huge fans’ expectation to live up to in order to be considered a success … was he finally the man to replace Dennis Bergkamp?

Mesut Özil left Real Madrid with hope of bringing former glory and silverware back to Arsenal, something the Gunners had struggled with after their move to the Emirates Stadium in 2006. He arrived as one of Europe’s most creative playmakers, topping the La Liga assist chart for 3 consecutive seasons after striking up a famous on-field connection with a certain Cristiano Ronaldo.

This gave Premier League (and more importantly, Arsenal) fans something to be incredibly excited about. And to make things even better, the expensive German was living up to his name!

Mesut Özil produced spell-binding football in his first few years in the Premier League, which (as we all know) is much easier said than done for big money signings. Many have tried and failed e.g. Angel Di Maria (still hurts), Andriy Shevchenko and more recently, Timo Werner.

Özil slotted in ever so nicely and adapted to the English game with ease. In all honesty, he looked as if he had been learning his trade down Hackney Marshes since primary school! Even then, Mesut was just getting warmed up and became the driving force behind Arsenal’s FA Cup win in his first season, finishing the campaign with 7 goals and 13 assists in all competitions.

Not bad, right? Not bad at all.

In the summer of 2014 Özil treated himself to a well-deserved holiday in Brazil. He even brought back a shiny new medal to show off to all the English lads!

And with the small matter of winning the World Cup out of the way, Mesut returned to North London to kick on from last season’s FA cup triumph. Ex-Clásico rival, Alexis Sánchez, kindly picked him up from the airport with chocolates and flowers ready to form one of the league’s deadliest partnerships following his summer move from Barcelona.

The pair were singing from the same hymn sheet from the get-go as they retained the FA Cup in the 14-15 season with Özil finishing the season with 5 goals and 9 assists. He then went on to become Arsenal’s Player of the Season the following year after finishing the 15-16 League campaign with 19 assists, a feat only beaten by Arsenal Legend Thierry Henry.

Mesut Özil made football look easy, he graced the turf with elegance, the rumoured love child of Iniesta and Zidane, his touch was as smooth as Olivier Giroud’s beard.

It was poetry in motion. So, what happened?

Arsenal began to crumble. It is as simple as that. Alexis Sánchez voiced his desire to leave the club, which he eventually did in January 2018 (the less said about that move, the better!).

Arsène Wenger packed his bags (unwillingly) at the end of the season as Unai Emery took charge heading in to the 18-19 season; Özil never seemed to find his groove, injury problems alongside a major dip in form found him out of favour in the squad which inevitably lead to a broken relationship with Emery. The German wizard appeared to be playing more Fortnite than football (LOL).

Issues within camp did not improve with the appointment of Mikel Arteta as Özil found himself excluded from Arsenal’s Domestic and European squads at the beginning of the 20-21 season. Arteta’s high intensity pressing from the front, unfortunately, did not involve Mesut Özil.

He was a Rolls Royce in a team full of Toyota’s … but that’s not really his fault, now is it? Frankly, wherever Mesut Özil ends up, he will be sorely missed by all fans of the Premier League.

Queue the Tweets from those Arsenal fans who “loved him all along” … Do me a favour.

Click that Tweet button down below this article and let us know your favourite moment of Mesut Ozil in an Arsenal shirt under Arsene Wenger and alongside Alexis Sanchez. Try and stick to one, if you can!