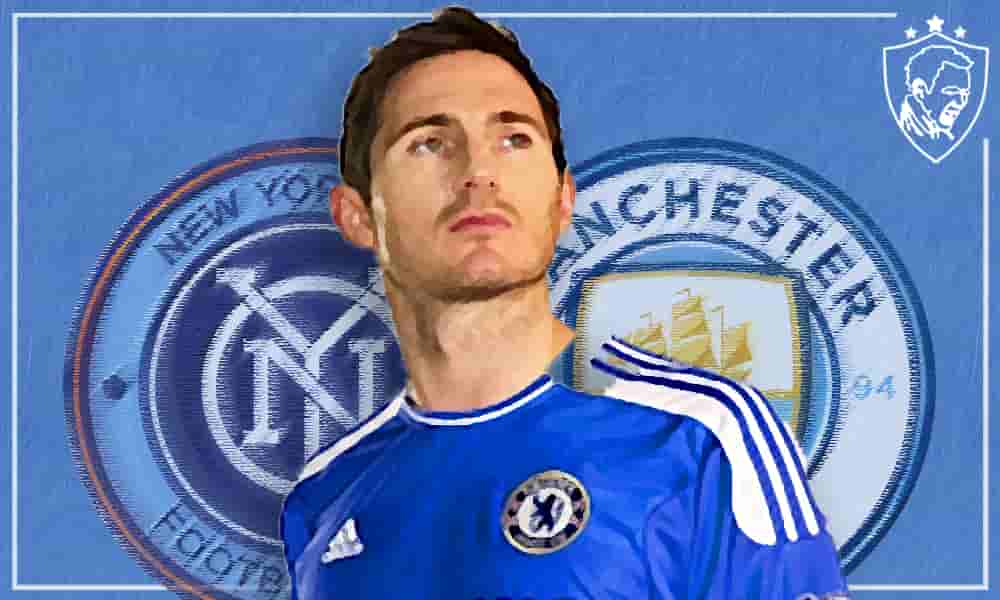 It was always going to be tough for a big legend to uproot from their favourite club and go somewhere else, but there are better ways to do it than this …

The only time I think anyone from New York City would have heard of Frank Lampard would be in the small community of people who decide that, of all the sports they could watch at home, a game where 11 men of each team run around kicking a ball was more alluring than what they were used to.

But to those who did follow football from most corners of the world, they’d immediately associate Lampard in the royal blue of Chelsea Football Club – where he’d spent a heralded decade of success at Stamford Bridge having relocated from West Ham in the early 2000’s. While there, he established himself as being one of the greatest goal-scoring midfielders of all time; leave alone in the glitzy era of the Premier League.

But like all good things, even something as certain as Frank Lampard being in the Chelsea lineup had to come to an end. Which just so happened to coincide with the end of his contract in 2014.

At this point in his career, Frank Lampard reached the pensioner’s age of 36, though he maintained this desire to remain in the advanced midfield position he called ‘home’ for so many years. So, instead of regressive to a defensive midfield disposition like many other ageing midfielders of his ilk, it meant that Frank would have to look further afield in a slightly … lesser … competition in order for him to make the most out of his later years.

So when it was announced that he’d be joining New York City FC on a Bosman two-year deal, heads collectively nodded in content that he’d made a sensible decision. Decent pay-packet from an MLS club, good quality of life, assurance of his regal status in the UK. What could possible go wrong with that?

Well … everything – if you decide not to join them when push comes to shove!

As part of a business decision revered by many across the business world (though probably loathed throughout the purist footballing community), New York City FC are part of what’s known as the City Football Group. A collection of institutions who are branded in a similar fashion to confirm their association with one another – where the heads of the organisations converge on the common goal of sourcing and providing for their main attraction.

The main attraction, in this case, would be Manchester City Football Club. Funded by the Abu Dhabi Group since 2008, the Cityzens have become areal force to be reckoned with in the Premier League era. In particular to neighbours United and Frank Lampard’s ex-employer in Chelsea. But why are we discussing this? Well, because the MLS season isn’t the same as what we have in England. Leaving Lampard … twiddling his thumbs for a bit.

In a rather ignominious turn of events, Frank Lampard would sign on – what we all believed to be – a loan deal with Manchester City. It later turned out that he signed a permanent short-term deal to play for City for the entirety of the 2014/15 season; thereby missing the official start to the MLS season …

… and playing a direct part in the club’s journey to going for the Premier League title that year.

What makes this entire thing even worse, though was that he would come on as a late-second-half substitute against Chelsea on 21st September. Where he would score and end his former club’s perfect start to the season. Though he didn’t celebrate and describes it as “the most emotional day of his career”, it’s an occasion which really doesn’t sit well with Chelsea ultras – or even the most ‘plastic’ / ‘casual’ of Blues supporters.

For it’s all well and good to say ‘it was a hard decision’ and he may have felt betrayed by the Chelsea hierarchy to not extend his original deal. However, it was his conscious decision to hoover up another honour at City rather than preserve his status at Chelsea in the eyes of the fans. IMO, it was a bit selfish of him to go there.

And with the news going around recently about how United fans felt about Cristiano Ronaldo potentially going to City this past transfer window, it pays to consider how great a gesture this is considering the actions of others.

If you’re a Chelsea fan, tweet this article using the button below to let us know what you made of Frank Lampard signing for Manchester City in 2014. Try to keep it PG, though I can appreciate why you wouldn’t!

previousWill Roy Keane Ever Return to Management?
nextThe Cairo Derby Goal Which Shook the Country in 2020