Tim Howard: The MLS Legend Who Refuses to Age! 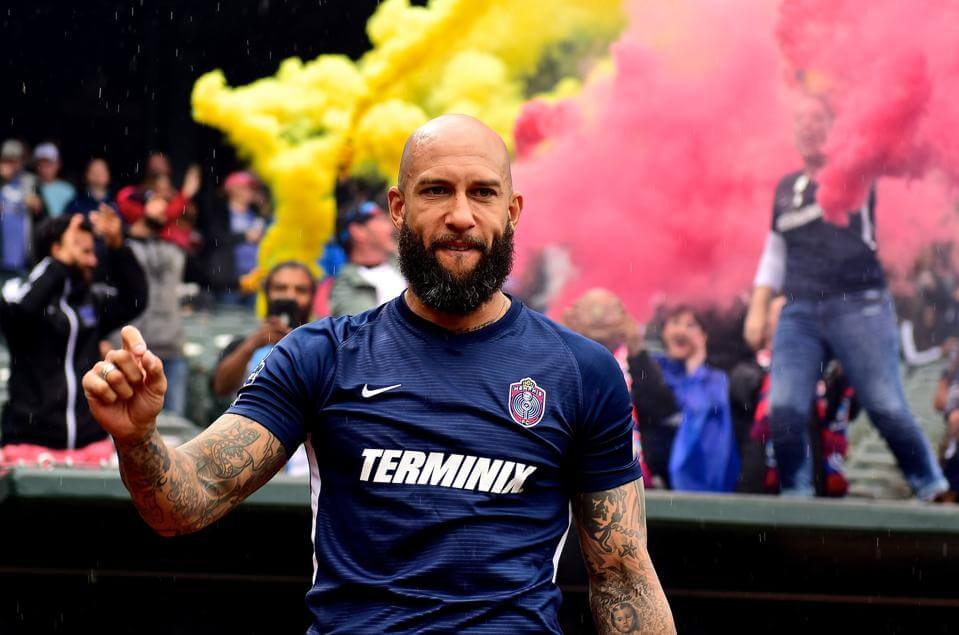 I know it’s a lot easier for a goalkeeper to go on into middle-age than outfield players, but this is pretty extraordinary

As a United fan myself, I’ve always held this positive opinion of Tim Howard. Though this is purely based off the every-so-often occasion that he was given the opportunity to represent the Red Devils in goal. Gosh, I can still remember him strutting his stuff in between the sticks wearing that plain black GK jersey in the early 2000’s.

Having largely been deployed under Edwin van Der Sar‘s shadow at the club, the flashy American stopper sought refuge at Everton – a team which has a proud heritage of ex-Manchester United players having an enjoyable time on Merseyside. In Howard’s case, it was nothing short of divine intervention as far as he was concerned.

In Everton blue (well, it was a green goalkeeper shirt, but you catch my drift), Tim Howard proudly became perhaps the best stopper that this team has ever seen in the Premier League era. His acrobatic saves, commanding box presence and even a cross-field goal is enough to take you into superstardom over there.

Eventually, at the age of 37, Howard decided to venture back to the United States – in what many pundits and commentators must have considered a ‘retirement plan’. Instead, he’s racked up over an additional century of appearances over there (including a couple of play-off runs for good measure) to prove he’s still got it.

Sure, he may not be as explosive as he was as a youth when facing a one-on-one situation with an oncoming striker, but his experience has proven invaluable to both Colorado Rapids and his current employers at Memphis 901 – where he simultaneously serves as Sporting Director and impromptu goalkeeper.

Only time will tell to discover what he will eventually achieve from a boardroom capacity in Major League Soccer, but given the tenacity and talent he’s showcased so far, I’d imagine that goalkeeping will never be too far from his mind. And in this world of big-money deals and attention-grabbing headlines, I thought we’d use this time for a small tribute to Tim Howard: an outstanding goalkeeper with an even more outstanding defence to Father Time.

What’s your own favourite Tim Howard moment from the MLS? Let us know below!