Edgar Davids: The Global Icon Who Came to Barnet in 2012 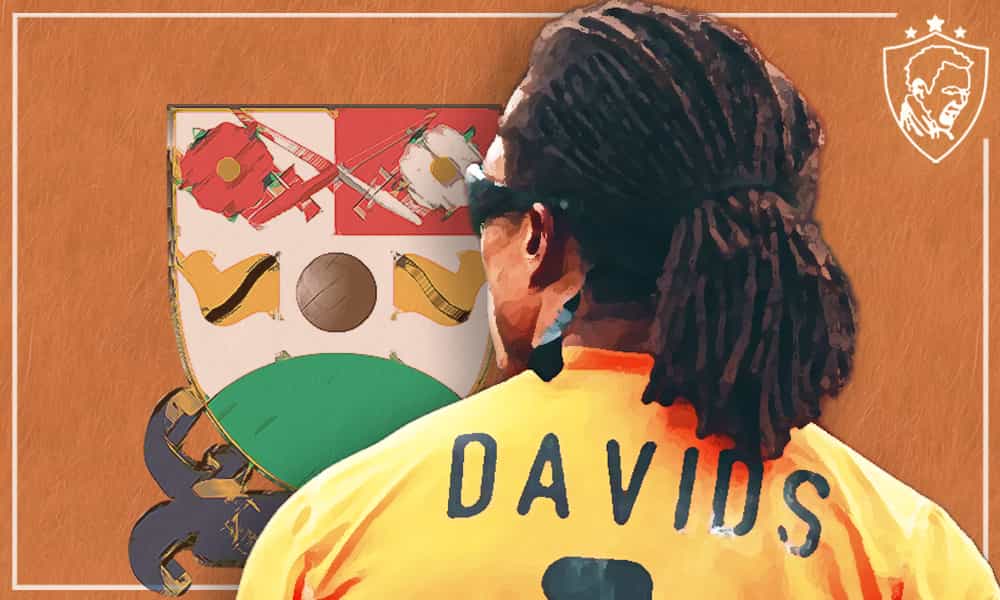 Arguably one of the most iconic and recognisable midfielders of all time, we remember one of the strangest decisions we’ve ever seen from someone of that stature.

Make no mistake about it, Edgar Davids did not invent the concept of being a big-time footballer and come to a ‘littler side’ with the view of doing something extraordinary with them. We’ve seen Bobby Moore do something similar with Oxford upon retirement, and Allan Simonsen tried with Charlton before that went belly-up ‘n’ all!

Like we’ve looked at before at Ultra United, Edgar Davids does have something of a penchant for doing the unexpected when most wouldn’t. As most will know, he’s made his mark on the footballing landscape as a combative, dedicated, driven central midfielder who made that areas his own at some of the game’s biggest football clubs. I mean, he’s played for Ajax, Inter, Juventus and Barcelona, for goodness sake!

My own personal recollection of the dreadlocked Dutchman was his brief, fleeting spell with Tottenham Hotspur between 2005-07 – something we’ve spoken about before here in the Ultra UTD archives. And perhaps it was this secondment in North London which developed that familial connection between the globe-trotter and the English game. Most specifically, with teams stationed within the country’s capital.

A brief return to terra firms with Ajax followed his time as a Lilywhite, before Crystal Palace came calling in what would be his final full season before officially retiring (for the first time) in 2010. Calling it “one of the greatest experiences of my life” when he announced his official departure in November that year, he found zero-to-little reason to uproot from London, so he decided to stay after his player career finished.

While here, he remained close to the game in its more primitive form at non-league. At Palace, he’d played on a ‘pay as you play’ deal (which is exactly as it sounds), which is a prerequisite to being an amateur player. Under this pretence, he played the odd game for Sunday League side Brixton United (just because he could), before being impressed enough by the facilities at Barnet FC to see if there was something worth doing there.

Officially elected to the supervisory board at Ajax alongside Johan Cruyff, it left a void in Edgar Davids’ life after completing some of the coaching qualifications required to succeed his playing career as a coach. So, surprising the entire footballing world (again), he came out of retirement to sign for Barnet on a player-manager basis in 2012.

While there, it was clear that Edgar Davids possessed a few qualities that simply didn’t suit the lower echelons in English football. Sure, he was combative and loved a scrap, but the turfs and tribulations of this area didn’t allow much of his technical quality on the ball to shine through. Plus, he had the temperament of somebody ill-suited to the invasiveness at this level, and found it difficult to cope in such circumstances to be successful long-term.

A number of stories have come out since about how he wasn’t too keen on managing games which required an overnight stay somewhere else in the UK, and overall it turned to be a bit of a bust for manager and club. One which ended tumultuously with his resignation from The Hive (great stadium, btw) in January 2014.

For homegrown Barnet fans who ere close to the action, I imagine there are some sour grapes when remembering Edgar Davids in a Bees jersey and coaching blazer, but from the outside looking in, I hope to see more of these moves in the future. Perhaps in a situation which is a bit more thought-out and clear as to the synergies between the two parties, but still, to see a global star rock up somewhere so integral to a local community and, at least, try to do something that would benefit these people. That’s a really nice thing to see!

What do you remember most of Edgar Davids’ time at Barnet? Let us know in the comments below and share this with your friends on social media if you enjoyed it!