Edgar Davids: The Great Ego That Came to Spurs 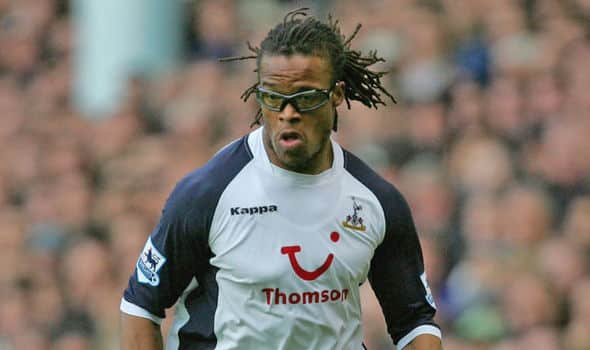 In fairness to the LilyWhites, they’ve had their fair share of good players. But Edgar Davids is definitely nearer the top than most.

Just in case you were born in the late 2000’s and have absolutely no idea what I’m talking about, then please allow me to start by thanking you for prising yourself away from your ‘For You’ Page on TikTok to soak in some football culture, for I promise that you shan’t regret this decision to come to Ultra United. After all, we’re talking about a legend here!

As is typical for pretty much every single Dutch legend that we know and love in the footballing world, there’s only really two clubs that you expect them to come from – a PSV Eindhoven or an AFC Ajax – unless you’re a certain Arjen Robben who sprouted from the crops at Groningen. Edgar Davids however, reverted to type as he came from the latter of the two giants; the home of ‘totaalvoetbal‘ and the creator of Johan Cruyff (find out more about that legend here), AFC Ajax.

Not just that, but he was also a part of one of the world’s greatest academy setups, in a time when their production line was as fruitful as ever. And alongside the likes of Edwin van Der Sar, Clarence Seedoorf and Patrick Kluivert, Edgar Davids was that pivot in midfield that even the most talented of teams can struggle without. In fact, and I might be going out slightly on a limb here, but Davids’ combativeness, consistency and passing range reveals him to be one of the best to have ever played in that role.

But with this opinion, came two things in the world of Edgar Davids. The first was a number of star-studded stops on his football CV which included stints at the likes of Inter Milan, Juventus and Barcelona, but then came the globe-conquering ego which often adorns those who have reached the top and are then tasked with coming a little lower than that. A Bosman move later. and Edgar Davids was in this very predicament when he joined a promising Tottenham squad in 2005. Then managed by a influential Dutch manager, Martin Jol.

Under him, Tottenham were attempting to play an expansive style of football that was previously deemed unnecessary by their well-to-do owner Daniel Levy. The inclusion of the likes of Robbie Keane, Ledley King, Tom Huddlestone and Jermain Defoe typifies the depth in talent that was dotted throughout the training ground, and therefore Edgar Davids’ free arrival into White Hart Lane was seen to plug the gap between the lines. And when he was on duty for them on the pitch, the dreadlocked Dutchman rarely disappointed, and took to the rough-and-tumble Premier League very well.

In pure footballing terms, Edgar Davids is one of the best all-round midfielders that the Premier League has had the pleasure of witnessing – even it was only for a brief, fleeting two-year spell in London. He had the stamina of a traction engine, knew when to play the ball forward or keep things safe, and was a fiery opposing force for even the silkiest playmaker to try and force their way through. But away from that, it was that dreaded ego which took hold over much of the rest of his time there – especially when it meshed in negatively with the rest of the group.

Tottenham were bestowed with the level of humility which often bestows a team that needs to bind together in tough times, and they played with a level of pride which indicated how much they thought of themselves in the big bad world of big transfers and commercial prospects by other clubs. So, having someone with Davids’ quality come in was a good thing, but only if he understood how to mix in well with the group – and a bust-up with Robbie Keane perhaps illustrates just how incompatible this polymer became. It’s a shame things didn’t work out for Edgar Davids here, he really could have established more of a dynasty than he did. Ego is a cruel thing.

Share this post if you’re a Spurs fan and have a particular memory of Edgar Davids! I’d love to hear it!