The Heartbreaking Reality of Adriano’s Career 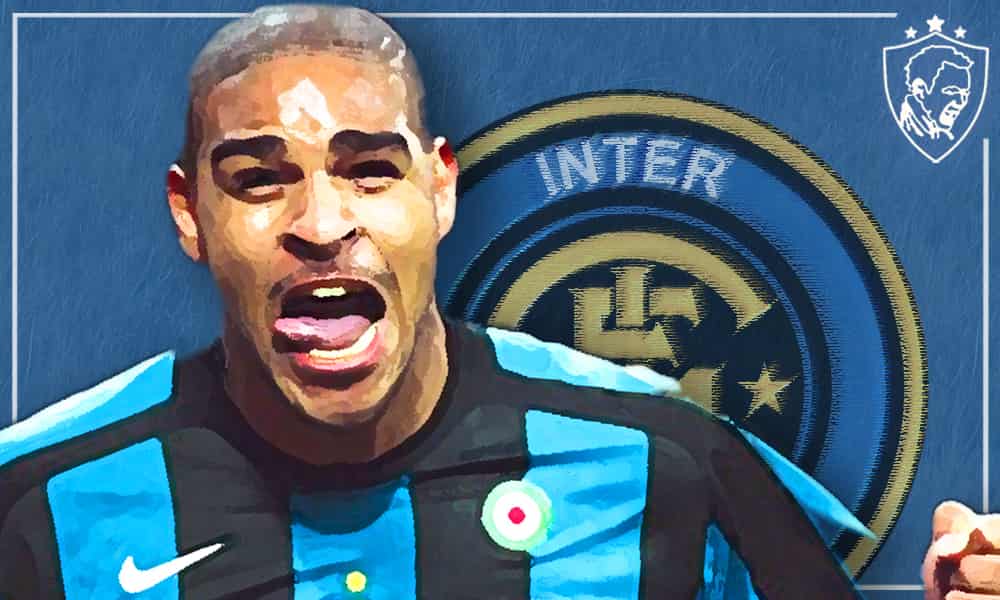 Of all the players I was fortunate enough to watch in the ‘foreign’ leagues, it’s clear that ‘The Emperor’ ranks as one of the best I’d ever gotten to see.

Able to do pretty much anything you’d require from a top striker, Adriano was the kind of guy you’d think the football gods had created in a lab. Domineering in appearance, fearsome at pace and unequivocally focused on thrashing that poor sphere into the roof of the net, he was on track to be the greatest in the world at what he does.

In fact, if you want to find out more about how I personally feel about Adriano, then check out my full feature on the lad here, but to summarise, let’s just say that I reeeeaaallllyyy liked his style. Tbh, he would be the only reason I’d ever watch Serie A football from around that time. Especially when he was tearing things up in that sexual-looking Pirelli-sponsored Inter Milan shirt from the early 2000’s … I really said ‘sexual’, didn’t I? Meh. No regrets.

With the world at his feet and a stellar spell at Parma and an inaugural show-stopper of a year at the San Siro for Inter, pundits worldwide were quick to assume where the genius of the Brazilian would be able to take him. Just like that, World Cups, numerous Scudetti and UEFA-related honours were assumed to arrive at the big man’s doors quicker than you can say ‘Nerrazzuri‘. But there’s one thing we all forget in football. Players are human.

A concept forgotten by those whose jealousy blinds them to the reality of being a professional, the life of a footballer (never mind a topflight one) is a very difficult one to lead. Sure, training occasionally, playing even less and getting paid a lot appears to be the ‘perfect’ prima facia lifestyle. Not exactly a 9-5 is it?

But then, in our own typical professional lives, when things go wrong … what usually happens? Maybe a slap on the wrist from your boss (figuratively speaking, of course)? Maybe HR might get involved? And that’s only in extreme circumstances. But you’re never: ostracised by the media, lambasted by press outlets, isolated by teammates and criticised into getting better. But then again … you’re not a football player, are you?

Most pertinent to Adriano’s case, the world of football rarely truly recognises the debilitating effects that personal trauma can cause on one’s career. Especially when you’re as closely linked with your family as Adri was, and upon whose support he relied heavily to keep him on the straight and narrow. So it came to be, that during the prime of his career, the poor guy would receive a call that we all dread, and would irrevocably change his life beyond repair.

“He got a phone call from Brazil ‘Adri, dad is dead’. “I saw him in his room, he threw the phone and started screaming. You couldn’t imagine that kind of scream. Since that day Morratti (Inter chairman) and myself watched over him as he was our little brother. He kept playing football, scoring goals, and pointing to the sky dedicating them to his father. After that phone call nothing was the same.”

Javier Zanetti on Adriano (circa 2012)

Type in the name ‘Adriano’ into most search engines, and you’ll likely come across a story describing his ‘demise‘ or somehow explaining his ‘downturn‘. But surely we’ve evolved beyond that in the world of journalism? Surely we can remove that football hat for a second and show some real humanity and concern for the person that lies beneath this behemoth of a star. It’s not about ‘what could have been’ with Adriano, it’s instead about what was and what remains. A reminder of how precious our life connections are, and how we can help ease pain for others.

What’s your most treasured memory of Adriano from his playing days? Let us know in the comments below and share this article on social media if you appreciated it.

previousWhen Houllier ‘Refused to Sign’ Nicolas Anelka for Liverpool in 2002
nextEdgar Davids: The Global Icon Who Came to Barnet in 2012