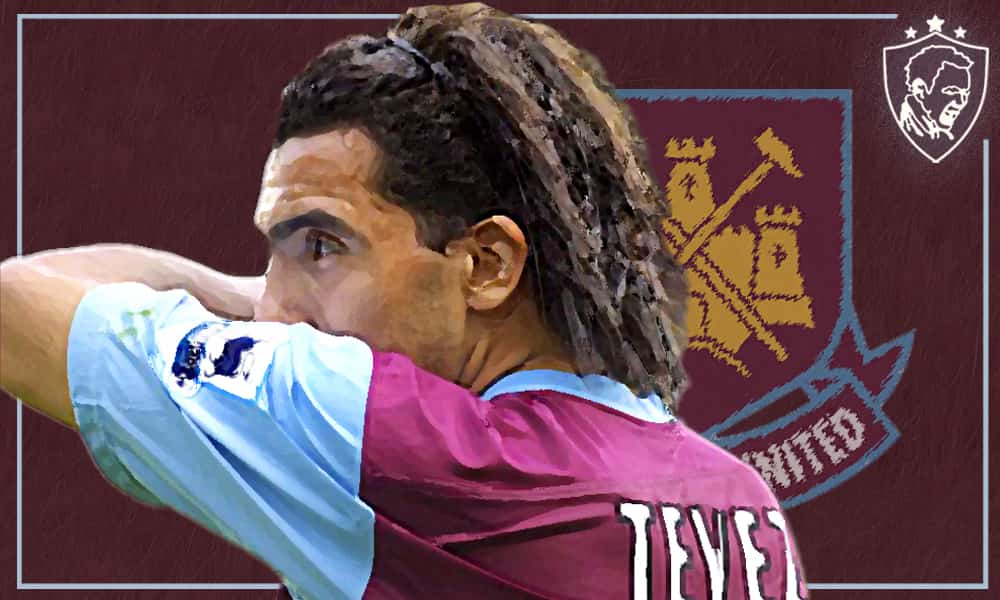 It’s one of those ‘where were you’ moments, this one. As I’m sure we all remember where we were / what we were doing when this transfer was announced.

Unveiled alongside a smiling Alan Pardew in the summer of 2006, the football world exploded at the news that Carlos Tevez and Javier Mascherano had signed for West Ham United. ‘Why?’, I hear you ask? Well, because they were two Argentine superstars signing for a relatively small club for a nominal fee. No offence, btw!

But away from all the controversy that surrounded both of their arrivals into Upton Park, there’s no doubting that they made their mark in the process. In relative terms, it appears to have been a little more difficult for Javier Mascherano to settle – before moving onto Liverpool to embed a little more successfully over there – but I’d imagine that even the West Ham fans of today still hold a positive image of Carlos Tevez.

In case you haven’t had time to check out our recent review of his live-action docu-series of his earlier life in Argentina, let’s just say that the tough embryonic development of ‘Carlitos’ is delicately embedded in his style of play and his forthcoming career. More specifically, in his resilience, dogged determination and decision-making.

Though his CV is encased with two emotional spells with Boca Juniors, it was a solitary year in Corinthians which really brought the ‘Tevez’ name into the stratosphere of the Primera Division. Earning a table-topping 25 goals in 35 appearances in the 2005/06 season, it encapsulated pretty much everything you need to know about him.

Delicate footwork, a defend-from-the-front modus operandi and a tendency to put his foot in where it doesn’t belong, it’s ironic that although his stardom might not have suited West Ham at that time, his working man’s approach to the game most certainly did. Tbf, that’s probably why they loved him so much.

Upon joining, Carlos Tevez was ever-present throughout most of the season and his aforementioned styles were clear for all to see throughout that campaign. The industry and integrity with which he wore that claret shirt funnelled straight into the hearts of Hammers everywhere. Oh, and he could put the ball away too. I mean, I guess that’s a key requisite for a striker, but I’m trying to say there was more to him than that.

Typically routed to the foot of the Premier League table, Carlos Tevez’ pre-English talents began to stand out in some of the more key games of their later fixture list. Despite being a loss, a 4-3 performance against Tottenham might be the most iconic of all; with the enigmatic Argentine twice putting the Hammers in the lead with a long-range and set-piece effort before the end of the season drew nearer.

On the final day, Tevez and co. would be stacked up against the mighty already-winners in Manchester United. Sensing the seriousness of the occasion and seizing the opportunities when they came, a looped ball into the United penalty saw a greased-up Tevez slotting through their defence, taking the ball on the half volley and sliding it passed the oncoming Edwin van Der Sar. Thus securing Hammers survival for the following season.

Like I say, there was a lot of legal stuff that marred Carlos Tevez’ time in East London, but as far as he exploits on the pitch were concerned. He was as enthralling, captivating and pivotal to their status as players come!

What do you remember most of Carlos Tevez’ time as a West Ham player? Get your thoughts in down below and share this post if you enjoyed it!