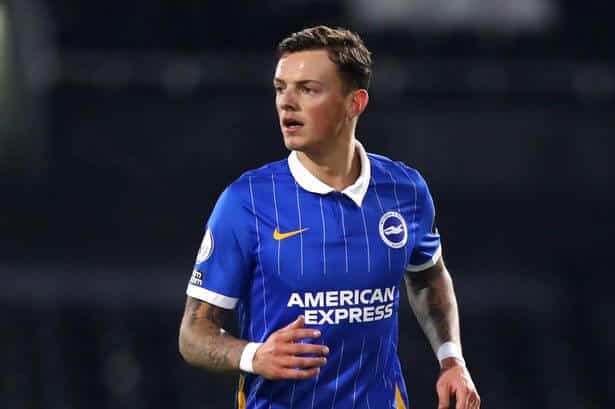 Sure, some say that it’s relatively easy to stand out at a club like Brighton than others in the Premier League, but Ben White is a different situation.

In case you hadn’t noticed, Liverpool haven’t exactly had the best of times as of late … in fact, they’ve had a pretty darn terrible time! Not only have they been misfiring at one end of the pitch, but they’ve been at sixes and sevens when having to protect their guard. And losing Virgil van Dijk to a collision with Everton stopper Jordan Pickford was the root of it all.

Since then, word on the streets is that Liverpool have trialed out over seventeen different centre-back combinations – all with a remarkably similar level of inadequacy in front of Alisson’s goal. So, in van Dijk’s absence (or even when he returns), it’s clear that the Reds need a sturdy, dependable option to grow into the role.

For me, there isn’t anybody available on the market right now which better suits the mould than Brighton defender, Ben White. ‘But hang on, I don’t think Ben White is on the market right now’. Well, here’s a news flash for you: just because they’re not parading around their training ground with a ‘for sale’ sign stuck to their rump – doesn’t mean they’re unavailable …

It’s a topflight fact that the ‘larger players‘ in the league are in a much greater bargaining position when it comes to procuring talents from those that are considered to be beneath them. And in this case, even the most die-hard Brighton fan cannot contain the fact that Liverpool are a bigger team of them and, in turn, are capable of prising Ben White from their grasp!

How much he would cost is a different manner entirely, and considering that we’ve spoken about Dayot Upemacano recently here on the Ultra UTD Gossip Column, it’s a true testament to Ben White’s quality that a similar £40-50million fee has been batted around for him to leave the Seagulls.

Sure, this amount can be inflated in part due to the fact that he’s a homegrown talent in an era where European alternatives will be tougher to come by, but it’s also reflective of his current and potential abilities. Comfortable on the ball, tempered in his movement and very confident in the air, it’s clear to see that Ben White is going places very, very soon!

At 23 years old with only a single season’s top-level experience under his belt, it’s slightly premature to say that Ben White is the absolute resolution for Liverpool’s defensive problems, but I personally think that he is an outstanding defender who may be a wanted man this summer.

At the time of writing, Brighton lay 16th in the Premier League table and there’s no telling whether a late resurgence from Newcastle or Fulham beneath them (in particular) could seal their lower league fate. And if that does happen, I reckon Ben White is as good as gone – as well as two or three of their other stand-out employees … but we’ll get to them later!

What do you think? Will Ben White be atop Liverpool’s wish list this Summer? Give your thoughts down below!