An Ultra United Tribute to the Great Sir Bobby Robson 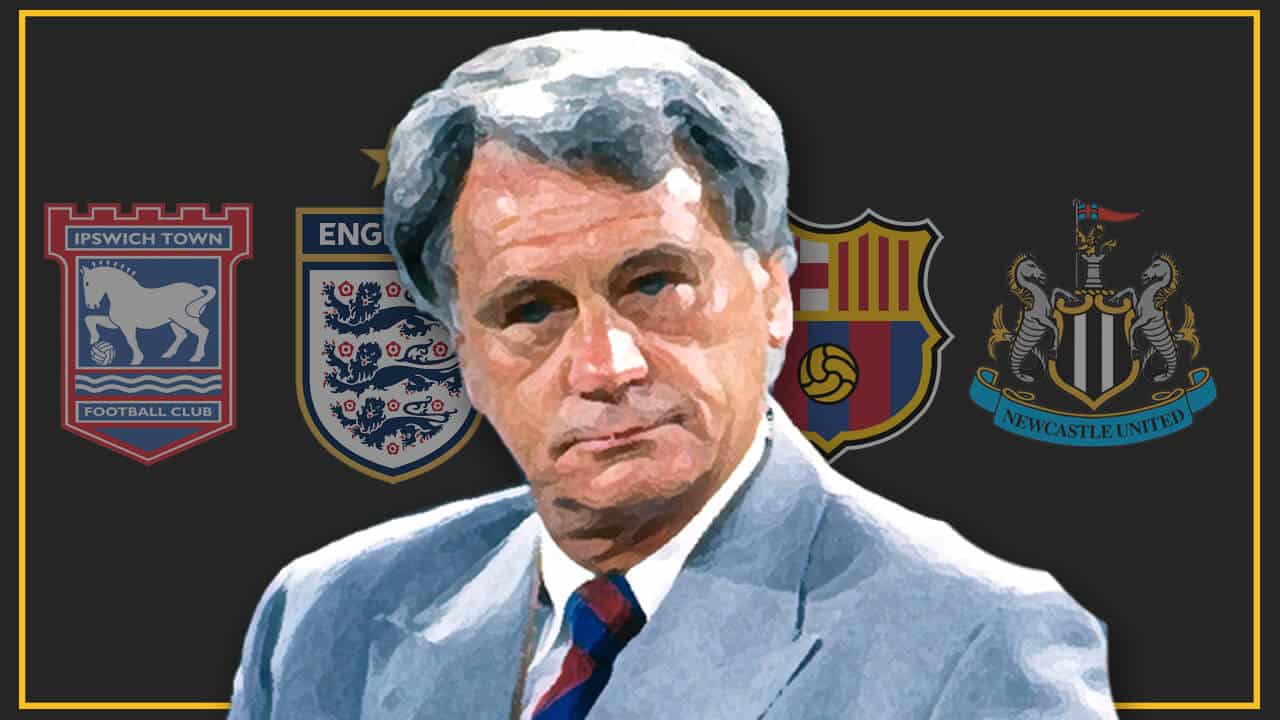 It seems quite apt that, this Father’s Day, we remember one of the game’s most familial figures from the hot seat.

There are very few people I get wistful and misty-eyed about, but Sir Bobby Robson is definitely one of them. Not just for his successful career as a manager and the adorning trophies and awards that officialised his victories, but more so for the way the great man conducted himself both on and off the pitch.

Starting out life as a tidy little central midfield player from the North East of England, Sir Bobby Robson followed up what was a double-decent playing career with an even better coaching one. A post-kicking CV which would eventually take him to all over the Central European leagues in search of quenching that seemingly unquenchable thirst for anything and everything to do with the game he loved so much.

For want of not taking you away from your families from this day and its weather here in the UK, we’re going to avoid spending too much time at any one of Sir Bobby Robson’s famous stints in Europe. And instead, we shall cherry-pick some of the key incidents where he displayed the genius with which he’s since been remembered.

Firstly, just the idea of Sir Bobby being a ‘globe trotter’ at club level tells you more than what meets the eye. Often, players and managers (even today) like to stay where they’re wanted and find familiar. For risk of not damaging the reputation they’d worked so hard to build, and now actively seek to preserve. It’s a common theme which comes up, for example, in that stupid Cristiano Ronaldo v Lionel Messi debate.

Over time, the loveable Geordie decided to pack in all that ‘comfort zone’ nonsense, and packed his bags to set sail abroad 5 separate times; with PSV Eindhoven (twice), Sporting Lisbon, FC Porto and even FC Barcelona. The latter of which proved to be great little season – which we discuss in more depth if you click on the link here.

In that season alone, the success of which mostly hinged on Sir Bobby Robson’s decision to take a chance on some young Brazilian striker he’d worked with at PSV, the way the boss handled the pressure and media presence throughout his time in Catalonia deserves real credit. No matter the rhyme or reason for why the vultures circles his appointment, he remained stable, clear, calm (sometimes) and relentlessly original in his response.

Even with what he achieved throughout Central Europe, Sir Bobby is perhaps best remembered for his exploits back home. Which, in itself, included a trio of three very different kinds of triumphs. The first, a complete revamp of and surprise FA Cup win with minnows Ipswich Town to reignite his false start at Fulham a few years earlier.

He then inspired England to the ever-encapsulating Italia ’90 campaign – which arguably helped to change the landscape of the game on domestic level beyond recognition when you consider its after-effects. Throughout which he, among other things, enabled the entire world to see the indisputable brilliance of a certain Paul Gascoigne; who’s since credited the manager for bringing the best out of him during his own relatively unstable career.

And after all of that, the now-Grandfather of English football tried his hand at steadying the unsteady ship of Newcastle United Football Club. A club which has never since seen the heights from which he dragged them to, I bet the officials at that club feel pretty poorly for how they handled Sir Bobby Robson’s untimely dismissal there.

Altogether, it’s very tough to sum up this wonderful man’s achievements in an article, never mind these closing words. But for me, he will always go down in my mind as being one of the most beautiful, kind-hearted and pure men in football history. Someone who loved the game, and did his best to ensure that we could fall in love too.

As you can probably tell, I absolute adore Sir Bobby Robson. If you do too, get your favourite moment of his in the comments below and share this post if you enjoyed it!