The Truth Behind the Ronaldo World Cup 1998 Conspiracy! (Podcast #2) 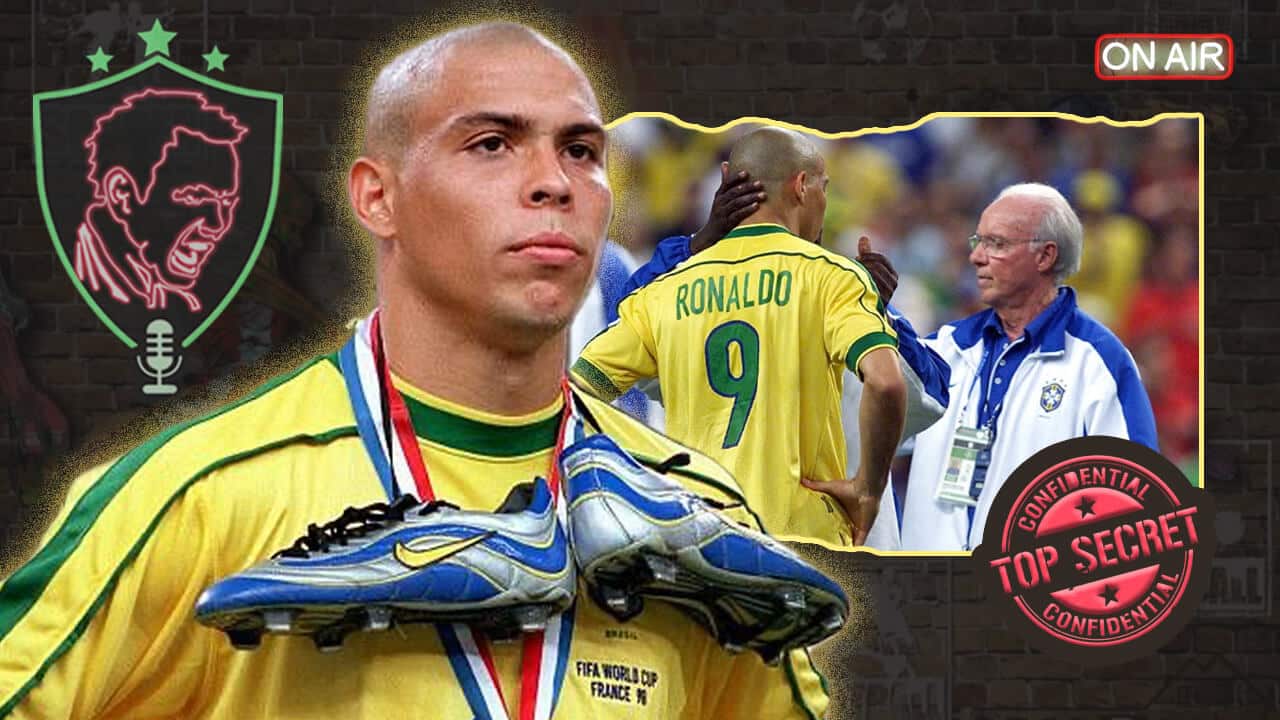 In the second episode of The Ultra UTD Podcast, we discuss the mystery, infamy and controversy surrounding the so-called ‘Ronaldo World Cup 1998 Conspiracy’. Buckle in, because this is a wild ride …

Since the dawn of time and right until its end, debate will rage on about ‘who the greatest of all time’ is. Though as I mention in my book, ‘The Football Spider Web’, it’s a boundless question that is unanswerable by design. If you want to find out more, then feel free to click HERE to take a deeper look on Amazon Prime.

As I explain there, I prefer to use more specific questions in order to reach more reasoned conclusions. So, instead of asking broadly who ‘the greatest‘ is, I select certain attributes like ‘the best goalscorer‘ or ‘most well-rounded striker‘. And high on my list of choices in that second department is the phenomenal Ronaldo Nazario. I mean, he’s high on my list for most definable departments, but let’s stick to that one for now.

We’ve spoken about what a prime-time Ronaldo was capable of – in particular, during his famous stint alongside Sir Bobby Robson at FC Barcelona in the 1996/97 season. But if you can’t be arsed to click on the link I’ve so graciously provided, then just believe me when I say that the man was an absolute gift from the heavens above.

Blessed with explosive acceleration qualities, an impressive physique and a level of confidence that ‘Jedward‘ would be jealous of, there was simple no stopping the man when he was on course to do what his contract expected of him. And having developed these techniques since the end of the FIFA World Cup in 1994, he was ready to take the world by storm (and the nation by the scruff of its neck) four years later.

But as you can tell by the title, we’re unfortunately not going to speak about this competition as the setting for the great man’s inevitable rise to global superstardom. Instead, the Ronaldo World Cup 1998 story is one which the Brazilian might want to try and forget. Well, that’s the thing actually, because even he barely remembers what happened!

If you haven’t heard about this story (somehow), then be sure to click the ‘Play‘ button above to discover one of the craziest conspiracies of all time. As the Ronaldo World Cup 1998 journey started in a way in which we all expected – with him single-handedly dragging Brazil to the tournament’s finale in a way befitting of his globe-conquering status. But then when the final was scheduled to be played, the strangest of things occurred …

Like I said, I’m not going to ruin the story for you as overall, it’s one which truly typifies the ‘phenomenon‘ status of Ronaldo. Let’s just say: triumph through strife breeds a champion, and that’s exactly what he is.

Do you remember this infamous Ronaldo World Cup 1998 story? Get in those comments!