Why Roberto Carlos Struggled at Inter Milan in ’95 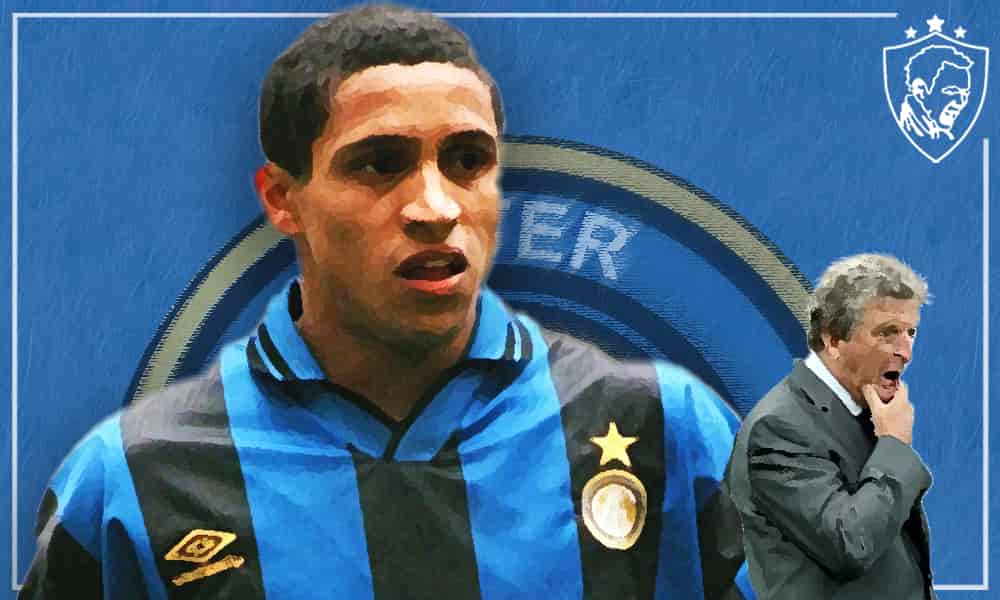 Before becoming the Real Madrid and Brazil legend that he is considered today, Roberto Carlos struggled to play the way he wanted.

We’ve discussed this issue in articles before here e.g. when Andriy Shevchenko moved to Chelsea in ’08. And although Roberto Carlos didn’t have to contend with the fact that his manager allegedly didn’t want to buy him, he understands what it’s like to play in a culture / team which is unsuitable to him.

Between the years 1993-95, Roberto Carlos really established the style of play that he liked to consistently deploy when out on the football pitch, and in fact, it was the same mantra which led to his ‘iconic‘ status in the game.

Of course, I’m referring to his insatiable appetite to maraud tirelessly up and down the lines for club and country before unleashing a fierce shot towards goal or allowing a more central teammate to do so after whipping one into them at speed.

It was back home in Palmeiras where this reputation developed, but it was only a matter of time before his younger international performances garnered some positive attention from the central footballing communities – where the ‘big bucks’ are.

After a long battle in the summer of 1995, with many big clubs vying for his signature, it would be Internazionale Milano (‘Inter Milan’) that would eventually win the battle … but not the war.

Technically speaking, the stats book will say that he was more prolific and consistent for Inter than he ever was for Palmeiras, but beyond that (and ignoring that lazy form of punditry and football journalism), two things happened once he got to Milan – and would invariably go on to negatively impact his time in Italy. If you’re not clued up on your football history in Italy, then maybe our ‘Calcio Ultra‘ section is for you, by the way!

The first of these reasons, it one that we have explored many different times already in our earlier life here at Ultra United (‘Ultra UTD’), but if you’re still interested in finding out more about the infamously ‘boring’ and ‘stale’ catennacio style, then I’m sure there is copious amounts of text available to fill that void for you.

With specific regards to Roberto Carlos, let’s just say it was the antithesis of almost everything that his free-flowing Brazilian upbringing was determined to encourage. Not too dissimilar to that of the Brazilian nation as a whole!

Not to mention the fact that Inter Milan was being managed by a certain Roy Hodgson around this time in their history as well. Indeed, these really were different times in the world of Italian football.

Taking to their defensive style with aplomb, Roy wasn’t about to completely alienate his lads from the form of soccer that their needy fans had grown accustomed to. Thus, meaning that Roberto Carlos’ all-round defensive stability was destined to be left uncovered in the blue and black of Inter Milan.

They even tried to force him further forward in a left-wing position to see if that would have the desired effect, but to no avail. Hodgson loved the ol’ ‘hit it and hope’ ideology of Italy, and this meant that the wings as a whole were left largely alone compared to other styles. And Roberto Carlos wasn’t the type to feed off scraps.

He was ‘the scraps’, dammit! So, I don’t know about you, but I’m just darn glad that he moved away from Italy when he did, and who were more deserving than the biggest club in the world to adopt him? In my eyes, absolutely nobody else at all!

Don’t forget to share this post and let us know what you think about Roberto Carlos’ time with Inter Milan. You can do that by using that little Twitter symbol just beneath this very article. How convenient!