Ronaldinho & His Powerful PSG Move in 2001 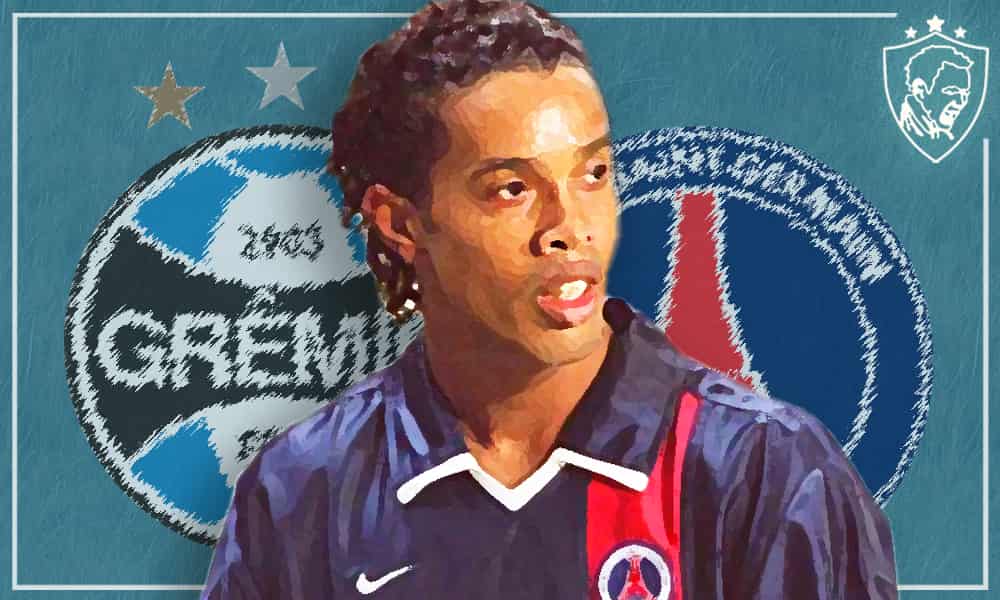 A player revered for how he joyously he played the game of football, it’s worth remembering that there was a lot of resilience behind that grin to make his dreams a reality …

Pivotal to his earlier footballing life was Ronaldinho watching his older brother Roberto. Keen to follow in his footsteps (with, most likely, the aim of bettering whatever he was able to do), it was evident right from the off that the youngster was destined to be a football player. How good he would be, was completely up to him.

As fate would come to have it, his older brother’s short-lived career with local (and still personal favourite) side Grêmio inspired a young Ronaldinho to put on that bright blue shirt one day. After being drafted into their academy in 1987 (at the age of seven years-old), it took the kid just shy of a decade to earn his way into the Primera Division first team setup. But once he did, there really was no looking back for him.

On top of his envious dribbling skills and ability to carry the ball at pace against defenders, there was this imperious aura of fearlessness which came over the young Brazilian whenever he represented the side. So much so, that the precocious talent was even trusted with the odd set-piece opportunity here and there, and as something which has turned out to be undervalued in his arsenal of skills, he proved to be pretty good at them!

“I’ve worked with some great players in my time and all at a very interesting period in their careers, nineteen to twenty years old. But, with due respect to the others, Ronaldinho was a cut above the rest.”

In three ever-present and enjoyable seasons in Brazil with Grêmio, Ronaldinho racked up an average of a goal involvement every three games from the wide-midfield position – often electing to take up the position of what we’d now commonly title as an ‘Inside Forward’. It was that precise ability to take the ball off the left and cut in onto that deadly right foot which largely attracted the interest he garnered from multiple teams in Central Europe.

Strangely enough, it’s since been revealed that a number of Serie A clubs were heavily interested in the trickster, and though he might not have explicitly had the foresight to decide against the Catennacio style of Italian football, it’s probably a good decision that he decided to go to somewhere more accustomed to his way of playing. Paris Saint-Germain ultimately purchased Ronaldinho in the summer of 2001, but it wasn’t an easy transition …

As far as the football itself was concerned, Ronaldinho was almost just as prolific for PSG as he had been at Grêmio – which isn’t the easiest thing to do when adjusting to the different cultures. Something which falls under the radar for a lot of transfers is how difficult these sorts of relocations can be. Different playing styles, expectations, lifestyle outside of the pitch, language, teammates. Everything has changed and yet you’re expected to churn out returns.

Fortunately for everyone concerned, Ronaldinho played with a level of confidence you need to put these things to the back of your mind and focus on football. But nevertheless, the mental strength it takes to make something like this work cannot be understated. Especially when a number of fans back home begrudged the move at the time for how little PSG paid and what little overt response their youngster gave in response to that.

Ultimately, this ended up being the move that spearheaded the young man’s move to the top, and given how differently things could have gone under those Parisien lights, he deserved nothing less for taking that dive.

What do you remember most of Ronaldinho’s time at Paris Saint-Germain? Get them down in the comments below and share this post on social media if you enjoyed it!