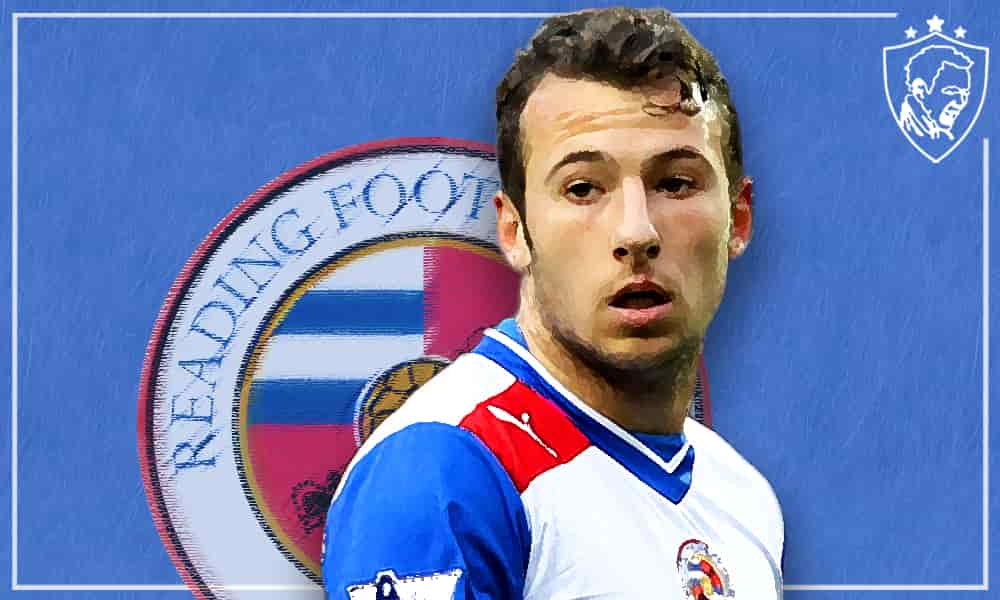 While Reading’s return to the Premier League was short lived, Royals fans had the privilege of watching some thrilling late action in their Premier League encounters, with one of the best impact substitutes that the footballing world has ever seen.

Before Adam Le Fondre’s time, Reading had previously spent two years in the Premier League with their 2006/07 season being one looked back on with great fondness by the loyal fans in Berkshire as they finished eighth in their first season back in the topflight, a story that will be discussed at another time.

However, much like many newly promoted sides, the following season was a struggle and further emphasized the term ‘second-season syndrome’ as they fell through the relegation trap door despite a final day 4-0 away win against bottom side Derby County.

The topflight lifestyle really isn’t for the feint of heart, I can assure you that much!

After a four-year absence from the Premier League, Reading returned to the topflight by clinching the championship title in 2012, with new manager Brian McDermott being named LMA Manager of the Year.

Despite such excitement surrounding a return to the Premier League, Reading would soon find themselves in another challenging predicament which culminated in a second relegation from the topflight, which they’ve failed to remedy even at the time of writing and, tbh, show little sign of doing so anytime soon!

No offence, royals, big fan of your work!

In amongst all the setbacks of another relegation from the top division, there was one major saving grace: The emergence of Adam Le Fondre as the squad’s principal attacking starlet.

Le Fondre was mainly acquainted to the Reading bench but when he made a frequent appearance coming on as a second half substitute he would prove to be Reading’s main source of attack in their attempts to stay afloat.

Despite failing, Le Fondre gained a number of plaudits for his performances throughout the season and finished as the club’s top scorer with 14 goals in all competitions, being named as Reading’s Player of the Season for his efforts.

Some of his most notable moments throughout the season include his double in Reading’s first win of the season in November against David Moyes’ always sturdy and established Everton side (why it did have to be against the club I support!!).

Another coming in a magnificent game against Chelsea at the Madejski Stadium that saw Reading trailing for 87 minutes before Le Fondre struck twice in the final moments to ensure that the Royals would snatch a point against the reigning Champions of Europe. Suddenly, the name ‘Adam Le Fondre’ was being spoken about in hushed tones.

Adam Le Fondre was also named Player of the Month in January for his efforts with his manager McDermott taking the Manager of the Month award during a brief resurgence month for Reading.

He would score other goals off the bench against the likes of Fulham, two against Newcastle United, two more against Arsenal and against West Brom with a certain Romelu Lukaku also getting on the scoresheet that day.

Le Fondre would score in other fixtures that season, whether that be as a starter or a substitute, and with such an impact, Reading’s games became much more entertaining and enticing when heading into the final moments.

After his tenure in the famous blue and white stripes of Reading FC, Adam Le Fondre would later depart for Cardiff and has since had stint’s at the likes of Wigan, Botlon (where he would score against Reading in March 2018) and Melbourne City in the A-League.

One of the greatest names to ever be exported from the Stockport County academy and the greatest super-sub the Premier League has ever seen, yes, even better than Chicharito – though I’m sure our founder would disagree!

From memory, what’s your personal favourite moment of watching Adam Le Fondre in a Reading shirt in the Premier League? Let us know by tweeting us using the button below! Hehe … that rhymed.