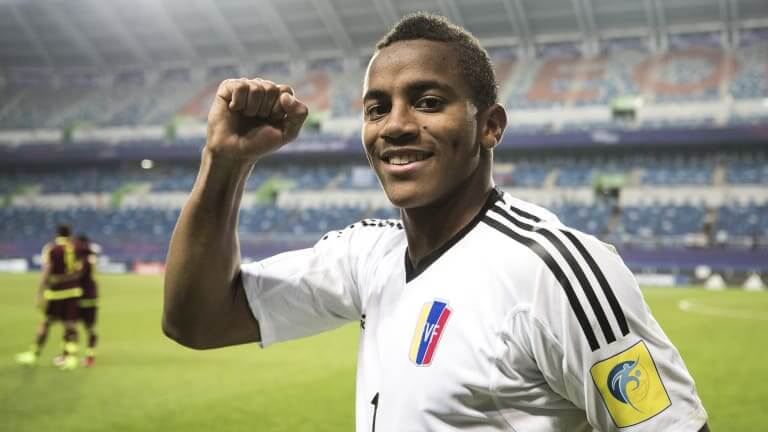 It’s a very dangerous game to suggest something like this, but I really do think it’s time we address this.

Developing back home in the Caracas youth setup, Wuilker Farinez has proven himself to be a rather unconventional, yet highly talented shot-stopper. And I suppose when you stand under six foot, it sometimes pays to behave in a way which is generally contrary to the norm of an industry where height is preferred.

Nevertheless, like a sub-six-foot man attempting to court a lady who has their heart set on someone … higher … Farinez has licked his wounds, sharpened his tools and looks a very good prospect for any good woman! You know I mean football club, but I was too deep into the analogy to throw it down.

I remember personally talent-spotting a young Wuilker Farinez when I was an intern at Wasserman Media Group. For those interested, this was a part of their summer programme for undergrads to get some experience of what it’s like to work in a big-time football agency. And a part of that is to scout foreign talent from a remote office.

Using platforms like WyScout and Transfermarkt, I was asked to bring up any South American talents who would be suitable for a Championship side for roughly under £2million pure transfer value. And after coming across the ‘Venezuelan Spider’ at youth international level, I’ve been enamoured with him ever since.

Nicknamed ‘the Spider’ when he moved to Millonarios in 2018, it’s clear that he has some way to go before being that consistent, dependable and calm figure one generally expects from their first-choice goalkeeper. But until then, I for one am enjoying his shot-stopping ability and all those other things that make him so atypical in net.

His best qualities come when he doesn’t have all that much time to think. At point-blank range, his shot-stopping ability is always an opportunity which Wuilker Farinez takes to prove to the world how agile and athletic he is. Even if it means putting any sort of limb in the way of the ball to protect his defensive record.

On the ball, he’s also quite technically sound when it’s at his feet, though maybe his decision-making could be better. Having said that, it’s nothing a bigger move with more responsibility can’t fix. I thought that would come with RC Lens, though hopefully the next few years will afford him the opportunity to come out of that ignominious second-choice role in France. And if that means a move away, then so be it – I just want to see that initial potential back in 2016 truly come to fruition under a manager and within a team where he’s trusted to the fullest.

Have you heard of Wuilker Farinez? Let us know your thoughts below!