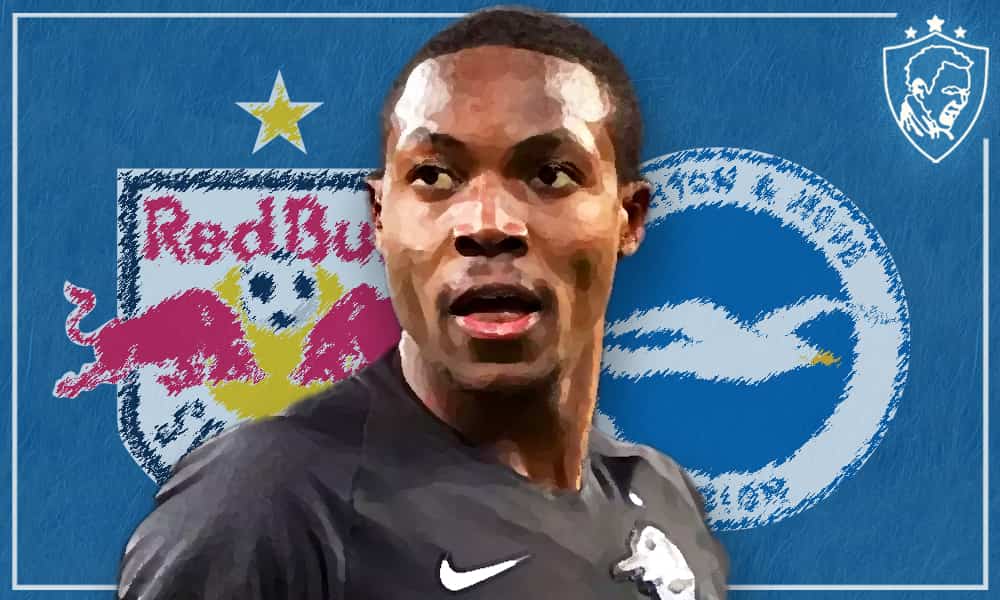 Adding to an already emboldened list of talented players moving to the Premier League this season, we now have this one to consider …

Having paid close attention to what RB Salzburg have been doing since the emergence of Erling Haaland, I’m more than aware of Enock Mwepu. And putting my Manchester United-fan bias to one side for a moment, I couldn’t be happier for the guy to get a chance at a team like Brighton & Hove Albion this season.

Over the past few years, Graham Potter’s Seagulls have sort of become pretty much everybody’s unofficial ‘second team’ in the Premier League. For while they might not get the results you expect from their more seasoned competitors, we can all learn a thing or two from their eponymous ‘Potter-ball’ tactics. A series of formulas and ideas which rests quite heavily on the ability of their deeper-lying midfielder to do their job well.

Since arriving from Lille in 2018, most of that responsibility has been thrusted upon the slight, yet nimble frame of Yves Bissouma – someone whose future has been a source of constant media headlines since Arsenal and Liverpool were linked with him around January in 2020. With that in mind, I see this as a replacement signing in far as positions go, though it’s never quite as simple as that, is it?

In terms of their combativeness, desire, stamina and positivity on the ball, there are clear comparisons to be made for the incomer and soon-to-be-leaver. However, I look at Enock Mwepu’s stature, the way he rises into the air to clear the ball and his favour for the cross-field pass and suggest there’s a little more to him than meets the eye.

Coming to his own in an Red Bull shirt the same time Bissouma arrived from Lille, the one-year-younger Zambian plays a little more like a box-to-box midfielder in the free-er surroundings of Salzburg. So, it might take him a little while to get used to what Brighton might request of him in the traditional defensive sense, but I doubt it’ll take very long for him to get up to speed with the pedigree he’s shown in bigger games closer to home.

Forming a strong friendship with fellow Zambian Patson Daka – you should all know how I feel about this guy, btw – Enock Mwepu has slowly began to shift his out-in-out right-sided mentality for a more fluid one to accommodate the attack. The odd penchant for a through ball here and a no-nonsense strike there has afforded the lad the occasional goal and assist in Salzburg colours – 20 in total across 80 appearances … which isn’t bad at all!

Describing this move to Brighton as a “special time in [his] career and a huge step [forward]”, I’ve been mostly impressed by the beautiful humility of the man, and I think it’s something which the paying AMEX Stadium fans will take to very quickly once that desire to work hard and pay back his fee shows on the pitch.

Speaking of which, it appears that his rough £20 million price tag would dwarf that of any impending Bissouma departure by around 50%. Though there’s nothing to suggest that he will make good of his financial outlay, there’s good reason to believe that he’ll fare nicely in a system and expectational structure to that of his new home.

Looking down the line, this could be the ignition for a very fruitful adventure for Enock Mwepu, as he and Patson Daka could do some real groundwork in achieving some well-earned notoriety for their home nation. I’m also really glad that they have each other throughout this process in England … just makes it more wholesome, y’know?

How do you think Enock Mwepu will fare at Brighton in the forthcoming Premier League season? Let us know in the comments below!