Kevin Keegan: ‘My Life in Football’ 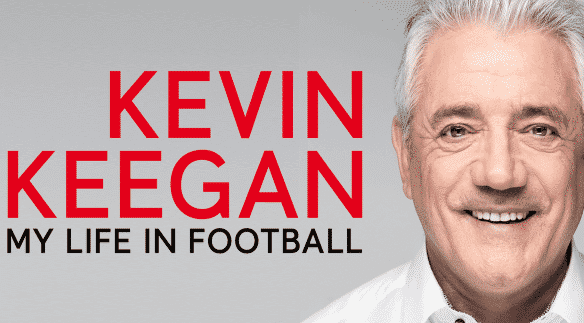 I tell you what, for someone as trailblazing as Kevin Keegan, I expected a little more creativity when it came to titling this.

Then again, I suppose it does exactly what it says on the tin; in giving an in-depth, no-holds-barred account of Kevin Keegan’s extraordinary footballing career. Throughout his time on the pitch and off of it, Keegan has always been very passionate and outspoken in conveying his thoughts and ideals about the game that he’s served so long. And finally, we are able to hear directly from the man himself, as he recounts over a CV which has more twists and turns than a lap around Thorpe Park.

Even from the outset, you begin to realise that the game of football was a decidedly different world from how it is today, and one of the reasons why I like this book so much, is because Kevin Keegan experienced that development first-hand. At the beginning, he remembers first being scouted at a local pub team for Scunthorpe, before being attracted to Liverpool Football Club by the one and only Bill Shankly. Imagine that – going from Scunthorpe to Liverpool. No disrespect to ‘The Iron’, but it is an almighty leap … one which takes an almightily good footballer to ford correctly.

In six years at Anfield, Kevin Keegan quickly established himself as one of the greatest strikers the club has ever seen, and in fact, his impending legacy in front of the Kop set up much of what went on to be their most fruitful time to date. Before him, forwards were typically butch, immoveable figures who waited for the ball to come to them before swinging a lazy boot at it and hoping that it ends up hitting a net of some sort. After him, future ballers learned that shorter, stockier, more daring frames who could pick the ball up from deep was a welcome alternative.

After blazing such a trail for his fellow frontmen on the grass, Kevin Keegan decided that there were far more untapped paths in the world of football that needn’t go unexplored much longer. Therefore, you would think that an established topflight Liverpool striker might wind his time down somewhere or continue to play where they’re already respected, and don’t feel the need to keep proving themselves in different settings. ‘King Kev’ didn’t care about reputation, however, and instead built upon his in much more tumultuous and difficult circumstances – thus, explaining his stints at Hamburger SV, Southampton and, fatefully, Newcastle United.

Then he became a manager – where his latter stint at the Magpies explains their choice when looking for a managerial candidate in 1992. His legacy in those six years in black and white – where he led their ‘Entertainers’ to over-achieving stunts in the Premier League throughout – forms the backbone of his entire coaching CV. Of course, he’s very candid in suggesting why things broke down there, and why he elected to go to Manchester City before England came calling. But it’s his decision to return to St. James’ Park in 2008 which proves to be a real page-turning excerpt.

Outspoken as ever, this is a section of the book where the reader implores Kevin Keegan to NOT hold back – and he obliges magnificently. Contrasting the prior stint under Freddy Shepherd with the rocky boat that is Mike Ashley, Keegan begins to truly reveal why Newcastle United has never been able to recapture their former glory of the past two decades. If I’m honest, I find it a real shame that we don’t hear from him much anymore – for the game is better when you have those who maintain the level of candour and authenticity that Kevin Keegan preserved throughout. It would also make great telly as well. Imagine him and Roy Keane in the same room. Brilliant!

Click HERE to be redirected to the Amazon listing for ‘Kevin Keegan: My Life in Football’. An insightful read.

3 thoughts on “Kevin Keegan: ‘My Life in Football’”