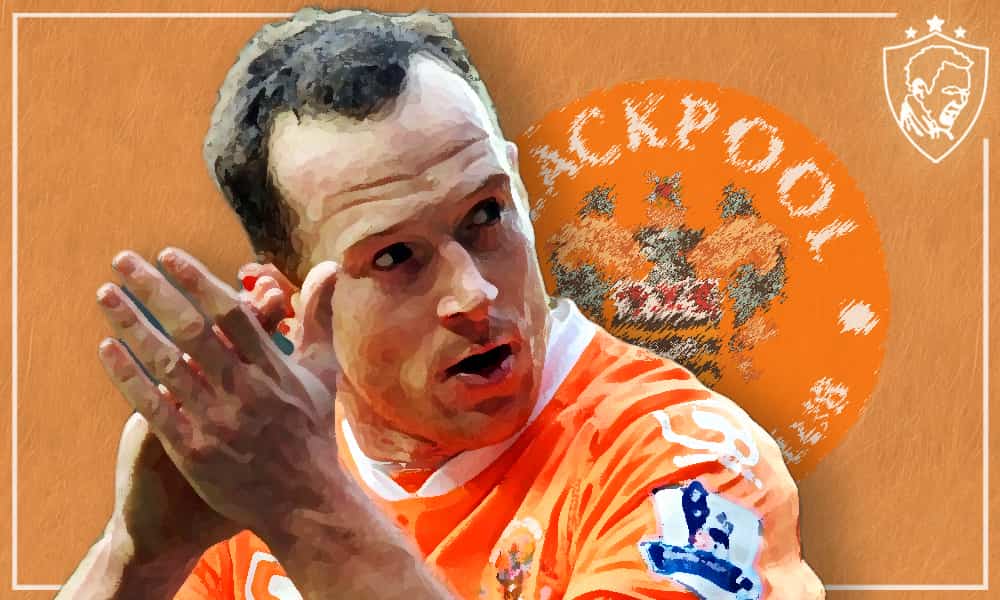 When you think about Blackpool and their brief stint in the Premier League, you’ll think of two things: their leaky backline and some random ability they had throughout the squad.

Chief among whom was Scottish maestro, Charlie Adam. After a long, drawn out saga with former parent club Rangers, he was eventually unveiled as a permanent Blackpool player in August 2009 for a club-record fee of £500,000. Which, as many Seasiders will acclaim, was money well spent!

Named in the ‘Championship Team of the Year‘ in his first season, the pure calmness, solidity and confidence of having Charlie Adam in midfield went a long way in securing some of Blackpool’s most publicised moments to date. With perhaps his greatest pre-Premier League endorsement coming by way of a trademark free-kick against Cardiff City at Wembley Stadium; thus, securing promotion to the topflight for the 2010/11 season.

When watching Blackpool myself, I distinctly recall that there were just so many signings for a single window. In fact, in my unprofessional opinion, I would call the amount of their business as non-conducive to ensuring that the club could ever be a true unit with the amount of new faces revolving in and out of the Seasiders door that year.

However, most importantly, it appeared that the Blackpool ranks failed in doing two key things. One: paying attention to how much relevant experience any of their incoming signings had, and two: having some kind of discernible idea of how best they were going to mould their new squad.

In the cold light of day, it becomes even clearer that they ought to have centred on Charlie Adam as the guy to build their team around. Not to throw any shade on his colleagues, but it’s evident to me that the Scot was their most talented football player. Not just from a dead-ball situation either, but mainly from his technical ability to see ahead of where the game was, assess what it required from him and actioning it.

Throughout the season, Blackpool’s topsy-turvy form meant that it was always going to be difficult for them to last that single year in the topflight, and even more difficult to keep hold of Charlie Adam. Who, by this point, was starting to make quite the name for himself for the relatively larger clubs in the league.

As history will remember, it would be none other than Liverpool Football Club who maintained their interest long enough in Charlie Adam to prise him away from the Tangerines in 2011 for a fee just shy of £7 million. On paper, you’d reckon that the club would be relatively at ease with letting him go for more than ten times the money required to bring him in the first place. However, with hindsight, it looks like a ‘what might have been’ story.

Throughout his time with the club, for every amazing on-pitch moment, there was an equally starting off-pitch one. With many of their now-evident financial struggles coming to light, I’ll always feel that there was more for Charlie Adam and Blackpool as a whole. He deserved more, for sure, the Blackpool fans deserved more, and I think English football had a good, wholesome, plucky story taken away from them. Like I say, take nothing away from that journey and the moments that adorned it, but still, it would’ve been nice to see some true, organic growth for all involved.

What do you remember most of Charlie Adam’s time in the tangerine of Blackpool Football Club? Let us know in the comments below and share this article on social media if you enjoyed it!

previousWhy Andy Cole is a Hall of Fame Nominee!
nextWhen a Volcano Came Between Robert Lewandowski & Blackburn Rovers in 2010