Why Andriy Shevchenko Found Life Tough at Chelsea in 2006 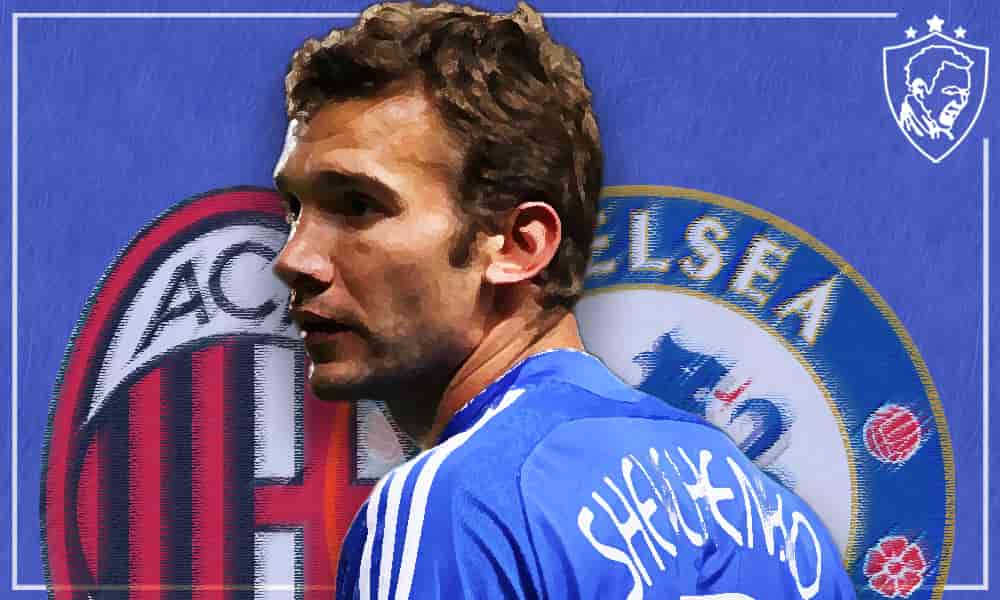 I can’t lie, this one hurts me to speak about. Not because I’m a Chelsea fan (I’m not, by the way), but because I absolutely adored the legendary Ukrainian.

Following on from our piece surrounding Roberto Carlos’ time with Roy Hodgson’s Inter Milan, we have a slightly different problem facing Andriy Shevchenko at Jose Mourinho’s Chelsea a decade later …

In my opinion, there are certain aspects of the modern game which seem to minimise just how efficient the ‘older styles’ used to be. One of which being the art of actually putting the ball in the back of the net. In the times of yesteryear, it was a generally simple process: ball arrives at feet, feet angle towards net – kick ball in net. Repeat.

But now, it’s almost considered illegal to set off on this journey without at least pirouetting on a sixpence ten or eleven times before caressing the sphere into its home like a golfer on a freshly cut surface.

For sure, it’s better to look at but it can get very frustrating and, for my own sanity, I reckon today’s strikers could learn a lot by keeping things simple. And for this, they can do little better than to take some inspiration from strikers like Andriy Shevchenko.

Whilst contracted to a star-studded AC Milan side in the early 2000’s, strikers didn’t come more prolific than a prime-time Andriy Shevchenko. In fact, the flowy-haired Ukrainian was able to pick up a Ballon D’Or from around this time for his troubles – managing to hold his own and stand out from the likes of Manchester United’s Ruud van Nistelrooy and Arsenal’s Thierry Henry in the process.

Out of the two, he was more comparable to the Dutchman – not exactly the kind of player to pick the ball up from deep and meander his way towards goal, but to hammer it home mercilessly having already been stationed no further than 18 yards away from it.

Either way, his accuracy was unrivalled, and it’s easy to understand why he attracted a number of suitors when developing his legacy in Italy. Though the list whittled down to the very few who were able to afford him!

Among the suitors, there was talk that Florentino Perez’ Galactico-driven Real Madrid side were far down the line to secure his services, but not before a similar mission statement was taking place in England. Literally, imagine the exact same formula, but in blue … and better. Okay ‘more sensible’ – how about that?

And then you stumble onto Roman Abramovich’s money-rich revolution at Chelsea.

Arguably, there couldn’t have been a much better-suited team to come in for Shevchenko … on paper. After all, there were very few teams able to commit to his £30 million price tag, and even fewer who had their own stable of stars to complement his ability. But the thing is though, and this is a big’un … Chelsea’s manager didn’t appear to want him!

At the time, Jose Mourinho was building quite the dynasty at Chelsea, and was coming off the back of two Premier League title defences at the club by the time Shevchenko came available. However, a stickler for consistency, Mourinho was intending to stay with his trusted ‘one-striker-only’ mentality with Didier Drogba up top, than he was to allow Andriy Shevchenko to share the burden. So, what happened?

It’s simple really … the chairman wanted more options up front and wasn’t prepared to let an opportunity to sign Shevchenko slip through the net. The result was a lack of playing time for the new striker, a largely lacklustre transfer window as a whole, and a series of events that led to Mourinho being sacked by the January business opening.

Shevchenko was simply in the wrong place at the wrong time, and we really should look further into this issue than to just write him off for his time at Chelsea. Which we’re all too quick to do nowadays, btw …

It was a mistake for which he continues to take the blame and we refuse to allow that to be his legacy!