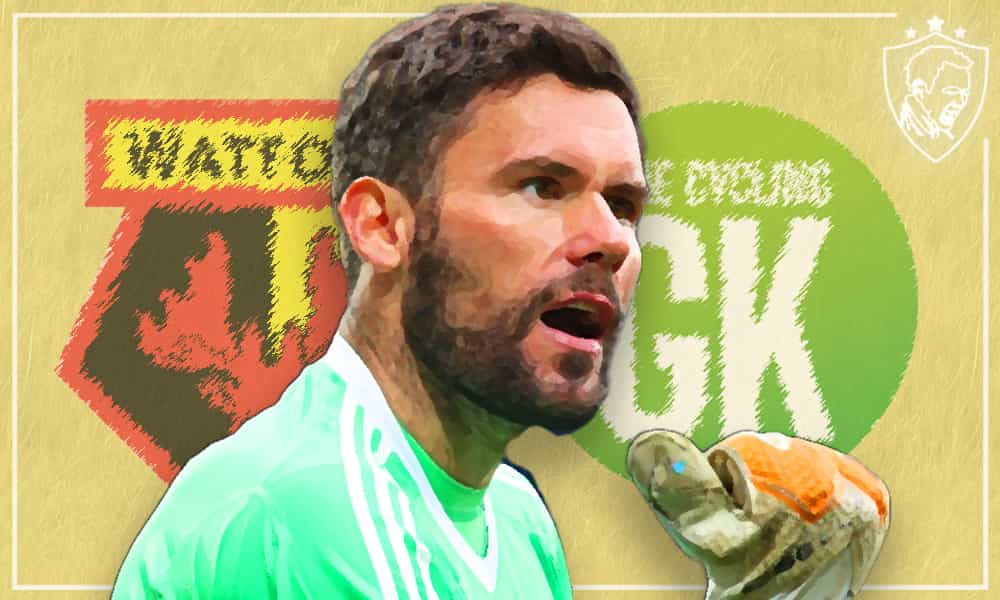 Even though I’m a Manchester United fan, I can safely assume that multiple fans of other clubs appreciate this lad as much as I do. Why? Well …

As far as goalkeepers go, Ben Foster is one of those stoppers that I could watch week-in, week-out. A man whose agility matches his exuberance, there’s a certain level of sophistication about his shot-stopping ability, and it’s no wonder that he’s become a stalwart at most of the clubs he’s been to throughout his career.

Maintaining a level of humility which often adorns players who have scoured the non-league side of the footballing pyramid, it’s clear to see why so many clubs have taken a liking to a personality like his. Particularly after leaving Manchester United, fans of Birmingham City, West Bromwich Albion and Watford alike all convene on their appreciation of the Leamington Spa-born goalie. A bit hyperbolic, I’ll admit, but his CV speaks for itself.

My own personal recollection of Ben Foster comes from his inaugural loan spell with the Hornets in 2005. While there, he was integral to a side which relied heavily on the pedigree of their goalkeeper in an attempt to scathe off that ‘we’ve just been promoted, and we might go right back down again’ relegation scrap.

I also remember being slightly annoyed that we (at United) didn’t incorporate him a bit more when he returned from his initial loan spell over there, to develop under the stewardship of Edwin Van der Sar. Instead, they went and signed Tomasz Kuszczak, and good ol’ Ben remained at Vicarage Road for an additional campaign.

Speaking hypothetically, I’d imagine that this helped to (quite literally) double his stature in West London and might have gone some way to stamping his authority on the club where he’d eventually return on a permanent deal 2018 to overtake the role of Heurelho Gomes. In between, eight years in the West Midlands cemented his reputation as a solid, talented shot-stopper, which is probably the main reason – but let’s go with my idea for now!

Therefore, while he might have entered the ground as a bright-eyed youngster with some potential to prove, he’d now return as a topflight stalwart with some experience to offer. And adding to that experience, we arrive at the lad’s latest addition to the Watford net, which has broadened his stature in ways many of us couldn’t have expected.

In a YouTube channeled branded ‘The Cycling GK’ – because he’s a ‘GK’ who enjoys cycling … obviously – Ben Foster has breached the unrecognised gap between topflight English football and the high-flying world of being a YouTube influencer. Beginning with vlogs to games and cycling appreciation content, he quickly moved into being a behind-the-scenes football creator to give his audience a taste of what being a footballer has been like.

Currently sitting on 673,000 subscribers at the time of writing, there’s no telling where this guy can go. But for someone as humble, funny and personable as him, the sky really is the limit. What’s more, is that his content is actually very solid, varied and consistent for someone of so little ‘experience’. So as far as we’re concerned, he’ll always have a solid fanbase here at Ultra UTD, and long may his YouTube journey continue!

Have you had much time to check out Ben Foster’s YouTube channel? Well, if you haven’t, then it’s high time you get yourself over there and support the lad!