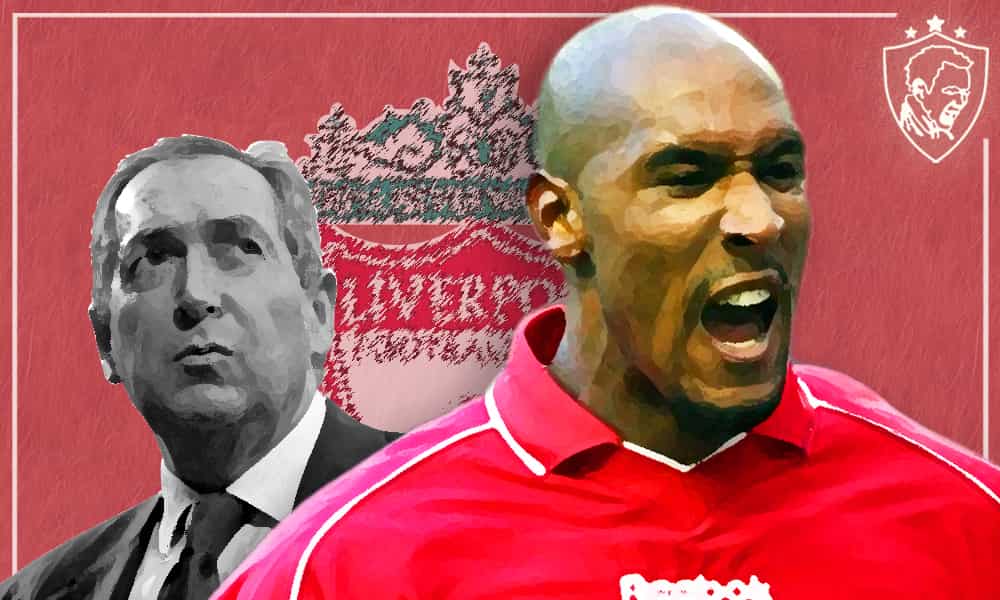 There have been some almighty clangers in Liverpool’s transfer history (no offence), but this has to go up there among the worst. Especially when it was just all a big communication error!

Love him or loathe him, Nicolas Anelka is one of those strikers who will always diverge opinion based on some of his more questionable antics off the pitch throughout his career. But if you’re going to sit there and argue that he wasn’t an absolute baller in his hey-day, then either you have sight problems or do not know what football is.

Blooming from France’s Clairefontaine academy (the beating heart of most France legends arising from this period in particular), a number of big moves soon gathered on Anelka’s CV during his most primitive years. Whether it was the best thing for his organic development as a striker is a conversation for a different day, but to have the likes of Paris Saint-Germain, Arsenal and Real Madrid come in after you, it shows just how good you are.

Having said that, Nicolas Anelka was at a slight cross-roads in his footballing life by the time the early 2000’s rolled around. Where he’d already spent some highs and low-points throughout all of those clubs I’ve just mentioned. He was actually in his second spell at PSG before this deluge of ‘he doesn’t care about the national team’ stuff came in from the French media; thus causing the enigmatic forward to seek pastures newer.

As it happened, it would be none other than Liverpool who would be tasked with bringing Anelka out of his slump to do the best he could for the Premier League outfit. With the idea being that the French affiliation between then-manager Gerard Houllier and their new recruit would go some way to re-sparking his love for the game.

They needn’t have worried much, as Nicolas Anelka took to the Liverpool cause like a duck to water. Where his energy, expertise in linking up the play and ability to spread the opposition back line proving pivotal to the side finishing 2nd in the 2001/02 season. Scored 5 goals while he was there ‘n’ all. Prolific, if you ask me.

Doing so well and endearing himself to the fans in the way that they did, it was widely accepted by the Liverpool support that Nicolas Anelka was a no-brainer to be their latest permanent fixture of their squad. Sure, they would have had to spend around €20 million to make the deal happen, but he seemed very much worth the money given their attachment to him and when his expiration date was. But then, this is where football politics come in …

The man himself reflects in his Netflix documentary (Anelka: Misunderstood) that he really enjoyed his time in Liverpool and was intent on staying come the expiry of his loan deal. However, from Houllier’s perspective, he was disenchanted at the incessant rumours linking his prized strikers to other clubs; something he believes was perpetuated by the player’s representatives with some aiding and abetting from the Frenchman himself.

None of these claims were ever substantiated with time and, with Nicolas Anelka not exactly being the type to plead his case with any of his coaches, the two reached an impasse. It was an unspoken disgruntlement which was easily resolvable, but the two egos involved results in Anelka moving to Manchester City instead. He even scored against Houllier’s Liverpool when the pair met the season after.

But don’t worry, because Liverpool had an ace up their sleeve. That’s right! They went and signed … El-Hadji Diouf instead! Oh, bother …

What do you remember most about Nicolas Anelka’s time at Liverpool in 2001/02? Let us know in the comments below if you think it was a mistake and how much he’d be worth now!