The Unassuming Genius of Emi Buendia 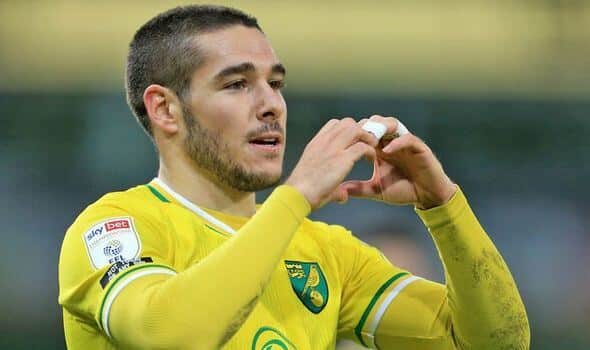 He may not be a Canary for long but, the Argentine’s decision to stay in Norfolk last summer may be the single biggest catalyst for Norwich City’s Championship coronation this season …

At first glance, you wouldn’t think Emi Buendia was hotly hunted by many of Europe’s elite clubs. His short, slightly stocky, build not akin to your typical skilful playmaker. But playmaker Buendia is. His abilities to glide past any opposition with ease has been especially apparent this season, topping the Championship’s charts in assists and chances created by a country mile.

One thing is clear: Emiliano Buendia is better than the league he plays in (or soon to be: has played in). Few Championship watchers this season could seriously object to that statement. Don’t get me wrong, I’m not dissing the league or the players that inhabit it. The pulsating drama and ridiculous scorelines that make England’s second division its most exciting will always be close to my heart. But sometimes, like Grealish or Maddison, a player is undeniably above the station of those around him. This season, we all know who that is.

His tale is well-known in Norfolk, the 11-year-old Argentinian starlet plucked out of Mar del Plata by Real Madrid. He left everything, living without his family for the first 6 months. Only to be ditched by Real a couple years later. His dreams of playing at the upper echelons of football looking less and less likely as his next employers, Getafe, loaned him out to struggling Segunda Division side Cultural Leonesa.

But, here came Norwich. His remarkable numbers in chance creation for the relegation-threatened club proved irresistible to the Canaries stats team. Signed up in 2018, the £1.35 million fee paid pales in comparison to the £40 million price tag now spouted by many. Over the following three years, Emi Buendia would slowly develop a cult following in a part of England better known for its farming than its football. His technical strengths combined with his ability to fight players off, retain possession and ruthlessly cut defences open stole many Canary hearts in his first promotion with the club.

Even as they dismally drifted out of the Premier League last time out, few fans could lay a finger on Emi. Their dear Emi. How could they? He ranked 4th in chances created, yet more remarkable when you consider his club only mustered 21 points. Then Bournemouth happened. 27th September 2020. The infamous dropping. Over the summer, the attacking midfielder had been endlessly linked with Arsenal. And It got to his head. Daniel Farke questioned his commitment, his drive for the club. He wasn’t even in the squad. Emi responded:

28 goal involvements. 116 chances created (well clear of any other player in Europe’s top leagues). 14 man of the match awards. His 2020/21 season can hardly be put into words. If you need one: Unplayable. It is his transformation in front of goal that has been the most remarkable, speaking to an endlessly driven work ethic. After only managing 1 goal in the Premier League, Buendia committed himself to drastically improve his goalscoring tally.

Acceleration, positioning and off-the-ball movement, to get in the right place at the right time, became his focus. His 13 goals this season demonstrating he has gone a long way to perfecting these. In truth, Norwich have eased their way back into the Premier League, with their return looking a certainty since Christmas.

There is no doubt the talents of Aarons, Cantwell and Pukki have been at the heart of this. But it is our man Emi Buendia who has stolen the show. His determination and jack-of-all-trades ability proving nothing but essential to their quick return. Let’s just hope he’s playing in yellow and green next time out …

How would you rate the talents of Emi Buendia and will he enjoy his second EPL spell? Get your thoughts in the comments below!