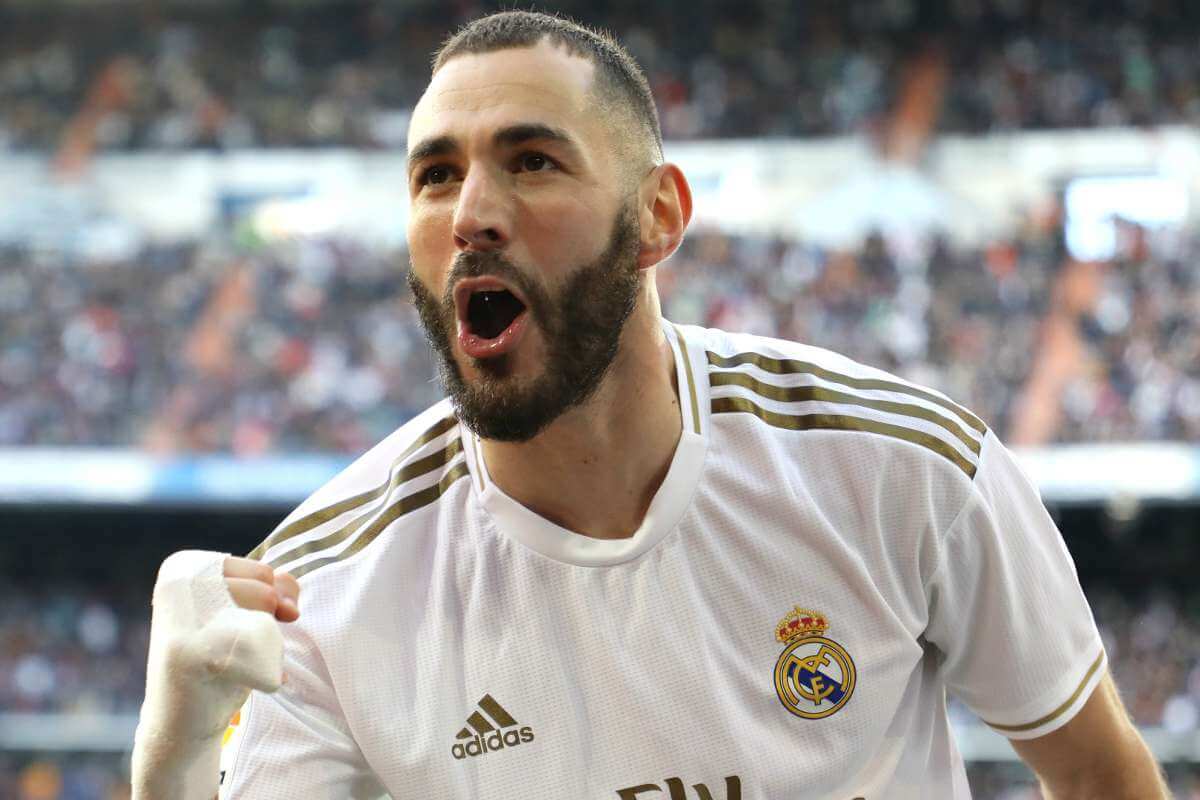 Since Ronaldo’s departure, Benzema has grasped his opportunity to lead the Los Blancos attack, increasingly proving just how vital he is to the club.

Grossly overrated or criminally underrated? It’s a classic football debate which is, of course, entirely subjective. Who decides which players are rated? And how many people claiming someone is underrated does it take to make them rated and then eventually overrated? Nevertheless, every top footballer will have been discussed in this regard at one time or another. None more so, perhaps, than Karim Benzema.

For the last decade, fans and media alike, have debated whether the Frenchman is an average striker who fails to score enough goals, or a misunderstood talent whose contribution to the team extends far beyond simply putting the ball in the net. Managers and pundits have weighed in to have their say, most notably Gary Lineker, who suggested Benzema was “a tad overrated” when he tweeted “a goal every other game in a team as strong as Real Madrid is nada especial”.

Benzema has been at Madrid for almost 12 years now, having arrived from Lyon back in 2009. He joined in the same transfer window as Kaká and Cristiano Ronaldo, but his arrival was not met with the same fanfare that greeted the two established superstars of the game. From then on, he would play a supporting role to Ronaldo, his La Liga career unfortunately running parallel with those of Ronaldo and Messi at the peak of their abilities. The pair normalised astonishing goal scoring numbers that simply could be matched.

Now 33, Benzema has seen teammates come and go, playing with likes of Di Maria, Özil, James Rodríguez, Bale and Ronaldo, before they all eventually moved on. Benzema is the only forward who has remained.  And while his numbers aren’t quite Messi and Ronaldo level, they’re certainly not to be scoffed at. Only three men have scored more for Los Blancos than Benzema’s 274 goals – club legend Raúl, the great Alfredo Di Stéfano and Cristiano Ronaldo himself. He is also the 5th highest Champions League all-time top scorer, and his strikes have proved to be a vital part of Madrid’s four European Cup successes with him up top.

Benzema once described himself as “a number nine with the soul of a number 10” and it’s true, he has never played like a typical centre-forward. Despite being a clinical finisher, for much of his career he played a selfless role for the team, often turning provider for Ronaldo. His contribution of 141 assists is an impressive return for any forward. His game has many strengths, like his ability to hold the ball up and bring others into play, often dropping deep to link with the midfield. And his positional intelligence creates space for himself and those around him.

Also, a skilful dribbler, Benzema’s elegance seems to get overlooked. His manager and compatriot Zinedine Zidane is one of his biggest admirers. Speaking earlier this season he said “For people who like to watch football, Karim is a gift”. Internationally, Benzema hasn’t represented the French national side since 2015, having been banned for his alleged involvement in the blackmail of teammate Mathieu Valbuena.

With the court case still ongoing, Benzema has consistently denied any wrongdoing, instead claiming that racism had played a part in his omission. Whatever the reason, his non-involvement with France looks to have benefited his club career, providing him the opportunity to rest and recover every time his teammates set off on international duty. In recent years, he’s been in arguably the best form of his life, contributing more goals than ever before …

And he has excelled in this new role. He scored 21 league goals in each of the last two seasons and has already racked up 19 so far this campaign. Not a bad return considering he doesn’t take penalties. With an ageing squad and record signing Eden Hazard making little impact, the club have relied heavily on the Frenchman.  After lockdown last year his seven goals in 11 games fired Madrid to the title, and they would have been miles off the top spot this year without him, with second highest scorer Casemiro on just six goals.

Admittedly, I haven’t watched a huge amount of Real Madrid games this season but in those I have, Benzema has always impressed. In the first Madrid derby he scored a crucial last gasp equaliser, which effectively kept Real in the title race at that stage. And, in the recent El Clasico he dispatched a delightful near-post flick to set Madrid on a path to victory which moved to the top of the table, as he captained the side in the absence of Sergio Ramos.

The question of whether Karim Benzema is underrated or overrated may well continue long after he has retired. But perhaps it’s time to move away from the endless comparisons with other strikers and just appreciate his quality. “It will be Benzema,” Zidane replied, when asked recently whether Erling Haaland, Cristiano Ronaldo or Kylian Mbappe would be leading the line for Real next season. It is clear those at Real Madrid have no doubts about his ability, and, for Benzema, that’s what matters most.

What’s your overall view on Karim Benzema? Let us know in the comments below!