There are a select few instances where the non-football actions of players on the football pitch garnered as much attention as this did back in the early 2000’s.

Having said that, should you ask any England fan about Cristiano Ronaldo’s wink at the European Championships in 2004, then you’d be met with an indignance that can only be measured in dashed pints and swear words.

I have to say that, even as a United fan, I joined in this unity of furore that came down on the Portuguese.

Prior to the tournaments taking place, England was a popular hunting ground for Cristiano as he began to blaze his trail through the nation’s top competition in a Manchester United shirt. Building a more than fruitful partnership with the latest crop of young stars to sprout from the renewed recruitment policy deployed by his manager.

Something we’ve mentioned here by the way – if you fancy learning a bit more about it!

Of them all, Cristiano Ronaldo was a huge fan of the talents of Wayne Rooney – and vice versa – so the world were licking their lips in anticipation when the duo were paired off against each other in the Quarter Finals of Euro 2004 – as England faced Portugal to see who would progress to the final stages.

As we know, Portugal would go on to beat England on penalties, and suffer a shock defeat to Greece in the final.

But on the way to that, trouble was afoot when Rooney found himself in hot water against Portugal. Most of their back line had been niggling at him throughout the game – as an attempt to stop the Evertonian in his tracks and disrupt his ideal game against them – and it seemed to work dividends for most of the time!

One tackle went a little too far, however, when right-back Paulo Ferreira (someone who would prove a particular thorn in Rooney’s side) dragged the broad lad down and attracted his trailing leg with him.

And firmly into the … nether-regions of the Portuguese wing-back.

After which, many Portugal players – Ronaldo included – protested vociferously to the referee as they sought retribution for their fallen colleague. Which they received, when Rooney was sent off.

In the melee that ensued, Ronaldo was caught giving a little wink to the Portuguese bench …

From that point on, this simple little wink made headlines all throughout mainland Europe and was an awkward blot on what would ultimately become one of the most famous, life-affirming European Championships ever.

When returning to play for his club – and re-establishing a seemingly fallen connection with Wayne Rooney at Manchester United, Cristiano Ronaldo received a plethora of abuse from practically every away ground he visited. All of whom seemed to marvel in his dismay whenever things didn’t quite go his way.

In the years following, the wink is still about as infamous as ever; with football conspiracy theorists surmising that it was recognition of a deliberately dirty tactic to get Wayne Rooney sent off. But no. No, it wasn’t.

As the great Sir Alex Ferguson mentions in a recent interview for ‘UTD Podcast‘, the wink was more to acknowledge the bench who were asking him to calm down and get on with the game once Rooney left. As the great Scot remembers, it was “his way of making sure they knew he was fine”. And nothing else.

Funny, isn’t it? I still think people hold him accountable for this wink and yet the truth is oh-so-simple.

Where were you when you saw Cristiano Ronaldo wink at the Portuguese bench after Rooney got sent off for England at Euro 2004? Let us know by tagging us in a tweet using the button below. 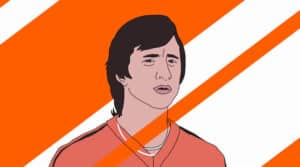 Johan Cruyff: The Great Inventor of the ‘False 9’

Johan Cruyff is responsible for a lot of things, and in this particular rendition, we discuss the ‘Cruyff Role’ in attack. As much as we’d 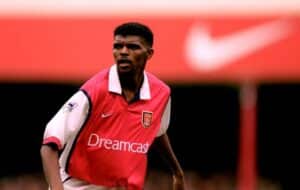 Naturally talented and with a carefree attitude, I sincerely believe that nowhere near enough commentators give Nwankwo Kanu the credit he deserves! Think about it

Fans of the Premier League have been treated to an array of remarkable relegation escapes, but arguably the best of those was Fulham’s near impossible 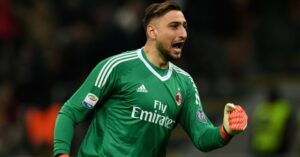 A name that most kit-men will probably curse when having to print in on the back of his jersey, press-men-and-women the world over will have 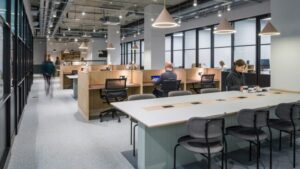 How Linkedin Can Help You Land a Job in Football!

Social media is both a blessing and a curse, but I gotta admit that Linkedin has proven to be way more of the former than 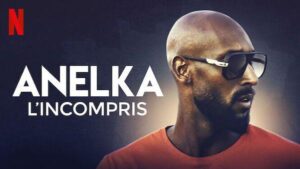 If you have a particularly strong viewpoint on Nicolas Anelka (regardless of the reason for it), then I implore you to watch this thing. Personally,