Has there ever been a striker more perfect than David Villa? He could do it all and throughout his fascinating career racked up a bountiful number of accolades while performing at the pinnacle levels of world football, both at club and international level.

It’s hard to pinpoint when David Villa was at his very best across his forever ladened spectacle of a career, as the Spanish international was a starlet striker who seemed to have no limits in his game, even during the twilight years of his tenure – in whichever ‘journeyman‘-type move he decided to embark on after his prime.

Villa burst onto the scene at home with Sporting Gijón before heading to Real Zaragoza where he played a key role in winning the club’s 6th Copa Del Rey in 2004, with Villa scoring a brace in the final against Real Madrid.

After one more season in Zaragoza, Villa made a 12million Euro move to Spanish giants Valencia where he soon blossomed into one of the finest talents on the planet.

Following on from Rafa Benítez’s departure the previous season, Valencia were keen to bring Villa up to scratch to keep in the firing lines of Barcelona and Real Madrid as likely contenders to end their dominant grip over the domestic crowns. Which would have been an insurmountable task for players lesser than David Villa.

In his debut campaign with ‘Los Ches’, Villa scored a whopping 25 goals in 37 league games that saw Valencia finish a respectable third place in the league, only one point behind Real Madrid in second, earning them qualification for the Champions League.

Villa once again reached double digits in scoring the year after and scored four times in nine games in his debut Champions League campaign that saw Valencia reach the Quarterfinals.

Valencia’s form took a notable dip the year after, finishing tenth and crashing out of the Champions League in the Group Stage, with the side experimenting with four different managers throughout the season.

For the third successive season, Villa once again led the team in scoring with 18 goals in 28 games and won his second Copa Del Rey with the Spaniard scoring a brace in their 4-3 semi-final victory over Barcelona.

Over the next two seasons, Villa once again led the team in scoring which caught the eye of the colossal Catalonian giants Barcelona, who were desperate to find a replacement for Zlatan Ibrahimovic after his disappointing spell in Barca colours. Suppose it hurt even more when you realise who they let go the other way as a make-weight!

Ahead of the 2010 World Cup in South Africa, it came as no surprise that Villa would be selected as the starting striker for Spain alongside Fernando Torres. Villa finished as the tournament’s joint top scorer as Spain won their first ever World Cup, with David Villa a key catalyst to their success and dominance over the international scene.

After his monumental success with Spain, Villa would officially join Barcelona in 2010 for a fee in the region of 40million Euros and would quickly catapult Barca back to La Liga stardom alongside Lionel Messi.

Barca would complete a double triumph winning La Liga and defeating Manchester United in the 2011 Champions League final, with Villa proving to be a tremendous new addition to the side, as he racked up 18 goals and ten assists in the league, scoring four goals in the Champions League including a stupendous effort in the final to cement Barcelona’s victory.

In his next campaign, Villa won his third Copa Del Rey but missed out on winning La Liga for the second consecutive season after he missed a majority of the campaign with a broken tibia that he suffered while on international duty, meaning he would miss out on competing at Euro 2012 which Spain did eventually conclude as victors.

Returning the following season, Villa helped steer Barca back to La Liga glory but would leave Catalonia in the summer to join Atletico Madrid where he once again won the La Liga title and thus ended the prosperous dominance that Barca and Real Madrid held on the Spanish footballing scene.

Villa would impress in his short spell in the capital, scoring 13 goals in 36 games, but would eventually be shipped off to the States to join New York City FC, a side that set the aspirations to sign the likes of Pirlo and Lampard to partner with David Villa.

While in the latter stages of his career, Villa once again defied all the odds as he finished with a remarkable 80 goals in 124 games while in the Big Apple before leaving for Japan to link up with his former teammate Andres Iniesta at Vissel Kobe before announcing his retirement in 2020.

Ending his illustrious career with over 300 goals at club level and the all-time leading goal-scorer for Spain with 59 international goals, Villa carved out a tremendous career and is a player that most fans may well name as one of the greatest stars of the modern era.

A striker who could score with both feet, run at defenders, finish in the most prolific ways imaginable and perform in almost every scenario, David Villa had one of the unique playing styles that fans of the game have ever seen and it’s one of the main reasons why he remains such a dearly beloved name throughout world football.

What do you remember most from the wonderful career of David Villa? Tweet us your memories below! 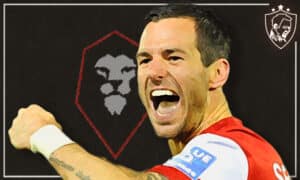 I tell you, I must’ve seen that Salford City docu-series at least 12 times over since it came out, and it just gets better and 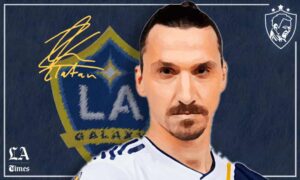 Have you ever wanted to make a splash upon arrival at your new employers? Hmm … so have I! As far as ‘being yourself’ is

Atalanta B.C, a club at the heart of the Bergamo region of Italy, has taken Italian and European football by storm in recent years. Only 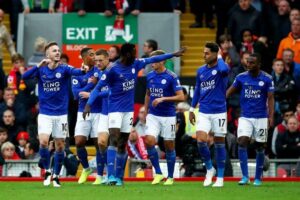 Given where they once were, where they have since been and where they can still go, we gotta ask ourselves: Are Leicester City Football Club

Nicknamed ‘The Theatre of Dreams’, there is certainly something magical in the air once you make your way into Old Trafford. After all, the place 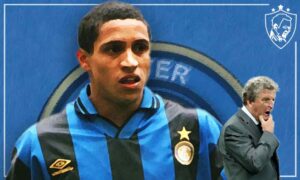 Why Roberto Carlos Struggled at Inter Milan in ’95

Before becoming the Real Madrid and Brazil legend that he is considered today, Roberto Carlos struggled to play the way he wanted. We’ve discussed this