A Subtle, Yet Remarkable Gesture from Scott Brown 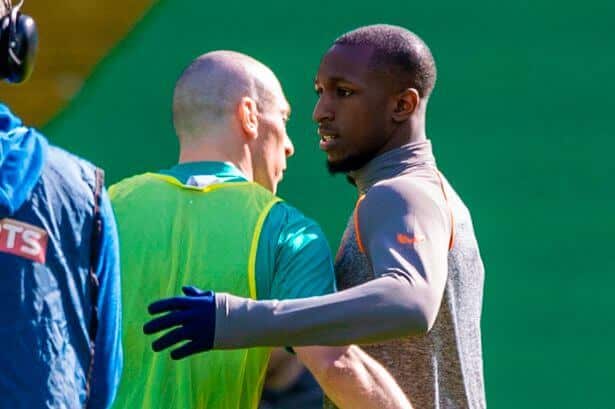 In a society as fractured and divided as ours, we need to really appreciate the actions of the select few who remind us all that we are part of the same race. So thank you, Scott Brown … for doing just that!

Earlier today, on Sunday 21st March, 2021, Celtic met Rangers at Celtic Park in what would perhaps be a slightly tepid ‘Old Firm Derby‘ compared to what we’re used to. After all, the blue lot had already recorded a landslide league victory under Steven Gerrard and the lack of fan attendance was sure to reduce the usually-inflamed aura pervading over this iconic fixture.

The game itself kicked into life about ten minutes after the referee’s whistle and a 1-1 draw fails to take away from a couple of notable things that happened before the whistle was fixed between the lips of William Collum. Firstly, the players elected to not take a knee following an alleged racial attack on Rangers midfielder, Glen Kamara.

Without an official statement from either club, it can be assumed that the gesture felt slightly ’empty’ in the face of what was a true issue to be dealt with. And given Kamara’s own personal recant of the incident against Slavia Prague defender Ondrej Kudela earlier in the week in the UEFA Europa League, this seems like quite a thoughtful decision given how vile this incident appears to be.

Beyond this however, not only did both clubs show an atypical level of togetherness in this decision, but Celtic’s own Scott Brown went one further. Now usually, whenever Brown comes across a Rangers player (or any player, tbh), it’s met with a look of concern which befits his no-nonsense and ‘come here, I want to eat ya‘ reputation.

Inherently fiery which is both endearing and infuriating to his adoring faithful, Scott Brown is usually the kind of guy you’d expect to see crunching into tackles and taking no prisoners in the process. As such, you’d be forgiven for thinking that the man’s heart was made of stone instead of flesh and blood like a … well … human!

I kid of course, but to see Scott Brown approach Glen Kamara before the Old Firm derby today was a wonderful thing to behold. There was nothing very grandiose or outwardly affectionate from the Bhoys’ captain, but a simple handshake with Kamara and a pat on the back was a showing of solidarity that nobody expected to see.

It wasn’t rehearsed nor was it imposed by the Celtic backroom to have their captain do such a thing for ‘media browny points‘, it was just (as Brown mentions in the post-match interview) … “the right thing to do”. I doubt it will reach the back page of The Sun, nor will it grace our Good Morning Britain updates on ITV, but here at Ultra UTD, we want to take the time to appreciate a really subtle, yet refreshing moment from Scott Brown. You also gotta check out Kamara’s face when he was initially approached by Brown – ’cause that stuff was priceless!

Were you as surprised as me to see Scott Brown do this today? Let me know in the comments below!

previousWho is the Famous ‘Gabigol’?
nextThe Ultimate Sir Bobby Robson Quote We All Need to Hear!