The Inspiring ‘Rags to Riches’ Story of George Weah 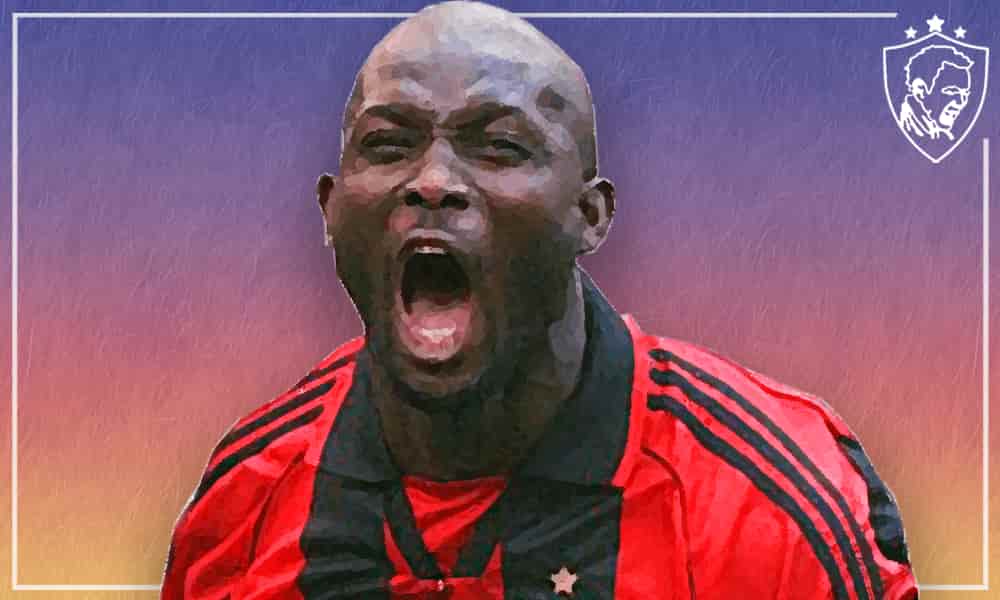 Nowadays, elite African players staking their claim for the big time, owe a lot of their developments to the story of the legendary Liberian.

Whenever we speak of George Weah, we need to also consider the career of the man who discovered him.

Though most well-known for his time during an imperious tenure at Arsenal (particularly in his earlier years), much of Arsene Wenger’s preceding managerial career hinged closely on his ground-breaking tactical innovations and shrewd recruitment strategies – one of which involved circling the depths of Africa in search for a hungry, dedicated front-man to accelerate his forward movement.

“George Weah was a real surprise. I have never seen any player explode on to the scene like he did … and it is one of my greatest players to see him to develop into the man he is today”

Arsene Wenger
on the development of George Weah

Shortly after relocating to Monaco in 1988, Weah had to wait for nearly 3-4 months before being anywhere near as effective as his manager thought he would be – a lot of which time was spent going on regular cardio sessions with his new coach to ensure that he could make weight to last within his faster and more strenuous league setup. After reaching his goal physique, there was simply no stopping the blinker-focused Liberian from achieving everything that he believed he could upon moving to the French South Coast.

Roughly a goal every other game there earned a wandering eye from the country’s capital, where he was equally as prolific for the Parisiens before earning and well-deserved big-money move to Italian giants A.C. Milan – then one of the most formidable sides ever assembled this side of the Channel.

Roughly half a decade in Milan (forgiving a brief affair with Chelsea in the English Premier League), saw the enviable talents of George Weah match up with the already-stellar attributes of those around him – where the industriousness of the Milan back-line as well as the creativity in the midfield, paved a way for Weah’s innate physical hallmarks to flourish.

Not to mention his unerringly brilliant and no-nonsense approach to hammering a ball home whenever the opportunity presented itself to do so. It’s no wonder then, that by his first year in Italy, the one-track-minded Liberian hoarded a number of that season’s personal accolades to add onto his healthy level of team trophies.

Not only was he granted the African Player of the Year Award by 1996, but he was also the very first player from the continent (and still, the only player from there), to have scooped up the all-encompassing Ballon D’Or award; bestowed by FIFA upon whoever they deem to have been the best player in the world for that year. And considering that it’s a trophy kept in reserve for the Cristiano Ronaldos and Lionel Messis of the world, then it brings into greater significance just how good of a player George Weah was considered to be at his peak.

But that’s only half of the story of the man George Weah was.

In short, he was a man of the people and showed various signs throughout his career that he never forgot where he came from. To begin with, he dedicated his Ballon D’Or award to the very man who gave him his big chance when relocating from Africa, and given the amount of time he spent in France after being spotted by Wenger, Weah decided to not represent his country of employment on the international stage – instead continuing to turn out for a faltering Liberia side where he was a shining light in an otherwise gloomy surrounding for the nation as a whole.

And when he retired in 2003, his desire to aid his home country never diminished.

Soon after hanging up his boots, an interest in politics took hold. Where, not even a decade after leaving the pitch for good, George Weah affiliated himself with the Congress / Coalition for Democratic Change for the State of Liberia. Thereafter, he painstakingly worked his way up to assuming the presidency of the country in 2018, where he has since proven to be a vocal patron in ensuring that his country remain democatically-run and self-sustainable in the years to come following a series of civil wars which have since ravaged the country almost beyond existence.

Overall, it has been quite the story for George Weah and one which deserves far more recognition for what it has taught us all – not just in the footballing bubble, but in the wider social community.

He’s proven to us all that dedication can take you anywhere, and I pray that we are blessed with more like-minded trail-blazers in the future. For the world would be a better place if we have a couple more George Weah’s thrown into the mix. Hats off to you, George, and a hearty handshake to Arsene Wenger, too!