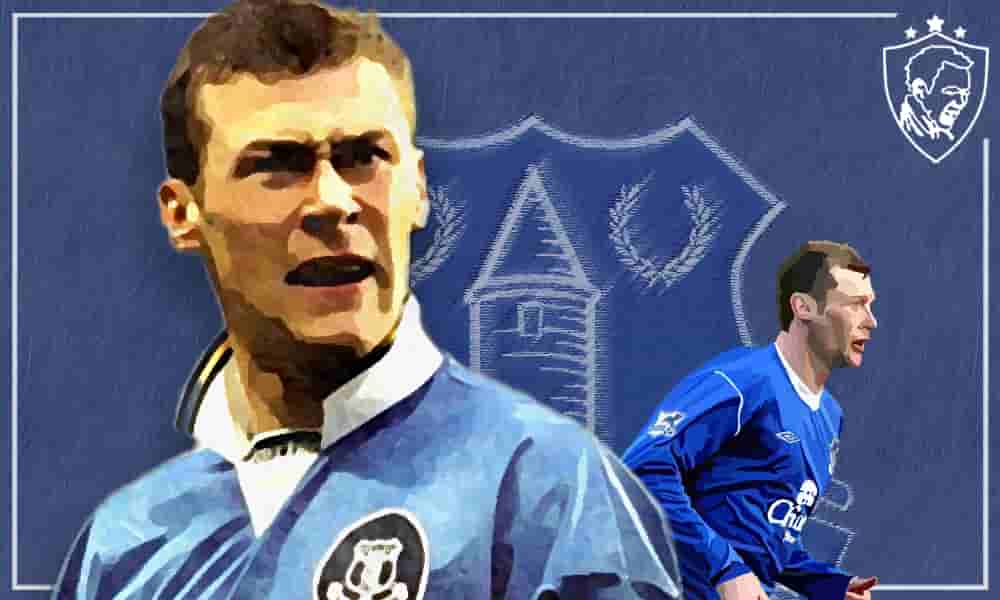 His is a name which still brings chills to opposing Premier League defenders from the late 90s to early 00s. This is not mainly due to Ferguson being a devastating goal machine, but more so for being one of the most feared and formidable players to ever play the beautiful game.

The true definition of an ‘old-school, no-nonsense Centre Forward’, ‘big’ Duncan Ferguson established himself as one of Scottish football’s best ever names across a storied career in the SPL and English Premier League.

Beginning his career in his with a three year spell at Dundee United and a single season with Rangers, some years before they were being linked to a certain Andres Iniesta – no really, that did nearly happen! Ferguson became an instant fan favourite which caught the wandering eyes of the English top flight.

In search for something a little bit different to what he’d grown accustomed to in Scotland, Duncan Ferguson made a loan move to Premier League strugglers Everton in 1994 who were under new management following Mike Walker’s disappoint stint at the helm, and looking to take a big gulp of fresh air for the new season ahead.

Club legend Joe Royle took charge, ultimately making Ferguson’s move permanent in the process, and it certainly paid off. Much to the relief of Toffees fans and to the chagrin of Premier League defenders across the land.

Under Royale, Ferguson blossomed with the towering Scotsman becoming an instant figure amongst the Goodison faithful with his first goal coming in a tremendous Derby Day win over bitter rivals Liverpool.

Ferguson latched onto an Andy Hinchcliffe corner to thump the ball past a helpless David James (and yes that is the same David James who shared a dressing room with Benjani some 12 years later).

The following season was Ferguson’s most successful in his footballing career as he became an FA Cup winner with the Toffees after a 1-0 final win over the dominant Class of ’92 Manchester United side, with Duncan gaining a very strong reputation for being one of the most intimidating players in the Premier League.

He was no stranger to throwing the occasional punch or elbow and, would more often than not, pick a fight with almost any player that wasn’t wearing the famous Royal Blue of Everton.

This is especially the case in any Merseyside Derby encounters, with Liverpool players being a constant victim of Ferguson’s almost effortless passionate play.

The striker would play over 100 games for Everton between 1994 and 1998 before being shipped out to Newcastle United famously by then chairman Peter Johnson without the knowledge of new manager Walter Smith, another Rangers stalwart. But it was never going to be as good as his spell with Everton, was it?

Ferguson would return to Everton two years later and played out the rest of his career at Goodison Park until his retirement in 2006, with these next few years arguably being even more controversial than his last stint.

There were certainly highlights for scoring goals including a winner against Manchester United, the team that Ferguson scored the most goals against (sorry Dev), scoring twice in his first game back as an Evertonian and becoming the club’s all-time highest Premier League scorer until Romelu Lukaku’s broke this record in 2017 following a brace in a 2-0 win over Sunderland.

In spite of this, ‘Big Dunc’ would occasionally be sent off and involved in a number of kerfuffle’s with other players, just ask Jimmy Bullard and Hermann Hreiðarsson.

In his final game, Ferguson scored a 90th minute rebound from a missed penalty in 2-2 draw against relegated West Bromwich Albion, retiring as one of the most beloved players to ever grace an Everton shirt.

Duncan Ferguson would return in 2019 for a short stint as interim manager and showed that after all those years there’s still plenty of passion and love for Everton left in his heart.

A true definition of a player that would go to war for his side, and a definitive icon that you certainly would not want to mess with or face the consequences! Duncan Ferguson is a legend, by all accounts of the word.

Use the Twitter button down below to let us know of your favourite Duncan Ferguson moment from the Premier League era. Yeah … try to pick a wholesome one, if you can!