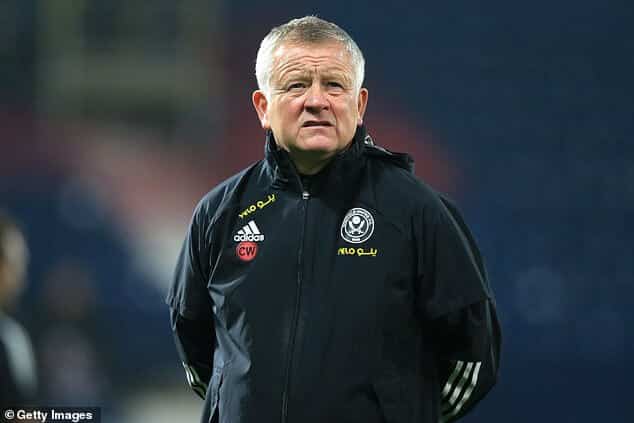 From the unexpected to the expected, here’s a short review of what’s happened to the fortunes of Sheffield United …

Over the course of Premier League history, it’s proven to be the case that: no matter how well you earn promotion, it never necessarily transpires that you’ll be able to even retain the topflight status that you’ve earned for the next season. But for a very long time, it seemed as though Sheffield United would be the exception to this tradition.

In their first top division outing almost a decade on from their last, Sheffield United’s enigmatic performances almost didn’t match up to their lacklustre team sheet – with the greatest of respect to their players, of course, but you get what I mean. Unlike most newly-promoted sides, they didn’t spend big in the summer of 2019/20, and instead chose to stick with Chris Wilder’s tried-and-tested ‘I only want to manage what I know I can expect’ method that kept them in good steed in the Championship, and right up until around March 2020, it seemed as though it was a worthy choice!

They rose as high as fifth in the table with around 14 games to go in the Premier League season, and it took something which transcends beyond the realms of the game to halt them in their tracks. Since the beginning of 2020, the Covid-19 outbreak has had a drastic effect on all of us, as it became officially announced as a pandemic by the World Health Organisation by May. And among a lot of things that it came to affect, it meant that Sheffield United’s form dissipated almost as quickly as it arrived – promptly dropping down to a mid-table position come the season’s end.

Unfortunately for everybody associated with the Bramall Lane faithful, they dropped toward the station that we all expected of them – especially when they spent rather poorly in the 2020 summer window. Don’t get me wrong, the signings of Rhian Brewster and Sander Berge were very good acquisitions for the Blades, but it involved spending around £50 million on two players who didn’t solve the problem areas of the squad.

Their full-back positions have always been a little worser for wear than the teams around them, and they needed more consistent fire-power up top if they were going to hold any hope of maintaining some good form against other, more comfortable, Premier League clubs. In fact, with Fulham, West Bromwich Albion and Burnley struggling like they have (without spending anywhere near as much as Sheffield United have so far this year), I think the Blades have missed a trick with their recruitment. They needed a depth their squad quality and they simply didn’t get it, but their manager doesn’t seem all too perturbed by their lack of form:

” At this stage, it’s just critical that we take each game as it comes, and make sure that we take our chances when they arise. Opportunities will come, we’ve got a good group of lads, and I think we can make it out of this poor spell of performances with one or two good ones. “

At the time of writing, the team sit at the football of the Premier League table, with only a solitary point from 14 games – 6 adrift of their nearest rival, leave alone the 9 they’d require to get them out of the relegation zone provided that things go their way. And despite a somewhat interesting performance in a 2-3 home loss to Manchester United this past week, I’m simply not convinced enough by Sheffield United’s performances, that they possess the minerals required to keep them in the league much longer.

I don’t think we should take much away from Chris Wilder’s empire at Sheffield United and, if anything, I do feel quite sorry for them at how they’ve been having to roll with more punches than others with the pandemic taking its toll. But it’s the opinion of the founder of Ultra United (‘Ultra UTD’), that they won’t last much longer in the Premier League … unless they are able to recruit for some broader depth in quality in the January window – be it on loan or permanent arrangements.

What do you think about Sheffield United’s chances in the Premier League? Share this post and let us know!