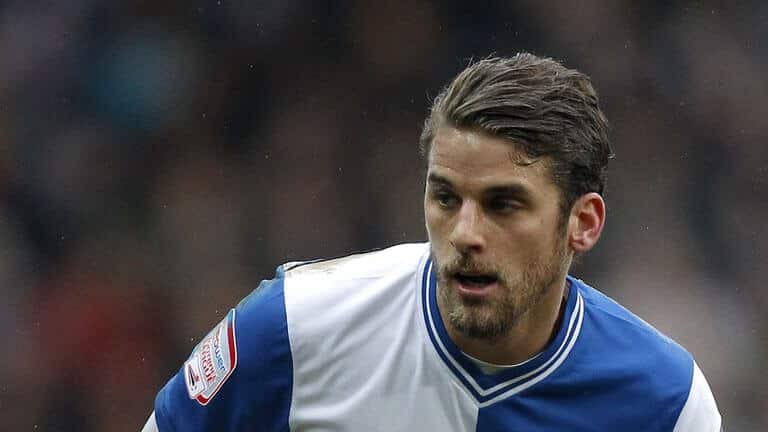 I bet everybody reading this has wanted to be a footballer at some point, but David Bentley is here to remind us that personal satisfaction should be prioritised ahead of anything …

Once branded ‘the next David Beckham’, David Bentley graced our game for not as long as we wanted or expected having retired at the age of only 29. Making a total of 201 senior club appearances and achieving 7 senior international caps for England, the talented player from Peterborough felt it was time to call it a day back in 2013.

Although starting his career in the red side of North London for Arsenal, it’s fair to say we saw the best of him during his spells at both Blackburn and Spurs when he featured most and really showed his ability in both open play and on dead ball situations. When he signed permanently for Blackburn Rovers in 2006, he celebrated this in his first match by scoring his first senior hat-trick in a 4–3 victory against Manchester United, and became the first player in the Premier League to score three against The Red Devils.

That season he was a regular under Mark Hughes and helped the club finish sixth in league standings and qualify for the 06/07 UEFA Cup. During this time he was strongly linked with a move to Manchester United but committed his future to Blackburn with Mark Hughes describing Bentley as “a great talent with a big future”, and Blackburn chairman at the time John Williams adding that he “is widely regarded as one of the best young footballers in the country“. Bentley ended the 06/07 season with 7 goals and 13 assists and was voted by Blackburn Rovers fans as their player of the season.

Although staying loyal for another season and replicating similar stats, in 2008 the lure of Tottenham Hotspur was too much along with the £15 Million transfer fee. He joins luminaries such as Sol Campbell, Pat Jennings, and Willie Young by holding the distinction of playing for both North London rivals. The move was met with excitement by the Spurs faithful and in his first three months he was a regular who scored his first goal in a UEFA Cup tie against Wisła Kraków and a superb volley in the North London Derby against Arsenal in a 4-4 thriller that will be always remembered in that region.

However during his time with Tottenham, he was open about not enjoying the ‘football life’ with injuries and I’m sure the form of Aaron Lennon not helping. In 2011, he went on loan to various clubs including Birmingham City, West Ham, FC Rostov and back to Blackburn Rovers. Accumulating no goals during this this period he felt right to hang up his boots and the end finally came after being substituted in a league game against Cardiff City. He then made the decision that he had played his last game as a professional footballer.

Although some would contend that Bentley failed to make the most of his career and his undoubted talent, the man himself is adamant that he made the right decision and that he has no regrets after seeking new ventures! And looking back on his career, all we can see us a man who took every opportunity as it came to him, and dictated the way he wanted his life to be – as opposed to letting it dictate him.

Get your best David Bentley memory down below and let’s reminisce!