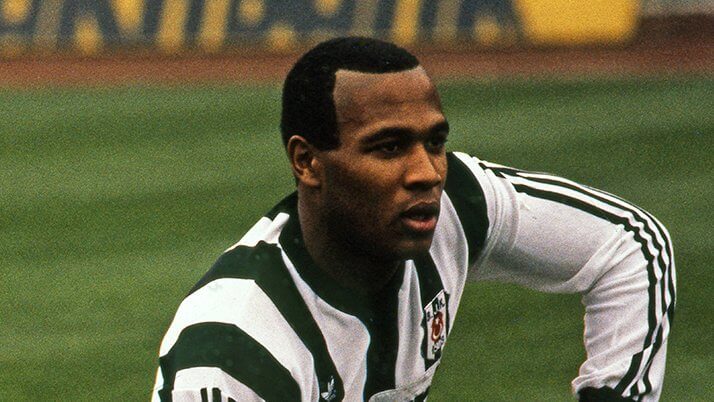 We shouldn’t speak ill of another country’s customs, but let’s just say that this is … rather unusual to those unaccustomed with such practises.

To the millennials of today, Les Ferdinand’s entire introduction into the football world is relatively unusual to what we come to expect. Nowadays, it seems almost a standard practise for any bright footballer to cut their teeth in a strong academy from up and down the country.

In some instances, like we’ve seen more recently with Ryan Gauld, players might test themselves early on by venturing abroad to experience a new way of playing and broaden their horizons. But back in the days of Les Ferdinand’s and multiple players before him, the world of non-league is the closest home for them.

Before developing into the legendary striker we all know and appreciate today, Les Ferdinand had a rather long way to go before being recognised by the elite clubs in England. In fact, from when he was rising through the ranks at Queen’s Park Rangers nearer to home, he had to come even further. Whereupon a number of loan spells greeted his earlier years – taking him to to delightfully different clubs: Brentford & Besiktas.

Relatively close by, being at Brentford was a joy for Les, but Besiktas was something which really interested him. Not least for exploring ‘the fear of the unknown’ and seeing what it had in store for him. And … well … let’s just say that he was right to be initially skeptical about what he was about to experience there.

“I remember being greeted by a load of fans at the airport – which was weird considering I’d barely cut my teeth at Q.P.R. – but then I got to the stadium for the first time where I was to be presented to the Besiktas fans. I’d heard about them slaying goats before matches (which is true btw), but they gave me this dove to let free. I throw it up and it tumbles to the ground … then someone comes and stretches its wings. Until finally, it flies away and everybody cheers. Thank goodness it did, because it could have been awkward otherwise!“

Sir Les Ferdinand on his Besiktas Initiation in 1988

Yes, you read that correctly, when signed on loan (not even permanently) to Besiktas in 1988, Les Ferdinand’s first ever task was to release a dove into the stadium – as a sign of what prosperity was to come along with his arrival. Could you imagine a Premier League club doing this? Tbh, I think it’d be quite nice to watch (if done delicately).

Any long-term readers here at Ultra United will know that I’m a big fan of the Sky Sports ‘Transfer Talk’ Podcast, in particular this wonderful edition from Les Ferdinand. Not only is he a great professional with a lot of insight to offer but his story is one of grit, talent and outright dedication for the beautiful game. It even has a bloomin’ dove being thrown about in front of Besiktas fans, so what’s not to love?!