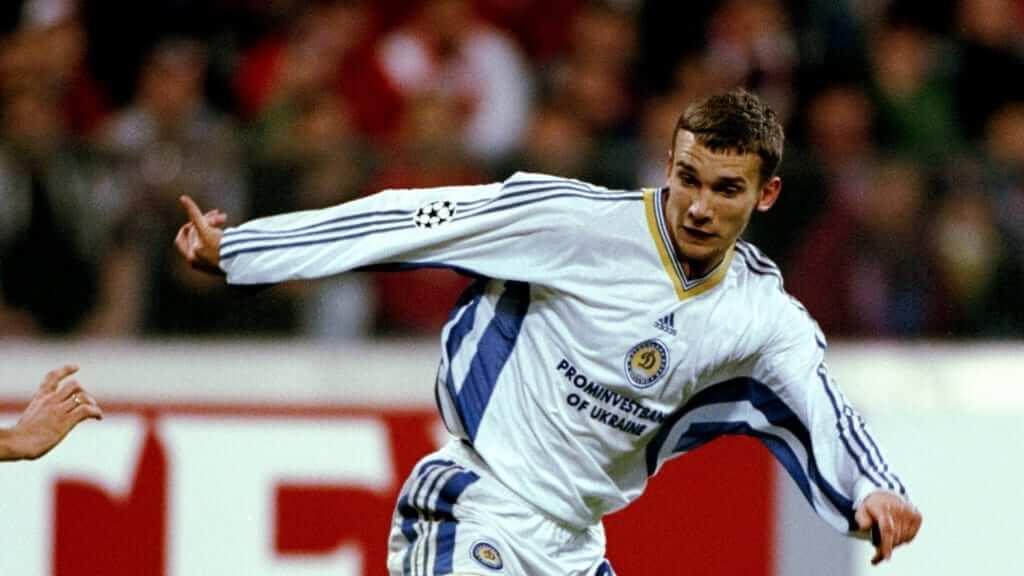 So there I was, just listening to a ‘Transfer Talk’ podcast at the gym, whereupon this strange ol’ story came blaring through my headphones.

Anyone who follows my content whatsoever knows my feelings towards Andriy Shevchenko. In particular, how his unfortunate stint with Jose Mourinho’s Chelsea in the early 2000’s should do very little to mask his true identity as one of the game’s most clinical, consistent and deadly forwards from that era.

Such recollection comes (predominantly) from his time at A.C. Milan, which in itself, derives from a stellar few years back home with Dynamo Kiev. Over time, his abilities became much less of a talking point and far more obvious to the untrained eye, but way back before this, even he would’ve had to prove himself to potential suitors …

Such was the case very early on in Andriy Shevchenko’s career – even before he was an official professional – aged seventeen in 1992 prior to breaking through in the ranks at Kiev. Back then, it was easier for agents to take their talent all over Europe with the aim of seeing who’d be open to having them on trial. And thus, we come to this story here, with Harry Redknapp’s West Ham United playing host to the Ukrainian forward.

“Well, we had a couple of kids from Ukraine come into the training ground … they were set up to play against Barnet reserves in their facilities up the road from us, and we saw the lad. He was good, decent striker but I remember they wanted £1million for him which was a lot of money back then for an unproven talent”

Harry Redknapp, on trialling Andriy Shevchenko at West Ham in 1992

As his tone of voice (and history) would come to reveal, Harry Redknapp decided against signing a young Andriy Shevchenko when he ran things at West Ham. To this day, he isn’t entirely sure that the youngster he saw was the main man himself, though some jibes from the agents he remains close to would suggest that he was.

Obviously, it’s ludicrous to suggest that Andriy Shevchenko would have automatically given to West Ham what he ended up giving to his eventual employees. But we all love a good transfer ‘what if’ story and this has gotta rank high among them for how insane things appear with hindsight. Tbh, we are talking about a club which once bought two of the most highly coveted South American youngsters for a pittance in their history, so stranger things have definitely happened in the world of West Ham United. And Andriy Shevchenko could have been one of ’em.

Did you know about this Andriy Shevchenko story? Let us know below!